Lana Condor on Self-Care, Loving Yourself, and What She’s Learned from Lara Jean

Ever since the 2018 release of the run-away hit To All the Boys I’ve Loved Before—a Netflix adaptation of the book by Jenny Han—Condor, the film’s breakout star, cemented a new standard for the types of actresses who would fill the starring roles in pop culture-defining romantic comedies for today’s modern millennial audience.

While playing the role of the beloved character of Lara Jean Covey, Condor could simultaneously shift between being cute and comical, and sexy and sincere, but most importantly, she showcased with her stellar performance that the girl who gets her happily ever after at the end of it all can be any of us.

What comes with being an in-demand Hollywood It girl, however, is a rigorous, nonstop schedule that can set any on-the-rise star quickly off balance. In the two years that Condor has seen her star power rise, as well as filming back-to-back sequels for To All the Boys, the 22-year-old actress has prioritized making time for self-care and learning to love and accept the body she was born with. Condor’s newfound mission to preserve her physical and mental well-being pairs perfectly with her new partnership with Aerie as an AerieREAL Role Model. As an official ambassador for the brand, Condor—along with newly initiated fellow actors Beanie Feldstein and Hari Nef—will continue to promote the Aerie mission statement of unapologetically loving yourself, inside and out.

“When I was a younger girl, and even today, the women that I loved the most were the ones that were just so unapologetically themselves and just radiated love. And I think that that really makes someone who they are today,” Condor tells BAZAAR.com. “I’m so proud to become a part of this [campaign] because it’s so aligned with what I believe and what I’ve tried to promote through my own career.” 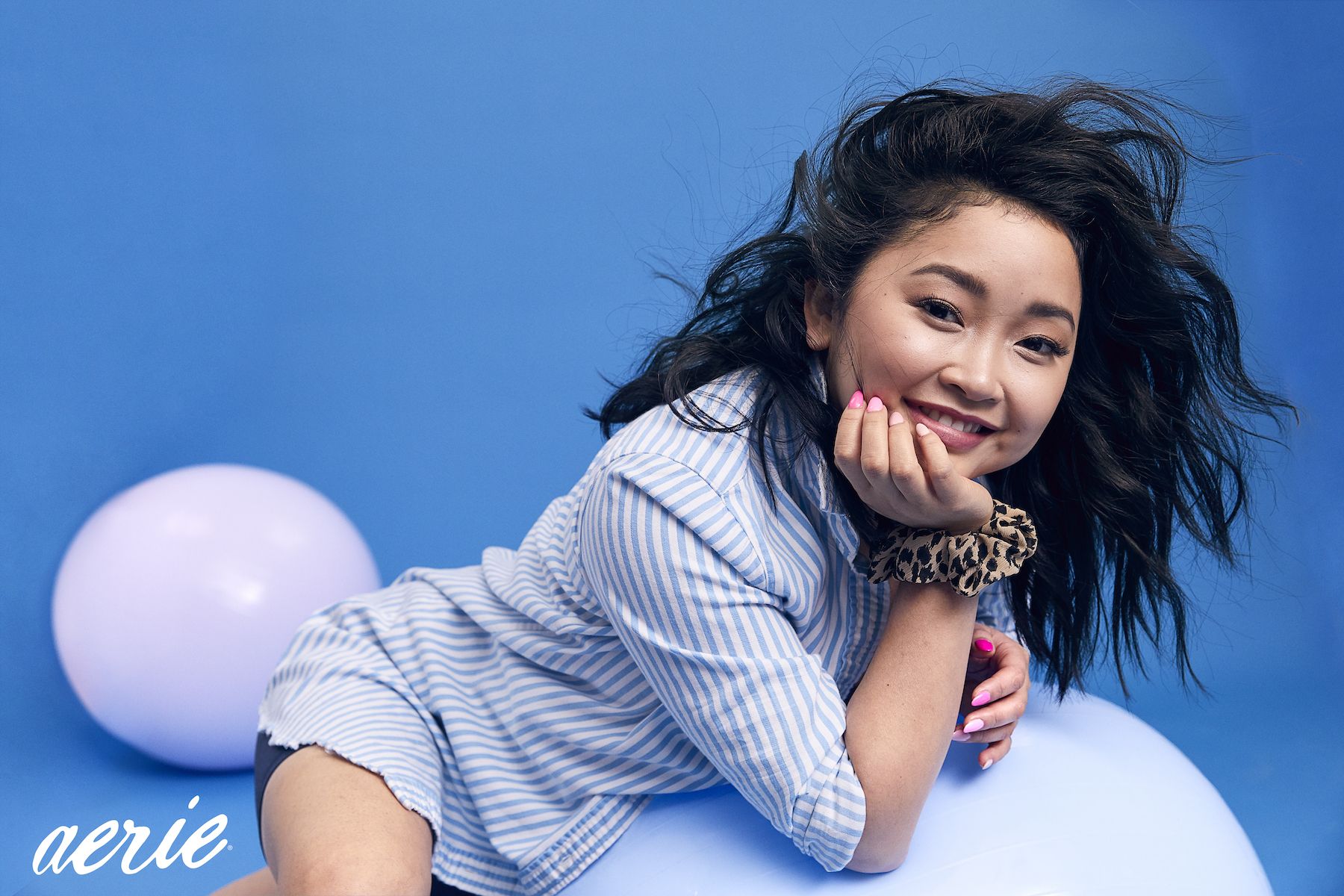 For Condor, being an AerieREAL Role Model isn’t about promoting an unattainable lifestyle, but rather finding the time to allow oneself to learn how to respect the beautifully unique bodies women are given.

“Girls are ever-changing, and I think that we need to talk more about that publicly because our bodies change because we’re growing, we can bear children. And as oftentimes, I think, at least for me and my childhood, the women that had the public eye were always really the same,” says Condor. “They’re blonde and skinny and blonde and tall, which, that’s beautiful as well, absolutely, but I think that it’s important to see real bodies, real bodies that aren’t retouched and that represent the way that the world actually looks and to celebrate that.”

Learning to practice self-love is always easier said than done, however. For Condor, in between some of her favorite self-care practices, like doing yoga, cooking, and reading thriller novels, she makes it a mission to speak to herself as she would her best friend—because, why shouldn’t we?

“The way that I talk to myself needs to be the way that I would talk to my best friend. I would never be mean to my friend. I would never call my best friend the things that sometimes pop into my head about myself,” explains Condor. “ It’s an everyday journey. That’s the reality of it, because every day you have to work on it. But it’s the little things, like being soft and gentle to myself and to my mind, the way that I speak to myself, in a way that’s different from the little voice who’s in everyone’s head, at least for me, that can tend to lean towards and talk to yourself negatively.”

As we near the premiere of the next installment of To All the Boys, Condor is anxious to witness the film’s devout fan base experience the next part of her character Lara Jean’s romantic journey. It’s inferred in the film’s official trailer that a love triangle is brewing between Lara Jean; her boyfriend, Peter Kavinsky; and the first unrequited love of her life, John Ambrose McClaren.

“I think that Lara Jean, she’s finally in a real relationship, but she is trying to figure out who she is and who she wants to be, and is trying to find her voice in the sequel—and also trying to find who is most compatible with her, because there’s a major love triangle in the movie,” explains Condor. “And I think being a Role Model is perfectly aligned to someone that Lara Jean would look to, which is trying to figure out how to be proud of herself, how to find confidence, and how to make decisions based on what’s best for her, even if it’s not the most popular decision. I think people are going to be very confused after they watch the movie, because their hearts will be torn in two directions. So it’s exciting. I’m excited to see the response to it.”

Though Condor officially wrapped filming for the third installment of To All the Boys in August, the lessons she’s learned while portraying Lara Jean are set to last the young actress a lifetime.

“I learned that there’s a lot of strength in softness. I think that Lara Jean is a very soft, loving young woman, and to preserve that softness and to preserve that sense of childlike wonder no matter how much the world maybe wants to take that away from you at times, something that I really got from her,” says Condor. “And I feel so fortunate to have been able to play her, and she has been a major part of my life.”