Leona Lewis accuses Michael Costello of bullying: ‘I was so humiliated’

Leona Lewis and Michael Costello are burying the hatchet.

After the fashion designer responded to the “Bleeding Love” singer’s accusations of body-shaming and bullying, Lewis said on Wednesday that she’s opted to “choose forgiveness.”

“I love you guys so much for the support you’ve shown, there are always 2 sides to every story and that’s clear here but I choose forgiveness,” the 36-year-old musician wrote in a brief Instagram Story on Wednesday.

She added, “Michael, Thankyou [sic] for your apology, I wish you healing and that you feel better. For now today is a new day, spread love.” 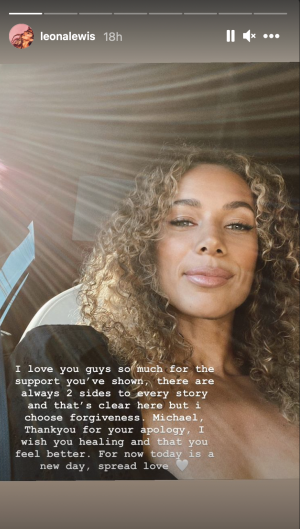 While he didn’t mention Lewis by name, he wrote, “I have spoken my truth and I’m going to leave it as is. The public can interpret however they like, but you know who I am.” 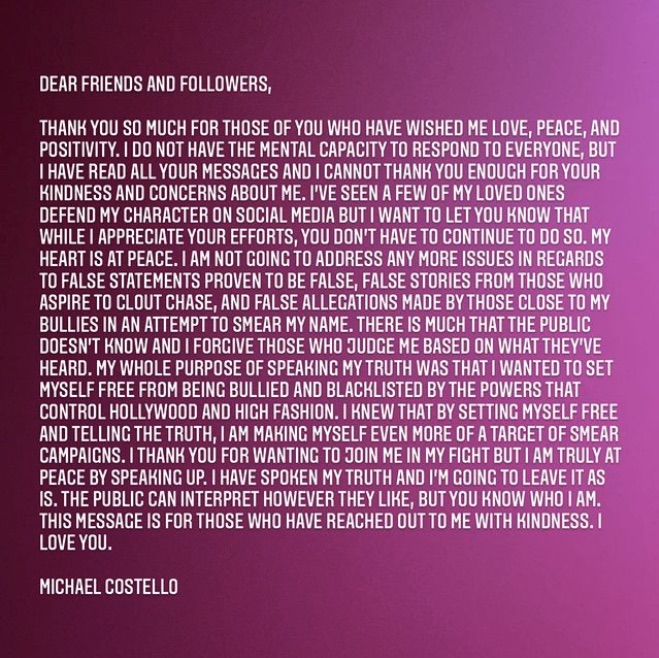 Lewis originally took to social media on Tuesday to accuse the “Project Runway” designer of refusing to make a dress in her size for a 2014 charity fashion show, leaving her feeling “embarrassed” and “deeply hurt.”

“When I got to my fitting I was made to feel very awkward and uncomfortable as the dress was a sample size and he/his team clearly did not want to alter it to fit me,” she wrote in a series of lengthy Instagram Stories, which were posted shortly after Costello leveled his own bullying claims against Chrissy Teigen. 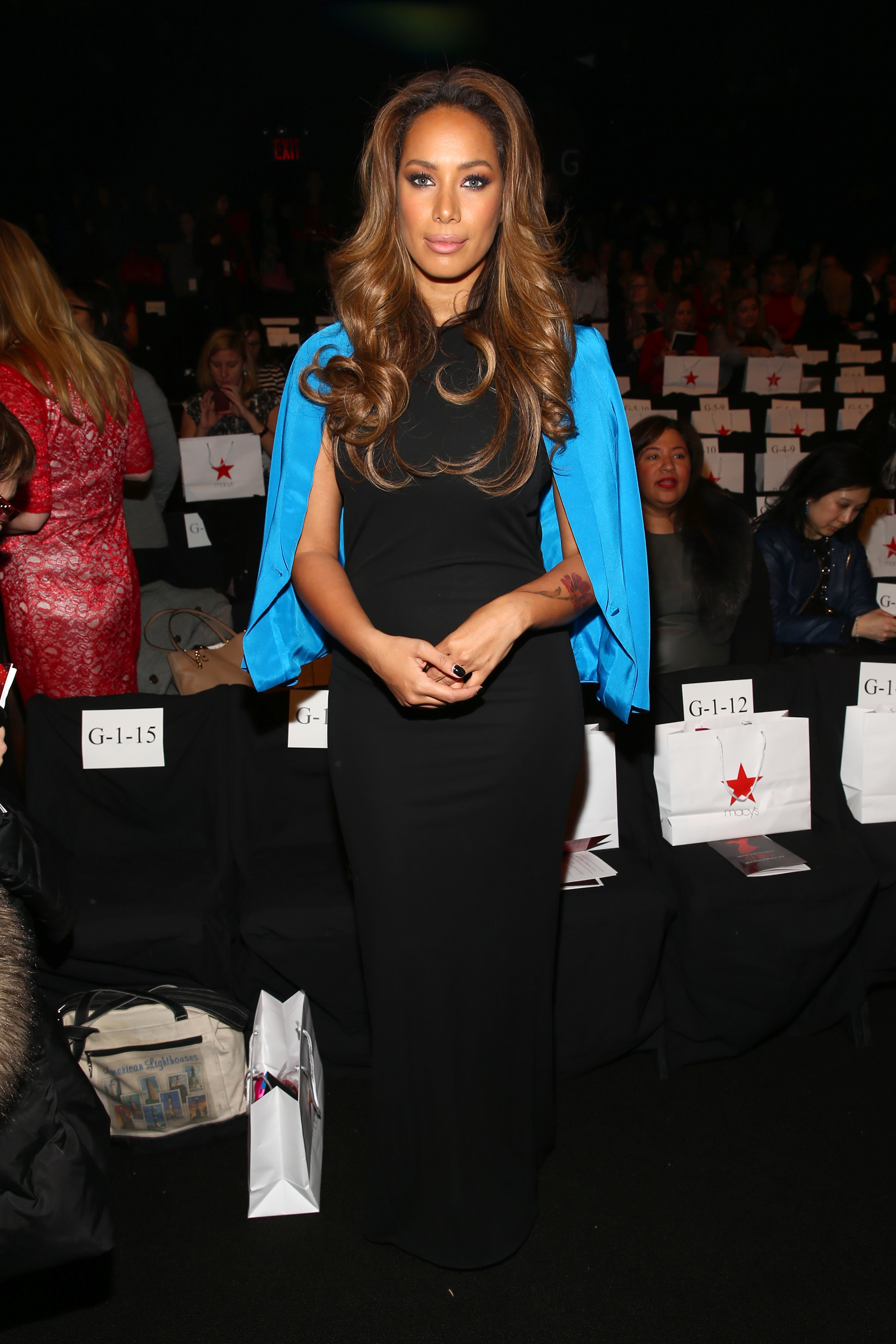 In an earlier statement to Page Six Style, Costello responded to the claims and pointed out the “bizarre” timing of the accusations, given he had recently spoken out about Teigen’s alleged bullying and blacklisting.

“I have always been a fan of Leona Lewis and she has always adored me. Her team has continuously requested for her to wear us from 2013 up until now,” said the designer. He also hit back at the allegations in an Instagram Story, saying that he “still love[s]” Lewis and claiming that her stylist had requested looks from his label as recently as May 17, 2021.

“It’s bizarre how her attitude towards me shifted as soon as I spoke my truth in regards to Chrissy Teigen and others trying to blacklist me,” he added.

Costello further explained that the sizing snafu was the result of logistical challenges rather than sizeism, saying he was “very excited” when asked to dress Lewis for the Heart Truth Red Dress Collection show.

“It was nothing personal towards Leona. The plan simply did not work out the way we intended. I have always offered to make something custom and special just for her. I am always here for her,” he said in the statement. 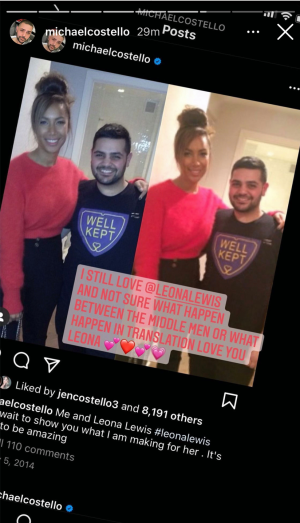 He explained that since the New York Fashion Week charity show was scheduled one day before his own runway presentation, he “thought it would be ideal to lend her one of my showpieces all for charity and then have it returned just in time for my show.”

“Unfortunately none of the red options worked out for Leona. There was no way for me to make her an alternative option as I was, and still am, based in Los Angeles,” his statement continued.

“If we had known about the event more than 7 days in advance, which is the timeframe we had, we could have made something custom for Leona without a doubt.”

Although Lewis accepted his apology, Costello said on Tuesday that he was “still waiting” for an apology of his own from Teigen — who, prior to his claims, had apologized for her past cruel comments to stars including Courtney Stodden and Lindsey Lohan.

The designer claimed that he was blacklisted by Teigen and her stylist, Monica Rose, following an allegedly Photoshopped Instagram comment where he appeared to use a racial slur.

“I didn’t see the point of living,” Costello wrote of the alleged bullying earlier this week. “There was no way I can ever escape from being the target of the powerful elites in Hollywood.”