The Red Devils were beaten on penalties by the Spanish side having played out a 1-1 draw after extra time. 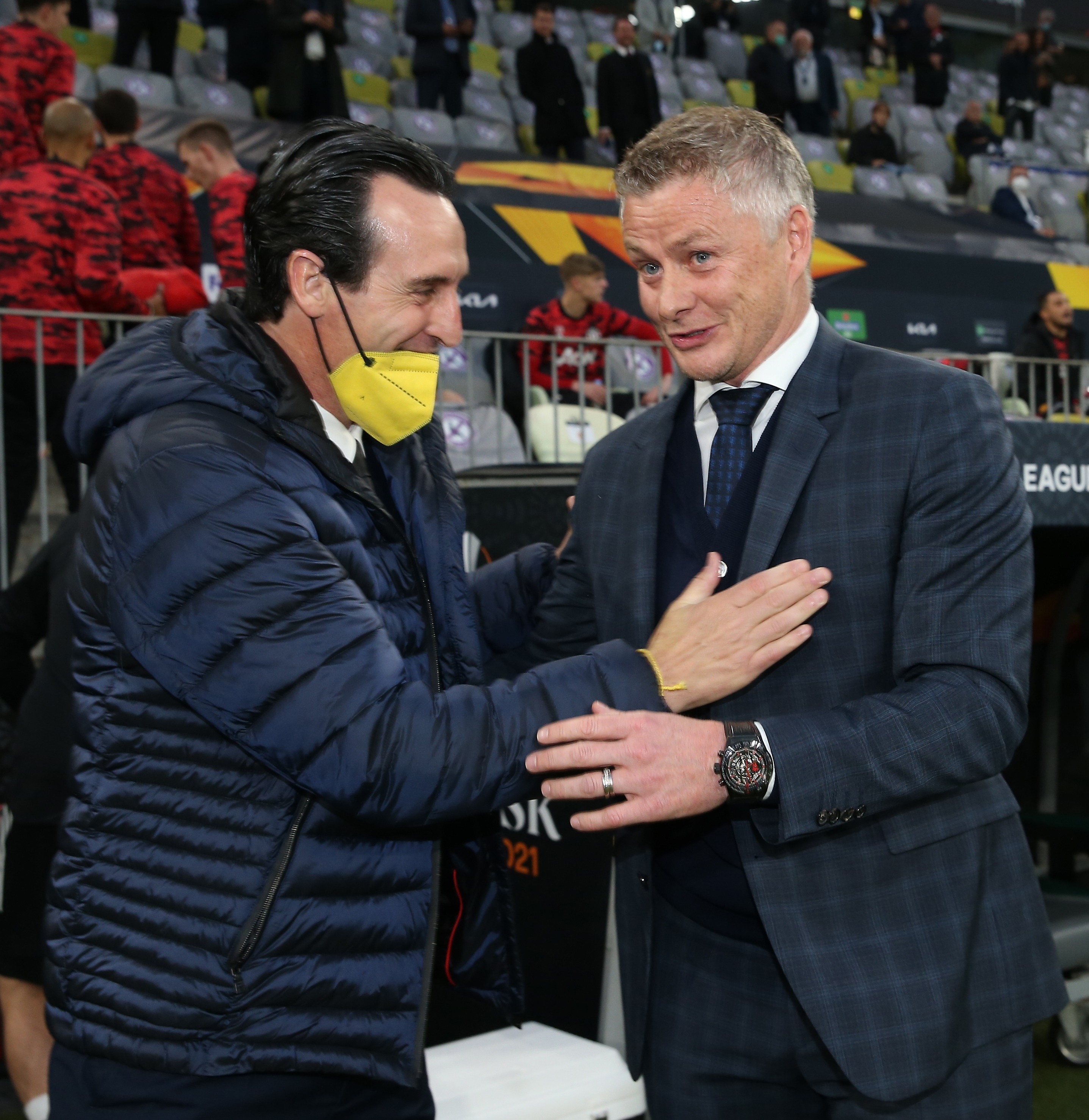 The defeat extends Solskjaer's wait for a trophy as Man Utd boss, a role he began in December 2018.

And Merson has not held back in his criticism of both the team and Solskjaer's management of the Europa League final.

Speaking in his column for Sky Sports, he said: "It was really disappointing for Manchester United on Wednesday night. Actually, I thought it was shocking, if I'm being honest.

"I watched the game and even after extra time, 120 minutes off football, neither goalkeeper had to make a save.

"Ole Gunnar Solskjaer got embarrassed really. Villarreal made the five substitutions and it was really clever from Unai Emery. They had the fresher legs in extra time, and they didn't really look like losing.

"They looked the better team and Solskjaer just didn't react. He just didn't change it up and they paid the price in the end.

"Villarreal have got no legs in their team. They were playing for one thing only, in my opinion, and that was penalties, but Solskjaer brings on Fred and leaves Donny van de Beek on the touchline. Why is that? Is it because it's the easy thing to do.

"It just all seems too friendly to me. It seems like he doesn't want to upset anyone. Everyone is waiting for someone else to do something."

Solskjaer did not make a substitution in the game until ten minutes into extra time when he brought Fred on for Mason Greenwood, by which point Emery had already made five changes.

De Gea had not saved a penalty since 2016 before the shoot-out against Villarreal.

And in Gdansk the 30-year-old failed to stop any of the 11 spot kicks he faced and then missed the decisive penalty for Man Utd to hand the Spanish team victory.

"How you can have a goalkeeper in goal for a penalty shootout that hasn’t saved a penalty in the Premier League in six-and-half years?," Merson added.

"De Gea never got close to one. He didn’t even dive like he was going to save a penalty.

"He dived at one and I don’t think the lad had even turned around to take the penalty! I’ve never seen anything like it."