Maple Leafs' John Tavares out of the hospital after scary collision, team says 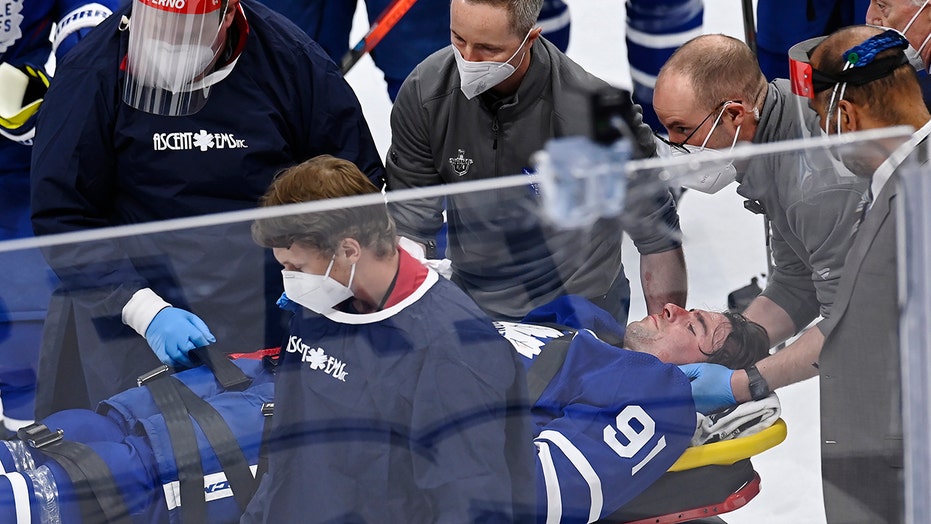 Toronto Maple Leafs center John Tavares was released from the hospital Friday just hours after taking a scary hit to the head during a playoff game against the Montreal Canadiens.

The team said Tavares will be out indefinitely.

“Toronto Maple Leafs captain John Tavares has been discharged from the hospital this morning. He was thorough examined and assessed by the neurological team at St. Michael’s Hospital and the club’s medical director. He was kept overnight for observation and is now resting at home under the care and supervision of team physicians. Tavares will be out indefinitely,” the team said.

Tavares left the Scotiabank Arena in Toronto on a stretcher Thursday night after taking an accidental knee to the head from Canadiens forward Corey Perry.

Play immediately stopped as Tavares was lying on the ground.

Perry expressed his astonishment with what transpired in the postgame press conference.

“He got hit and I was coming out of the zone,” Perry said, via NHL.com. “He fell and I tried to jump over him and unfortunately I caught my knee on his head. I don’t know what else to do there. I know Johnny pretty well. I just hope he is OK.”

He added: “I felt sick to my stomach when I saw it. It was a scary situation. I’ll reach out to him and talk to him and hope he’s OK. [Maple Leafs forward Nick Foligno] came up to me and said, ‘Let’s just settle this now, let’s not wait.’ You’ve got to do what you’ve got to do.’”