According to KonMari consultant Katrina Hassan, from London, the same method can be applied to your phone.

The organising expert has shared a picture of her perfectly organised apps after grouping them in different folders based on their colour instead of categories. 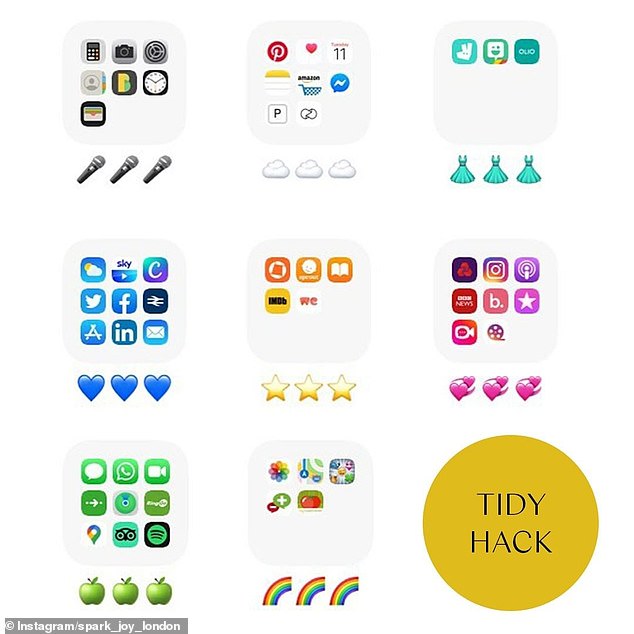 ‘Hands up if you need to KonMari your digital life? This is how I organise my apps in colour order on my phone. I know it wouldn’t work for some people but it definitely works for me,’ Katrina said on Instagram.

Her post was later re-shared by the Japanese organising expert, and has since gone viral after it was ‘liked’ more than 25,000 times.

‘Many people sort their apps by category, but organising by colour offers a joyful display every time you unlock your phone,’ Kondo said.

Everyone was amazed by the colour-coordinated groups, with many saying they organise their phones in a similar way.

‘I do it by colour, but blue is getting pretty crowded. I’ve had to sort by shades of blue,’ one said.

‘I thought I was the only one doing that,’ another said.

One said: ‘I organise my apps by type, and then colour the folders in rainbow order  that way it looks aesthetically pleasing, but also makes organisational sense.’

Another said: ‘I have it like this and it’s super useful.’

And another said: ‘I organise by categories and inside the categories by colours.’ 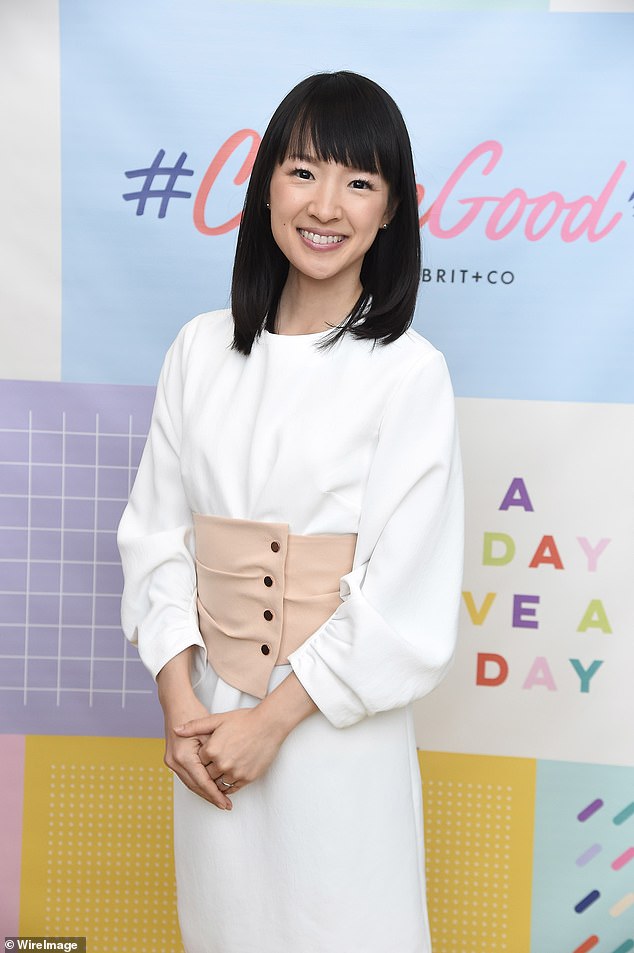 Marie Kondo’s (pictured) principles of tidying aren’t just about decluttering your house. According to the UK KonMari consultant, the same method can be applied to your phone

But others were not on board with the colours, saying they organise their apps based on categories.

‘That looks really nice, but I couldn’t stand it, to be sure. My head needs to see everything sorted by categories and common features. I can’t even imagine that there are people who organise their bookshelf by colour, something explodes deeply in my soul,’ one said.

One added: ‘It definitely looks pretty but I like to sort by type: settings, photos, shopping, social media, music, etc.’

While some suggested organising by colours could make it harder to find apps.

‘Never thought about organising by colours. Will never find the right apps,’ one said.

And another said: ‘How can you remember which is where? Very pretty but I would go nuts.’