The Manx Missile was competing in the Madison at the Six Days of Ghent on Sunday when Olympic and world champion Lasse Norman Hansen was wiped out by fellow rider Kenny de Ketele. 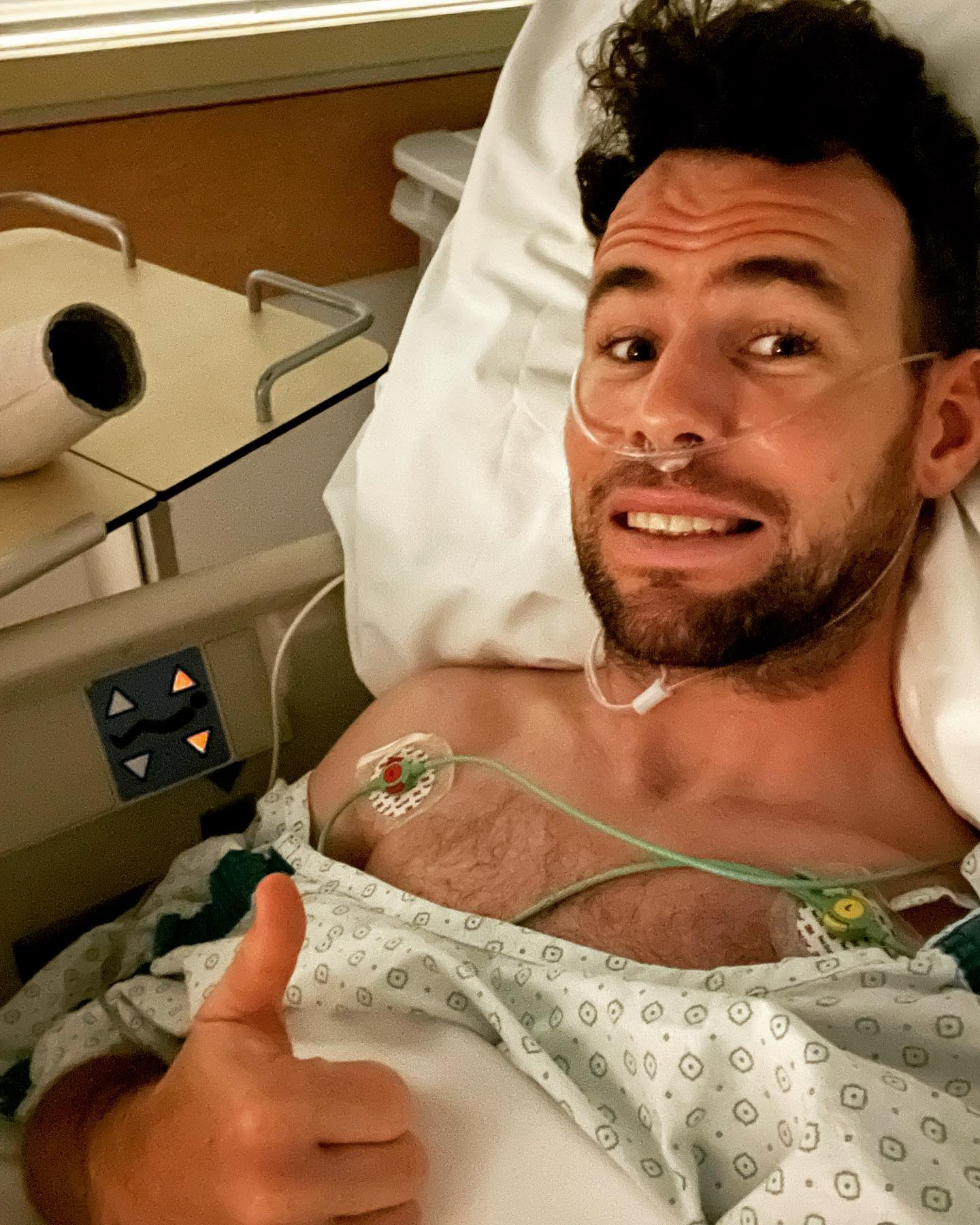 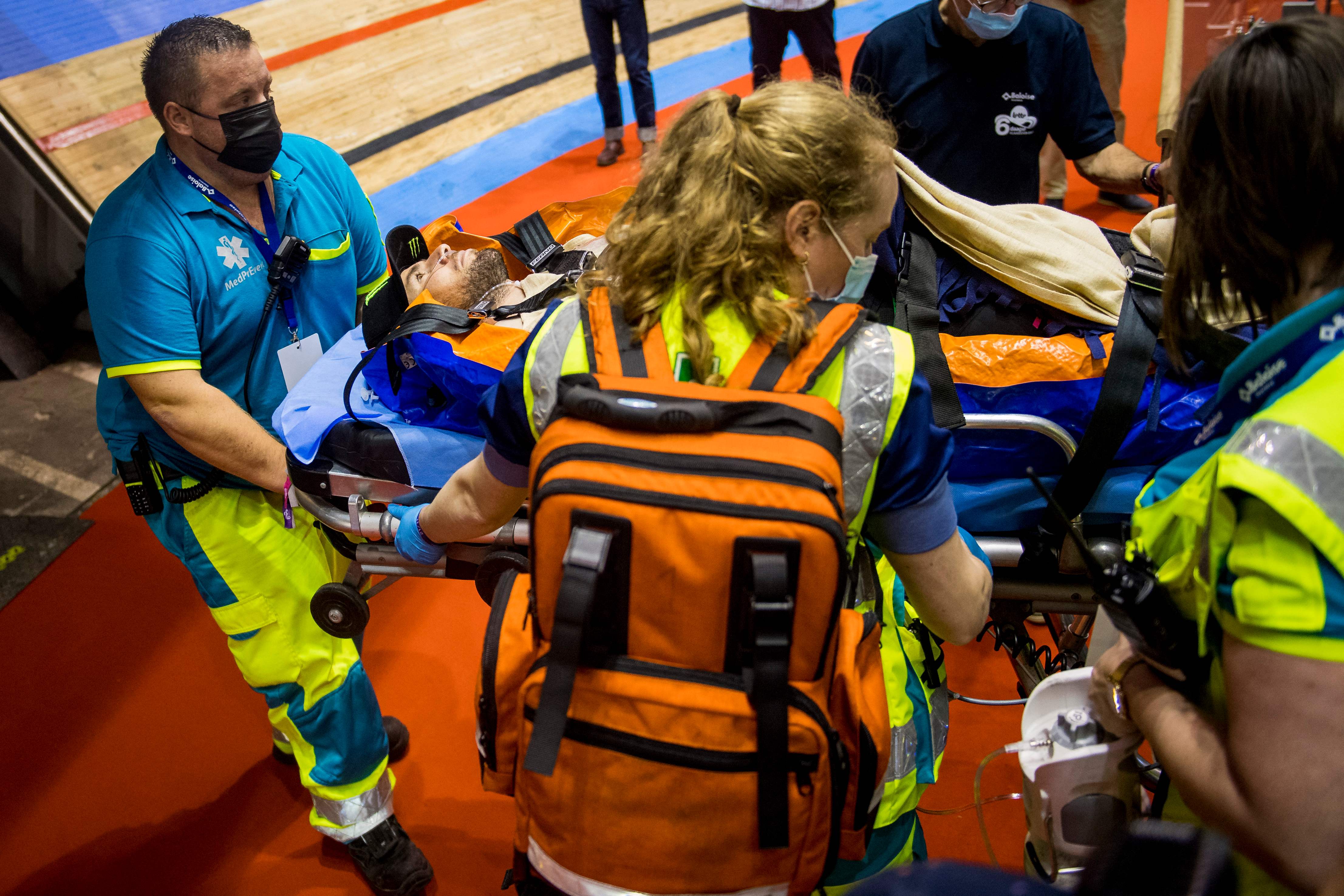 The 36-year-old had nowhere to go and rode straight into the Dane’s bike, which sent him crashing to floor.

It is believed water on the track caused Ketele to swerve uncontrollably upwards.

The Tour de France sprinter waved to the crowd when he got to his feet.

But he was then taken to hospital on a stretcher as a precautionary measure and remained there for observation.

Cavendish wrote on Instagram: “Just want to say how overwhelmed & thankful I am for all the support and well-wishes.

“So Ghent didn’t end the way we’d have preferred, I think it’s fair to say.

“Some water on the track, a high speed crash and a few barrel rolls later, I’m being treated for some broken ribs & a pneumothorax.

“In a bit of pain, but a couple of nights with the incredible staff here at Ghent University Hospital should sort me out.”

Cavendish’s team Deceuninck–QuickStep added: “Examinations showed that Mark has suffered two broken ribs on this left side and has a small pneumothorax.

“Both of which have been treated with medication and he has been kept in the hospital for observation.

“It is expected that Mark will be discharged either on Monday or Tuesday and will then undergo a period of recuperation.

“Everybody at Deceuninck–QuickStep wishes Mark a speedy recovery.”

Wife Peta, a former Page 3 girl, said: “Thank you for all the messages.

“Thank you to all the medical staff that helped us and also to the Deceuninck – Quick-Step staff that sprung into action to help me and the kids.”