Meghan Markle and Prince Harry may be winding down their time as senior working members of Britain's royal family—but they're sure going out with a sartorial bang.

The Duke and Duchess of Sussex arrived at the Mountbatten Festival of Music at the Royal Albert Hall in London on March 7 looking like a perfect matching set in bold red. The festival brings together world-class musicians, composers, and conductors to raise money for the Royal Marines Association.

Harry's military uniform made him look as princely as ever, and perfectly complimented his wife's red Safiyaa gown with a gorgeous cape detail. She accessorized with matching red heels, earrings, and a Manolo Blahnik clutch. If you're in the market, the $1700 dress is still available on the brand's website. Markle also wore another cape dress (in blue) by Safiyaa during her royal tour of Australia and New Zealand with Harry, just after announcing her pregnancy with baby Archie. It's easy to see why the brand has become one of her go-to's.

Check out how gorgeous she looks (Harry's not too shabby, either): 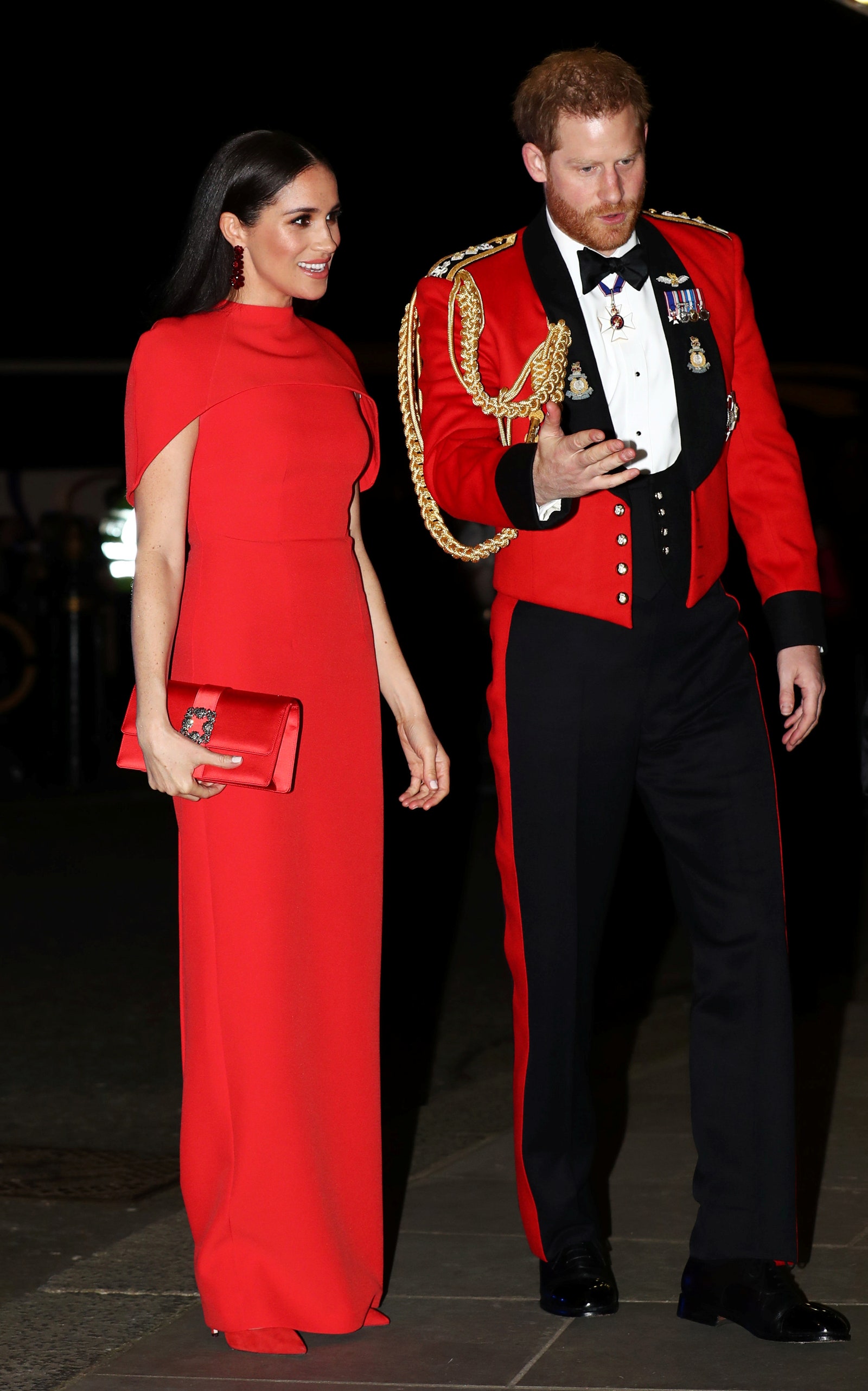 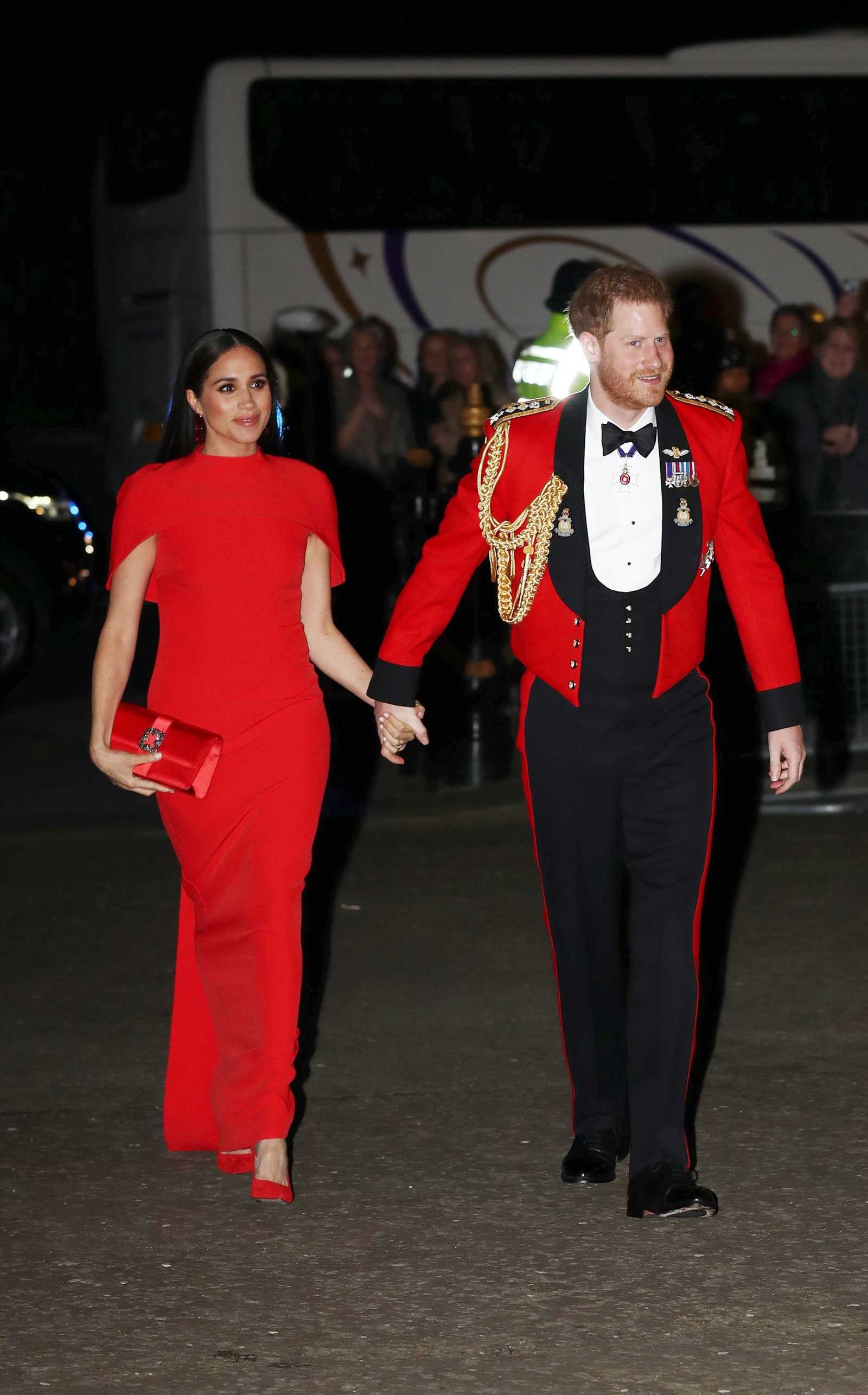 This is the second time we've seen Markle since the couple announced they were stepping down from their roles and moving (at least part-time) to Canada—and once again, she's opted for a bold, bright shade. For the Endeavor Fund Awards on March 5, the duchess wore a bright blue Victoria Beckham dress and navy heels.

We have to say, we're loving all this color—and the fact that the couple looks so happy and relaxed. With all the conversation and drama surrounding their new roles, it's great to see Markle's not shying away from making a bold statement with her outfits…and nobody's ever going to argue with seeing Harry in one of his uniforms.

We can't wait to see what Markle chooses to wear for the Commonwealth Day ceremonies on March 9, which will see the Sussexes publicly reunited with Prince William, Kate Middleton, Prince Charles, Duchess Camilla, and, of course, Queen Elizabeth II.