Men Yelling “Chinese” Tried To Punch Her Off Her Bike. She’s The Latest Victim Of Racist Attacks Linked To Coronavirus.

Jiye Seong-Yu’s experience in the Netherlands is being replicated across Europe, as racist attacks linked to the novel coronavirus spike. 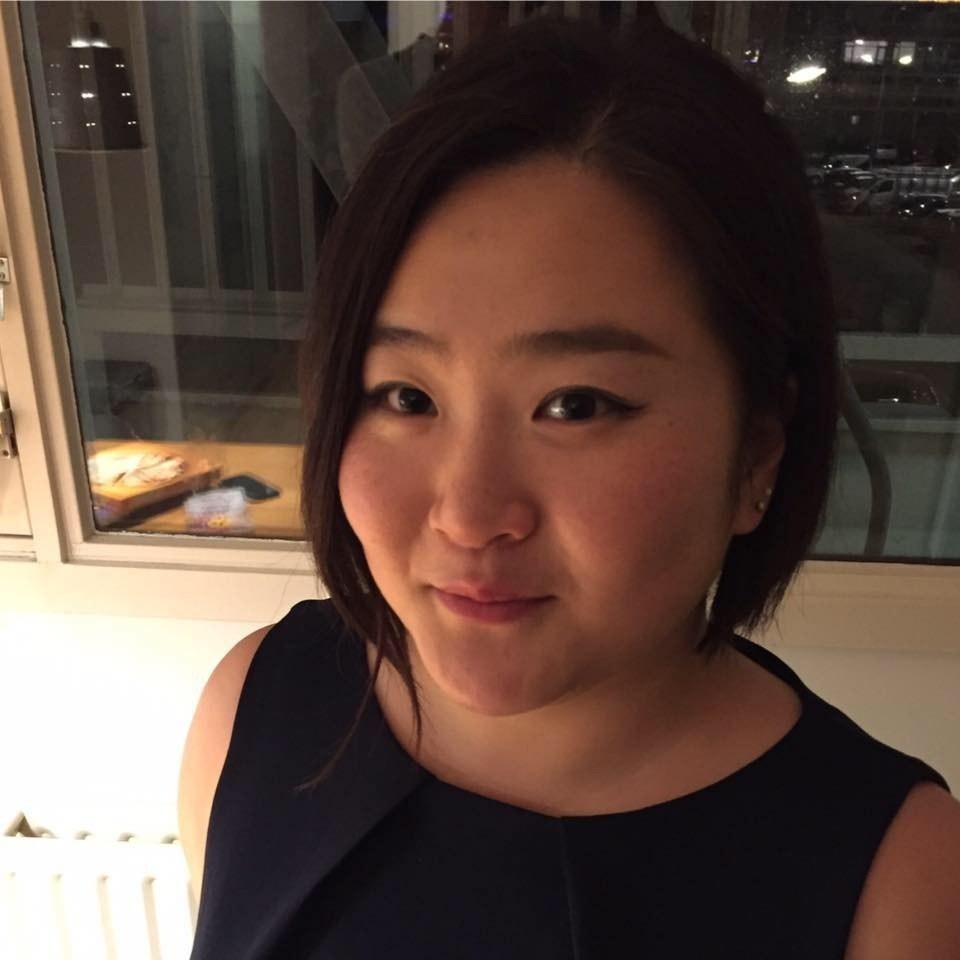 LONDON — It happened when Jiye Seong-Yu, a 29-year-old Korean interpreter who lives in the Netherlands, was biking the ten minutes home from the Monday dance class she looks forward to every week. Two men with brown hair and beards driving past her on a scooter yelled out “Chinese,” and the man sitting on the back tried to punch her.

“It was really scary because it was late, and I was alone and I was on a street where I couldn’t see anyone nearby,” she said.

Seong-Yu, who lives in The Hague, was on edge already because she was biking alone past 10 p.m. She swerved when she saw the punch coming and nearly crashed her bike. The men drove away and, terrified, she rode the rest of the way home to tell her roommates what had happened and to file a police report online, which BuzzFeed News has seen.

Seong-Yu, who has a Dutch stepfather and has lived in the Netherlands for three years, had just experienced what seemingly hundreds of people of East Asian descent have reported in Europe and the United States — a racist attack in the time of coronavirus. The problem is so bad that the South Korean embassy in Germany warned its citizens about possible incidents of racial violence in a Facebook post on Feb. 3 after reports that a 23-year-old Chinese woman was beaten by two women in Berlin and hospitalized.

In France, Twitter users of Chinese descent have used the hashtag #JeNeSuisPasUnVirus — meaning “I am not a virus” — to push back on racism. In the UK, a student said he was beaten up by men who yelled “I don’t want your coronavirus in my country,” and a 24-year-old tax consultant from Thailand was attacked and robbed by teenagers yelling “coronavirus.” In Italy, one of the countries the virus has hit the hardest, Chinese-Italian activists say misinformation from anti-immigration politicians has fueled assaults on people of East Asian descent and boycotts of Chinese businesses. In the United States, Asian Americans have reported being attacked and having racial slurs yelled at them in public, and Asian American lawmakers have urged their colleagues to quell hysteria by only sharing verified information.

Seong-Yu said she was so shaken by what happened to her that she decided not to go out at night at all for a couple of weeks. What if, she thought, she coughed in public? 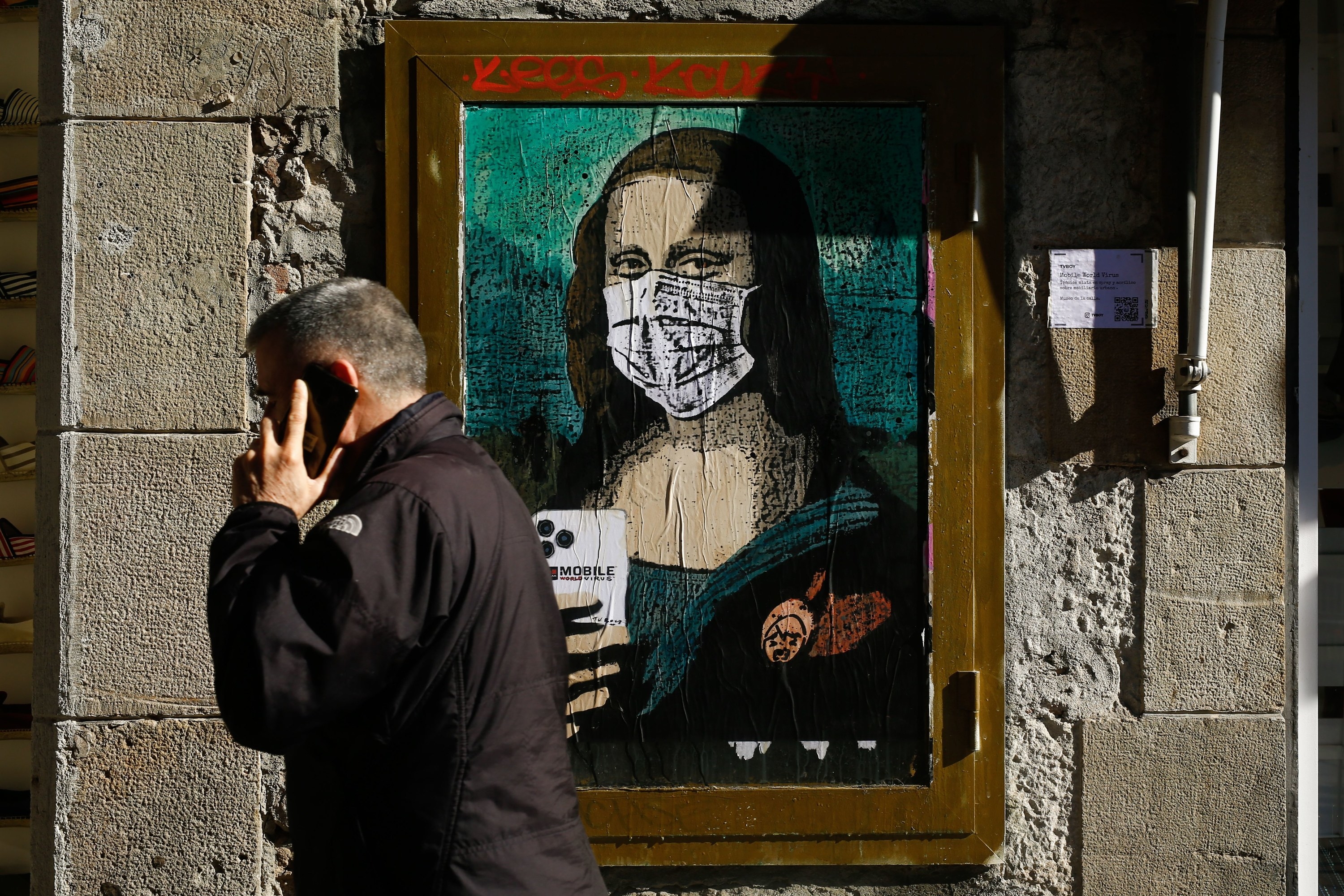 A man walks past a poster by Italian urban artist Salvatore Benintende aka “TVBOY” depicting Leonardo da Vinci’s Mona Lisa wearing a protective facemask and holding a mobile phone reading “Mobile World Virus” in a street of Barcelona on Feb. 18, a week after the World Mobile Congress was cancelled due to fears stemming from the novel coronavirus.

The harassment has also extended online.

Yvonne, a Korean-American woman in Amsterdam who declined to give her last name because she does not want to experience retaliation online, was called a “Chinese bitch” and other names on Facebook. A stranger commented on her Facebook profile photo, “this is corona.” Several of her friends reported the account to Facebook, she said. She shared screenshots with BuzzFeed News.

She was so shaken up by this, and about hearing of more violent incidents happening to other people of East Asian descent in the country, that she asked her Dutch husband, who is white, to accompany her to buy groceries.

After the incident with the scooter, Seong-Yu created a survey on Google Docs for people of East Asian descent living in Europe to describe incidents of racism they believed were linked to the coronavirus outbreak. After posting it on a Korean expat forum online, she quickly received more than 100 responses from people based in the Netherlands, Germany, Italy, Spain and France among other countries.

One person, who said they suffer from asthma, said they were followed by a group of male teenagers yelling “diseased Asian” and “corona Asian.” Another person said a man pushed them off a bicycle while they were biking to a club with some friends. They asked the man why, and he responded, “You’re Chinese, all Chinese people have the coronavirus.”

Another woman, who lives in the Netherlands, said she woke up in the morning and found a swastika scratched in the hallway outside her home. Only her Korean family and another family, who are white and Dutch, live in the building.

Seong-Yu said that she hopes the police can help her find security camera footage that would help her identify her attackers. But police told her, she said, that they can do little unless many more people report similar cases and a pattern emerges.

She is thinking of starting an organization with Korean friends in the country to raise awareness about racism targeting people of Asian descent there. She had experienced racism before in the Netherlands, she said, but the severity of this most recent attack shocked and scared her.

“It did surprise me,” she said. “I had been coming to the Netherlands with my stepdad who is Dutch and white and my mom for a long time. We never had these experiences when we came here as a family.”

“When I’m with white Dutch friends, this doesn’t happen to me,” she added. “It’s only when I’m alone or with other Asian girlfriends.”

To raise awareness, Seong-Yu wrote about the incident on her personal Facebook page. “So yes, this kind of shit is happening. Yes people are actually physically attacking Asians. So please don’t question us when we say it does,” she wrote. “We’re really tired of this shit.”