Methane levels made their biggest jump in 2020 since tracking began

What lockdown? Last year methane levels made their biggest jump since scientists began tracking in 1983

Global levels of the greenhouse gas methane had their biggest spike ever last year, according to researchers in Colorado.

Levels of the colorless, odorless gas, which have been steadily rising since 2007, jumped by 14.7 parts per billion in 2020, double the increase from 1983, when records started.

Methane is shorter-lived than carbon dioxide, also a greenhouse gas, yet it traps nearly 30 times more heat than CO2. 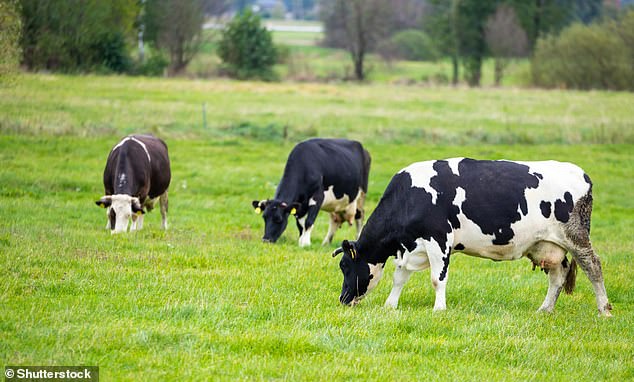 The amount of methane in the atmosphere rose 14.7 parts per billion in 2020, the most since records were first kept in the early 1980s. Cows emit  the potent greenhouse gas, that raps 30 times more heat than CO2

Though CO2 has always been the bigger worry, methane levels are shooting ahead of projections—and more disturbingly, scientists aren’t sure why.

Analysis from the National Oceanic and Atmospheric Administration (NOAA) showed the annual increase in atmospheric methane for 2020 was 14.7 parts per billion, the largest annual increase recorded since measurements started being taken in 1983.

Some experts have blamed fracking—its popularity in the mid-2000s coincided with the sudden uptick in methane levels.

Last fall, researchers at Stanford University and the Global Carbon Project were quick to blame the rise in methane on human activities like landfills, coal mining; oil and gas production; and cattle and sheep farming. 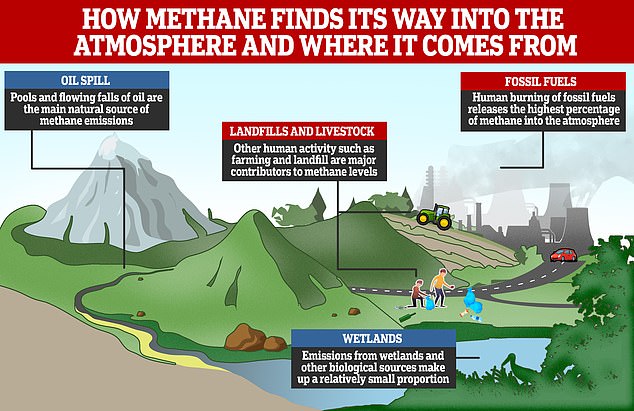 As well as livestock, sources of methane include fossil fuels like coal, oil spills and the decay of organic waste in municipal landfills

But methane analyzed more recently by researchers at the University of Colorado was richer in carbon-12, associated more with wetlands and agriculture than fossil fuels.

‘Fossil fuels are definitely part of the picture,’ Sylvia Michel, a researcher with the university’s Stable Isotope Library, told New Scientist. ‘But it’s hard to explain our data without having an increase in biogenic methane.’

Ironically, the pandemic lockdown may have played a factor: decreased traffic and shutdown of manufacturing lowered air pollution to some extent, but decreased nitrogen oxide means reduced hydroxyl radicals. 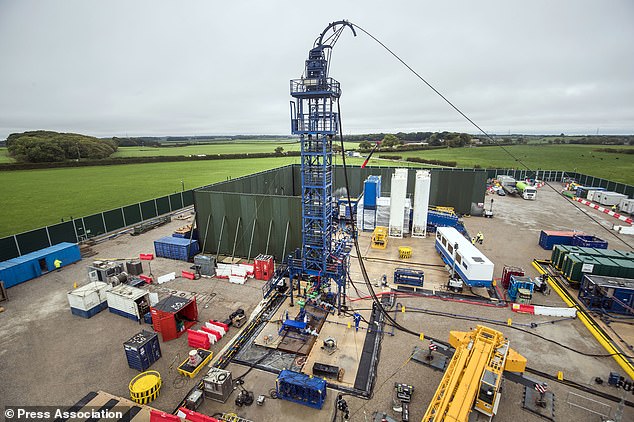 Some critics have blamed fracking for the increase in atmospheric methane but analysis has shown its more associated with wetlands and agriculture. Pictured: Cuadrilla extracting shale gas in East Sussex, England

WHAT IS METHANE GAS?

Methane is a colorless, odorless, and highly flammable gas, and the main component in natural gas used to generate electricity and heat homes.

In 2017 methane accounted for roughly 10 percent of all human-driven greenhouse gas emissions in the U.S., according to the EPA.

More recent studies suggest human emissions of geologic methane may be as much as 25 percent higher than previous estimates.

Although not as prominent as carbon dioxide, methane is a much more powerful greenhouse gas, and so the rising levels are an important contributor to global warming.

There is uncertainty as to the source of increased methane emissions, with some blaming to oil drilling and gas extraction and others pointing to cow flatulence

And hydroxyl radicals can actually help prevent methane from forming in the atmosphere.

‘My guess is that it’s a combination of both human-caused and natural factors,’ Alex Turner, atmospheric chemist at the University of Washington in Seattle, told New Scientist.

It’s not direct manmade actions to blame, like fracking or cattle-ranching, but the cumulative effect of rising temperatures.

Given 2020 was one of the warmest years on record, it could explain the spike in methane.

‘What if subtle changes to temperature and precipitation are increasing natural emissions of methane?’ Ed Dlugokencky, a research chemist at the NOAA, told New Scientist.

‘That would be consistent with the observed isotopic signals. It would also complicate the challenge of reducing greenhouse emissions to stabilize the climate.’

In November, scientists reported the atmospheric concentrations of methane had reached a record high.

The scientists assessed emissions and said, in 2017 alone, the Earth’s atmosphere absorbed nearly 600 million tons of the colorless, odorless gas.

The U.N.’s recent Global Methane Report warned methane emissions must be cut by 45 percent to avoid avoid 0.3 degrees Celsius of global warming— and an 255,000 premature deaths—by the 2040s.

The global average burden of methane for December 2020, the last month for which data has been analyzed, was 1892.3 parts per billion, representing an increase of about 6 percent, since 2000.

While many seem resistant to making the lifestyle changes to combats carbon dioxide, experts say capping methane is an easier pill to swallow—efforts can include banning uncovered landfills and plugging leaks in gas wells and pipelines.

A European startup has devised an even more ingenious solution to the methane problem: Swiss-British manufacturer Mootral says its feed supplement, made of garlic and citrus extracts, can reduce cattle flatulence by 30 percent.

If the supplement was adopted worldwide, it would be the equivalent of taking 300 million cars off the road, CNN reported.