How to get a sparkling bathroom FAST: Mum shares her trick for cleaning her tile grout in 15 minutes – and claims the cleaner ‘does the hard work for you’

A busy mum-of-two has revealed her trick to sparkling clean grout and says the cheap ingredients ‘do all the work for you’.

Mama Mila, who has a popular TikTok channel based around cleaning hacks, mixes bicarb soda, hydrogen peroxide and dishwashing detergent together to make her ‘magic’ grout cleaner.

The Melbourne mum mixes the chemicals together with a spoon before applying to her grout using a scourer. 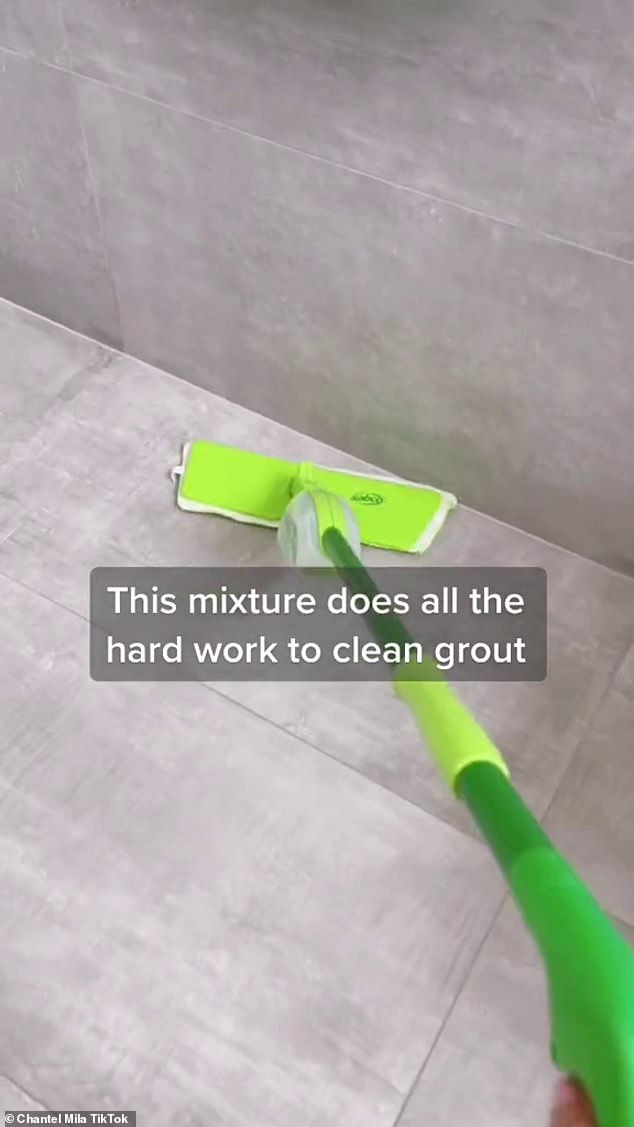 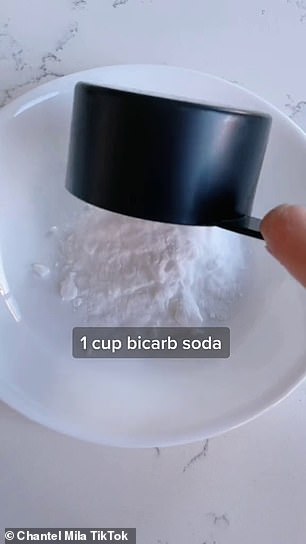 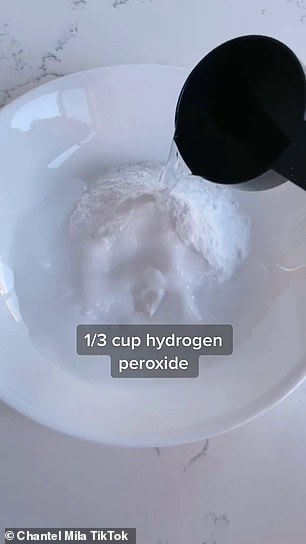 She mixes bi-carb soda with hydrogen peroxide and dishwashing liquid

She then lets the mix sit for 15 minutes before washing it off.

She cleans using a scrubbing brush and mop, wiping back the mixture to reveal bright-white grout.

‘The easy DIY to tackle even the toughest of grout,’ she wrote in the video caption.

And people were impressed with the quick grout fix.

‘Oh, how satisfying,’ said another.

Others had more questions about using peroxide on the floor.

‘What grade hydrogen peroxide do you use?’ one woman asked.

‘What if we can’t get peroxide, can we use something else?’ said another. 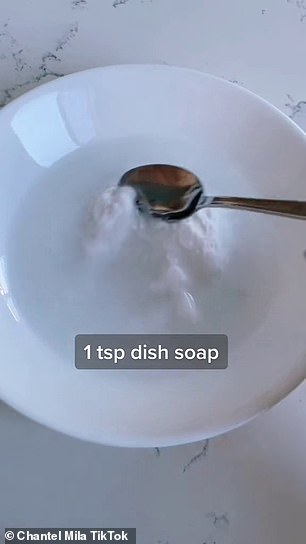 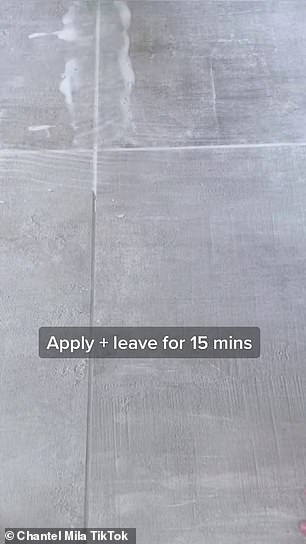 The recipe also includes dishwashing liquid. The mum applies the mixture directly to the grout before waiting for 15 minutes

How can I clean my grout like Mama Mila?

1/3 a cup of hydrogen peroxide

Combine the ingredients in a ceramic bowl, stirring wit a teaspoon.

Apply directly to the grout using a scourer or similar and keeping the mixture to the grout line rather than spreading it all over the tiles.

Scrub lightly with a brush then wipe clean using a mop.

Some people were just impressed with the woman’s bathroom.

‘Can you do a video showing off your bathroom please? It looks beautiful,’ one woman commented.

The cleaning hack video quickly went viral after being posted by Mama Mila and has been seen more than 30,000 times.