NASA’s OSIRIS-REx spacecraft on Monday began its long journey back to Earth after collecting a sample from the asteroid Bennu.

The Origins, Spectral Interpretation, Resource Identification, Security, Regolith Explorer was NASA’s first spacecraft to visit an asteroid near Earth to bring back a sampling for scientists. 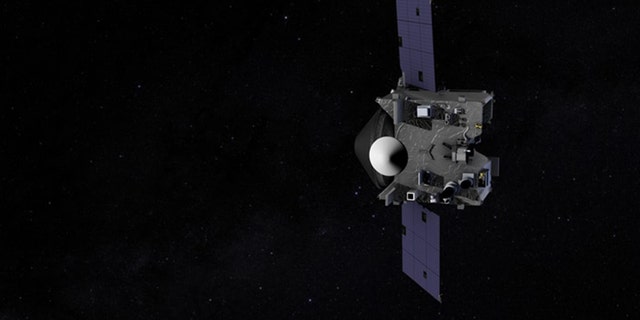 The spacecraft made its historic touchdown on the asteroid last October in a mission that NASA said will help unlock the secrets of our solar system.

Early last month, the OSIRIS-REx spacecraft made one final flyby of asteroid Bennu to take photos of the disturbance left by October’s sample collection. It will return to Earth with its precious 2-pound sample load on Sept. 24, 2023.

NASA says that the spacecraft’s thrusters must change its velocity by 595 miles per hour for OSIRIS-REx’s path to intersect Earth and achieve a sample return from the Utah Test and Training Range.

The spacecraft’s return home will not be linear, according to NASA. The OSIRIS-REX will circle the sun twice, covering roughly 1.4 billion miles to catch up with Earth.

The solar-orbiting, carbon-rich asteroid is 182 million miles from Earth. By studying pieces of it, scientists hope to better understand how our solar system’s planets formed and how people should react if an asteroid endangers Earth.

Fox News’ James Rogers and The Associated Press contributed to this report.