Nintendo shares slid as it warned that component shortages could affect production and gave a conservative profit forecast for the year, overshadowing better-than-expected earnings for the past quarter.

The Kyoto-based studio forecast a 22 per cent drop in operating profit in the current fiscal year, to 500 billion yen ($5.9 billion), significantly below analysts’ expectations. Nintendo, like many Japanese companies, often begins the year setting expectations low so it has room to upgrade its outlook later.

Shares fell as much as 3.1 per cent in Friday trading in Tokyo following the cagey outlook and chip warning, extending a 6.4 per cent decline for the year. “There has been considerable stock market pessimism about Nintendo’s longer-term prospects,” Citigroup analyst Kota Ezawa wrote in a note after the results. “The possibility is emerging of positives finally drying up.” 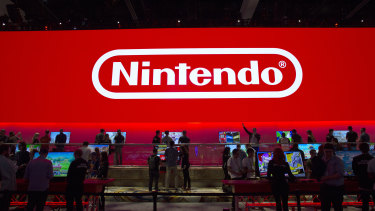 The company is targeting sales of 25.5 million consoles in the year ending March 2022, having sold 28.8 million units in the prior period. Internally, Nintendo’s management is shooting for production of between 28 and 29 million consoles, according to people familiar with the projections who asked not to be named disclosing company targets.

Nintendo’s results do suggest that the Covid-era boom in gaming that turned Animal Crossing: New Horizons into a global online town hall has legs. It reported operating income of 119.5 billion yen for the March quarter, trouncing the average forecast of 68.3 billion yen.

President Shuntaro Furukawa told reporters that Nintendo wasn’t able to produce as many Switch devices as it had hoped due to component shortages. Recent demand has been higher than the company anticipated and the console hasn’t yet reached its peak, he added. Nintendo’s goal is now to surpass its official target of selling 190 million software units this year.

The handheld-hybrid Switch maintained momentum in the face of newer gaming machines from Sony Group and Microsoft, both of which have also suffered from chip shortages limiting production. Buoyed through most of 2020 by Animal Crossing‘s runaway success, Nintendo’s signature device rode blockbuster titles including Capcom Co.’s latest Monster Hunter installment and Konami’s Momotaro Dentetsu during the most recent quarter.

Nintendo’s own product lineup has been relatively quiet in recent months. Bloomberg News has reported that the company plans a big rollout of new titles alongside an upgraded version of the ageing Switch – with a faster Nvidia chip and a Samsung OLED display – in the latter half of the year. The original console is now more than four years old and was joined by a more affordable Switch Lite variant in late 2019.

The top technology stories and reviews delivered weekly. Sign up to The Age‘s newsletter here and The Sydney Morning Herald‘s here.

Most Viewed in Business