Olympic Games 2020: CeCe Telfer unable to compete in US trials due to eligibility rules 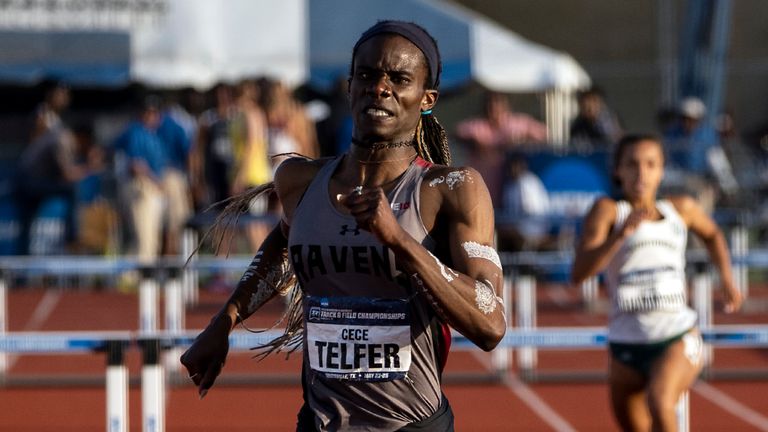 Hurdler CeCe Telfer will not be allowed to compete in the US Olympic trials this week as she has not met World Athletics standards for transgender athletes, USA Track and Field have said.

Telfer had hoped to participate in the women’s 400m hurdles, the qualifying rounds for which are scheduled for Friday in Eugene, Oregon.

The regulations require a transgender athlete to reduce testosterone to below a certain level for 12 months before competing in women’s events.

Athletes must meet the requirements to participate in the US trials and be a member of the US Olympic team, with USA Track and Field claiming those have not been met in this instance.

A statement read: “While CeCe Telfer has met the performance qualification standard, she has not met the conditions established in the World Athletics Eligibility Regulations for Transgender Athletes and is therefore ineligible to compete.”

Two-time Olympic gold medallist Caster Semenya of South Africa, who is a cisgender woman, has sought unsuccessfully for years to overturn the regulations, which were established in 2019 and have precluded her from competing in any race from 400m to a mile due to her naturally elevated testosterone levels.

Telfer, who was born in Jamaica, competed in the men’s 400m hurdles in the US collegiate Division II championships in 2016-17 and won the women’s title in 2019.

USATF said World Athletics had notified them on June 17 that Telfer had not met the conditions and after a subsequent notification from the world governing body, the athlete was given the opportunity to demonstrate her eligibility.

She has been unable to do so and USATF said in a statement: “USATF strongly supports inclusivity and providing a clear path to participation in the sport for all, while also maintaining competitive fairness.