Perfect parties make the other mum's hate me

Perfect parties make the other mum’s hate me: Writer Debbi Marco discovered that throwing the best birthday bash doesn’t go down well with everyone

As live owls swooped around my garden and 15 children raced about on broomsticks playing a game of Quidditch, one incredulous parent joked: ‘You’ve certainly set the bar high.’

Who would spend ten hours crafting foam ‘brooms’ and chopstick ‘wands’ for a six-year-old’s birthday party? 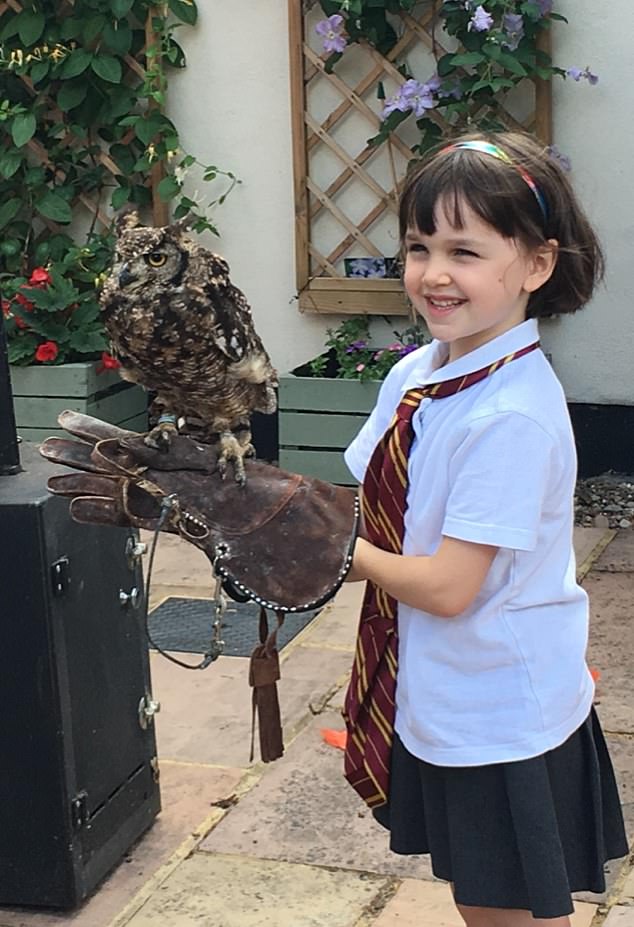 And yet, when my daughter Matilda requested a Harry Potter-themed bash, I found myself slipping down a rabbit hole of extreme party planning.

Which is how I ended up spending more than three hours transforming brown paper bags into themed party bags with the help of some marker pens.

And it didn’t stop there. I meticulously cut out and stuck wings on 40 Ferrero Rocher chocolates to turn them into Golden Snitches from the Quidditch game, then cut up labels for bags of a wizard’s favourite sweets, Bertie Bott’s Every Flavour Beans.

By the time I started to make the broomsticks, my back was aching and I was nearly in tears. What was I thinking? 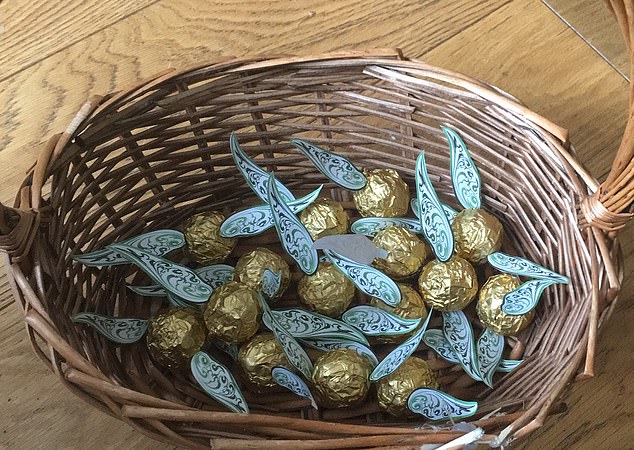 When most parents start to organise their children’s birthday parties, they wisely book a soft-play centre, a magician, or take them to Laser Quest. I just wish I could do the same — and I could tell from my husband’s rolling eyes when I presented my last party plans that he felt the same.

I don’t think many of my fellow parents are too impressed with my over-the-top creations, either.

‘You do make the rest of us look bad,’ said one friend, when I asked her what she thought of my ideas.

When my best friend, who had only just thrown a Harry Potter party for her daughter, heard I had real owls, she bluntly told me she hated me and that I always have to go one better. I like to think she was only joking.

As the mother of a nine-year-old son and six-year-old daughter, I’ve been to my fair share of children’s birthday parties, and I’ve found there are two camps of parents — those who throw money at the problem and are as hands-off as possible, and those who keep it fairly low-cost, but have to put in a lot of work themselves. 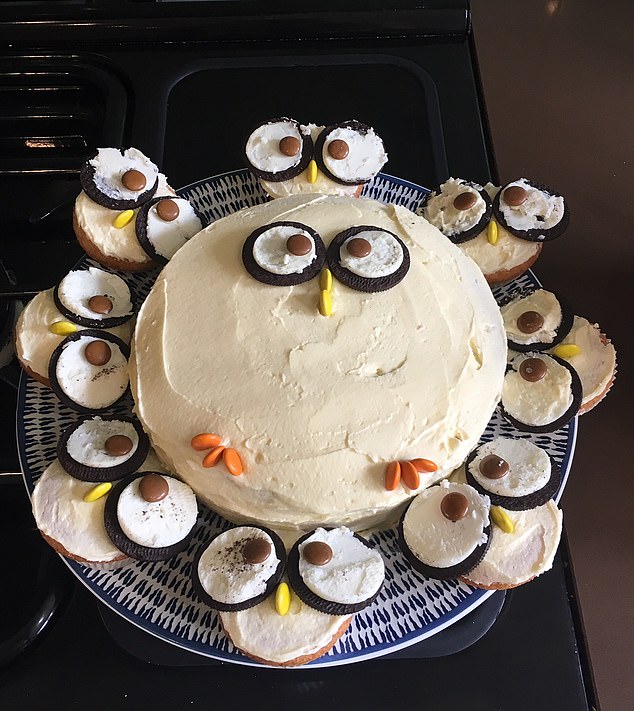 Debbi said her mum would always make her birthday cake from scratch. Pictured: An owl cake for her daughter’s birthday

Regardless of the amount of effort the parents put in, the guests always seem to enjoy the parties. But the pressure often comes afterwards, when other children want something similar for their own birthdays, and it is increasingly hard for parents to say no.

Then, of course, there’s the amazing images on social media, while Pinterest — a website that allows users to save images to virtual pinboards — is saturated with extravagant and inventive ideas that mothers feel inspired, even compelled, to emulate.

But why do I spend more hours than is sensible creating something that will be over and forgotten by the next day?

Birthday parties have always been important to me. My mum would always make mine and my sister’s birthday cakes from scratch, and it was usually an ambitious and elaborate design.

For me, it all started with my son’s fourth birthday, when I decided to throw him a space-themed party. I hired a local hall and then set about designing everything. Obviously, there was the rocket-shaped cake, along with ‘moonstones’ for a hide-and-seek game, which were pebbles spray-painted silver and gold.

But my crowning glory was the jet packs I made for each child, which are still talked about by many of my friends today.

It was easy, I reasoned to my husband, Matt, who declared early on that he was having no part in this madness. I just needed to spray-paint a couple of two-litre water bottles, attach some tissue paper flames, and then use silver ribbon to style them into backpacks.

However, I quickly learned that what looks simple online, and might be quite cute to make for one or two children, quickly becomes a huge project when you have to make 15 of them.

I had to collect 30 water bottles and spray-paint them in the garden, which left me feeling dizzy from the fumes and ruined our picnic table. I cut out strips of red and orange tissue paper for flames to tape on, and then co-opted my father-in-law David to help me attach silver ribbon, so the kids could wear them on their backs.

While David and I sat at the kitchen table for four hours assembling them, Matt went to the pub in protest.

But the kids loved them and the parents were equally impressed. One mum told me she was often asked where she got the jet pack from and raved about the party.

But I know my obsession with the perfect party doesn’t go down that well with everyone.

‘I think you’re lucky you’ve got all this spare time to spend on these crafts,’ said one mum after the Harry Potter party, through slightly gritted teeth. I know she’s right. I work part-time from home, so I do have more time than most parents.

But all my hard work was worth it when I heard the screams of excitement as our party guests raced through the ‘brick’ wall to Platform 9¾ into our house, where they discovered the ghost of Moaning Myrtle in the toilet — really a cardboard cut-out.

I have to admit, I was lucky to get live owls at the party as it was a favour from a local mum who keeps them as pets, but it certainly added the wow-factor.

However, after all the backbreaking work for this party, I think I’m going to give myself a break for the next one and take the kids out for pizza with a few friends. Unless Pinterest comes up with something a bit more interesting, of course.