Post Malone brought his own brand of attitude and charm to the 2020 Grammys with a spooky version of ‘Hollywood’s Bleeding.’

Post Malone capped off one of his most successful years at the 63rd Grammy Awards on Sunday (March 11). Taking in what will ultimately be the final victory lap for his critically and commercially successful album, Hollywood’s Bleeding, Malone, 25, delivered a performance of the album’s title track during the 2021 ceremony. After a chorus of candle-lit singers heralded his arrival, Post — with a leather trenchcoat covered in crucifixes — delivered a performance full of charisma.

Though some people compared his look to that of WWE’s The Undertaker. Considering the Sports Entertainment superstar choke slammed Post in 2018, it’s not like Post is unfamiliar with the pro-wrestling world. He might even appreciate the comments.

Post appeared earlier in the show, at a very unexpected moment. When Cardi B joined Megan Thee Stallion for a sizzling (and censored) version of “WAP,” Post was caught enjoying the show with a red cup in hand. It was as if Posty was every single Grammys viewer, just amazed that he was seeing everything happen on broadcast television.

This performance comes nearly a year-to-the-day after Post’s last major concert. His show at Denver’s Pepsi Center proceeded as scheduled on March 12, 2020, likely the last largest enclosed gathering in the United States before the COVID-19 pandemic forced the country into lockdown. Though Post caught some flack for not canceling, he continued to have a positive year. He performed a highly-praised Nirvana cover concert while raising over $5 million for the World Health Organization’s COVID-19 relief fund. He launched a line of rosé wine – Maison No. 9 – and partnered with Arnette, an LA-based sunglasses brand focused on sustainable eyewear. Post even recorded a cover of Hootie and the Blowfish’s “I Only Want To Be With You” as part of Pokémon’s 25th Anniversary. And now, he’s performed at the Grammys. Not bad for what will be considered a gap year for many.

Post went into the 2021 Grammy Awards as an underdog with a handful of nominations. His “Circles” was nominated for Song of the Year and Record of the Year, and Hollywood’s Bleeding was given an Album of the Year award nod. Despite the utter success of “Circles” – spending more than 60 weeks on the Billboard Hot 100 and beating out The Weeknd’s “Blinding Lights” to be the most played song on the radio for 2020 – it was going up against Beyoncé (“Black Parade”), Billie Eilish (“Everything I Wanted”) Dua Lipa (“Don’t Start Now”), DaBaby and Roddy Ricch (“Rockstar”) and Megan Thee Stallion with Beyoncé (“Savage [Remix]”) for Record of the Year. Add Taylor Swift (“Cardigan”), H.E.R. (“I Can’t Breathe”), Roddy Ricch (“The Box”) and JP Saxe x Julia Michaels (“If The World Was Ending”) for Song of the Year, and things weren’t looking good for Posty.

This isn’t to say that Post Malone couldn’t pull it off – he took home nine trophies at the 2020 Billboard Music Awards, including Top Artist – but he was the dark horse going into the show. At the start of the 63 rd Grammys, he had nine nominations and not a single award, which was remarkable – especially when considering Post was the first artist to three-peat in the Record of the Year category (“Rockstar” in 2019, “Sunflower” in 2020, “Circles” in 2021) since Steve Winwood pulled off the feat in 1986-88, according to Billboard. Before that, Roberta Flack pulled it off in ’72-74, and Frank Sinatra did the same in ’58-61. 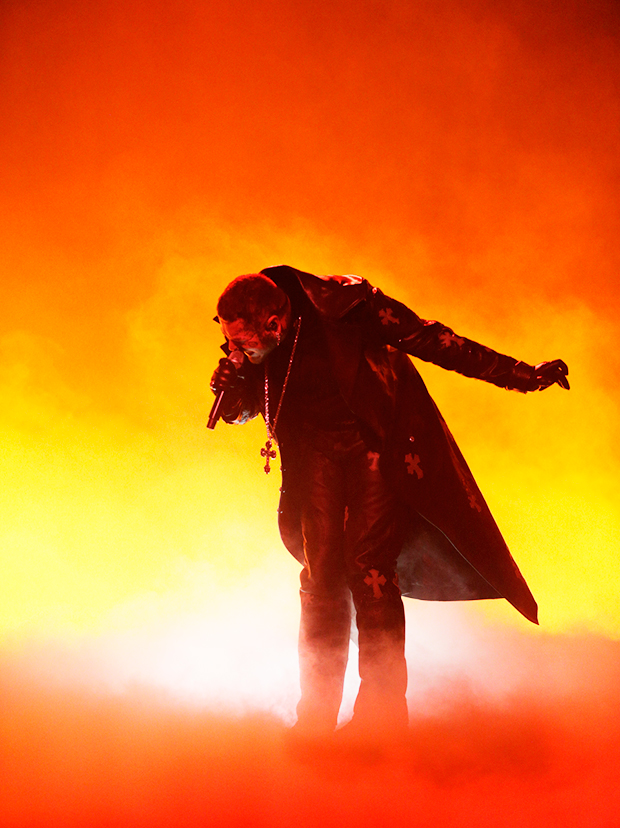 Post might actually four-peat in the category, as he told Complex in October that he’s already working on his follow-up to Hollywood’s Bleeding. “I’ve been recording a lot of new music for the album,” he told the publication. “Having the team here with me creating has been amazing. We have been experimenting with some new sounds and are really excited for the world to hear.” Earlier in 2020, when the world was dealing with the pandemic, Post hinted that he was working on a project that reflected the zeitgeist of a COVID-world.

“There’s so much to say in these times that will give people hope and hopefully uplift people’s spirits,” he told the Wall Street Journal in July 2020. “Because it’s a dark time in America. It’s a dark time in the world. Honestly, for a songwriter to be in the house all day is a blessing and a curse. In the darkest of times, I’m just trying to make something beautiful out of it.”

“To be honest, I think everyone in America is going a little bit crazy sitting at home all day,” added Post. “So I’ve gone a little bit crazy, and I wanted to take more steps outside of my comfort range and make music that I think — to me — is some of the best I’ve made.”