One of the cutest competitions on television is back for another year.

This year, more than 100 puppies looking for forever homes will be competing on either Team Ruff or Team Fluff for the “Lombarky Trophy.”

Those puppies are coming from 67 shelters in 33 states, according to an announcement by Puppy Bowl.

The three-hour event, which encourages people to adopt the furry participants, will be hosted by Martha Stewart and Snoop Dogg again after hosting last year.

“I’m honored to be co-hosting the only sporting event on the planet guaranteed to raise the ‘woof’, with the magnificent Martha Stewart,” Snoop Dogg said in a statement.

Martha Stewart said: “I’m so excited that Snoop and I are back to kick off Puppy Bowl XVIII, and help a bunch of deserving pups find their forever homes.”

Of course, the Puppy Bowl will also have its iconic Kitty Half-Time Show, where adoptable kittens will have their adoption stories shared, the announcement said. 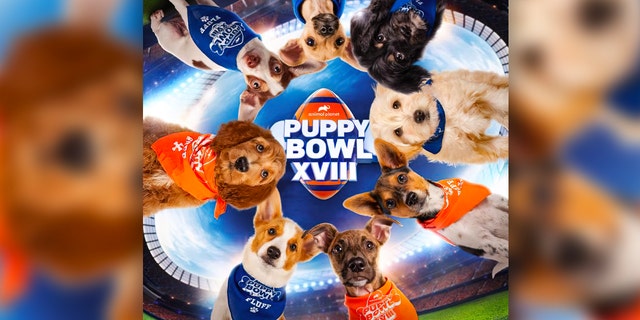 Puppy Bowl XVIII will air on Animal Planet and stream on Discovery+ on Sunday, Feb. 13 starting at 2 p.m. ET.