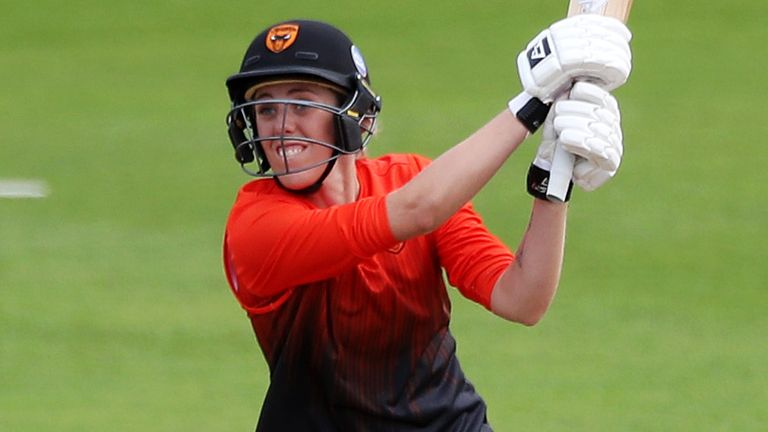 Georgia Adams led by example with a fine 89 as Southern Vipers continued their 100 percent record in the Rachael Heyhoe Flint Trophy with a 49-run victory over Sunrisers at The Ageas Bowl.

Vipers captain Adams was the only player to score more than 39 on a tricky slow wicket as she took her season tally to 225 runs in her team’s total of 232 all out.

Left-arm seamer Tara Norris then claimed 3-37 to take her to 11 scalps in the competition and Maia Bouchier snaffled three stunning catches as winless Sunrisers could only reach 183 in reply. 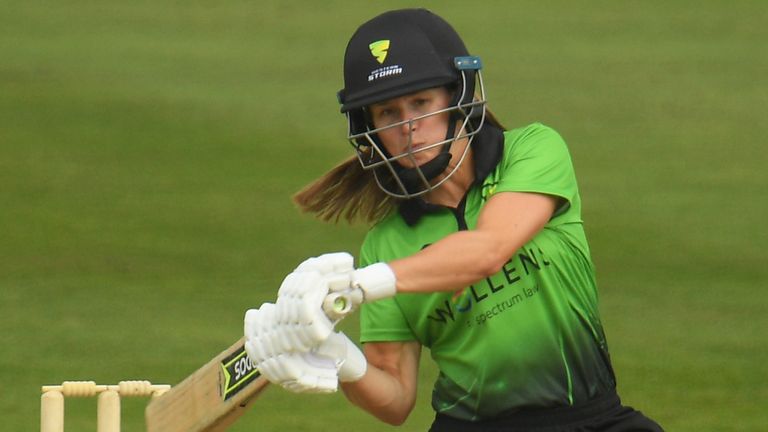 Chasing a target of 213, Storm’s captain top-scored with 104 not out and shared in a match-winning stand of 162 with Georgia Hennessy for the third wicket as the hosts cruised to victory with 23 balls to spare.

Hennessy excelled with bat and ball, the 23-year-old claiming 3-40 in 10 overs before posting an assured 86, her highest score of the season so far.

Stars’ total of 212-9 in 50 overs – during which Kirstie White and Maxine Blythin hit half-centuries – never really looked like being enough once Hennessy and Luff began to move through the gears.

Storm have now won three out of four games and are the only side still in with a realistic chance of overhauling South Group leaders Southern Vipers and making the final at Edgbaston later this month. 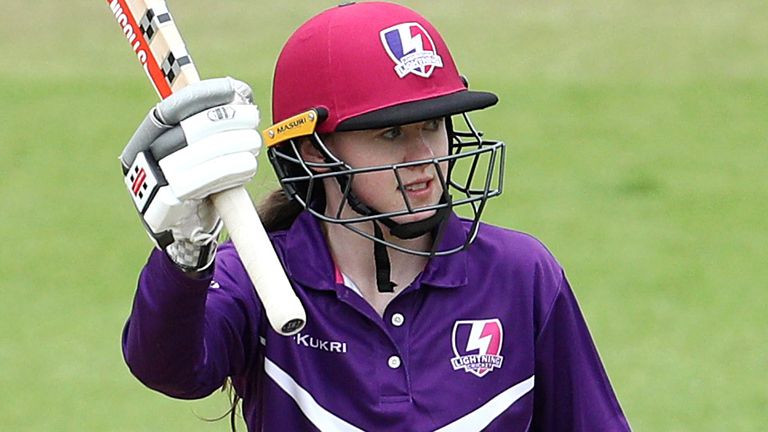 Lightning, meanwhile, are celebrating their first victory after a six-run success over Central Sparks in Worcester.

A record stand for the competition by Lightning openers Sarah Bryce and Bethan Ellis of 148 in 33 overs and a three-wicket burst by Alicia Presland were responsible for their side ending a run of three straight defeats.