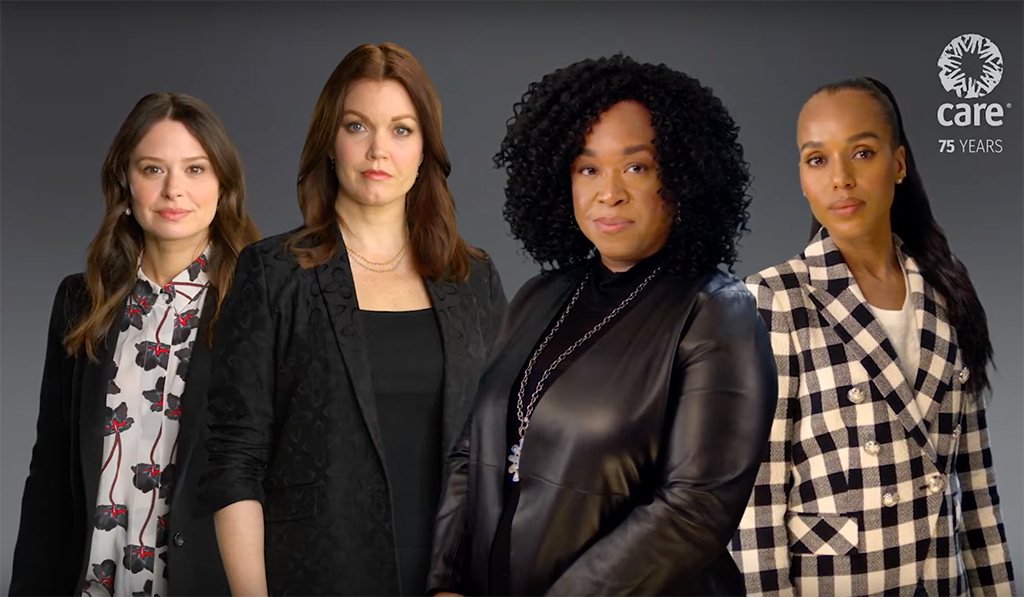 The women of ABC’s Scandal have reunited, and for a great cause. Kerry Washington, Bellamy Young, Katie Lowes and series creator Shonda Rhimes appear in a new PSA promoting gender equality and female empowerment for International Women’s Day, which is this Sunday.

The #WomenEqual ad was released on Thursday and was filmed as part of the anti-poverty humanitarian organization CARE’s campaign to raise awareness for women and girls around the world who are currently living in humanitarian crises, conflicts and emergencies. The PSA urges people to sign a petition to show their support for the Safe From the Start Act.

“Some people would say, ‘I don’t belong here,'” Washington says in the PSA. “I believe in a world where women are equal.”

The ad also addresses the #MeToo movement to curb sexual misconduct of women.

“Worst of all, when it comes to assault and sexual violence, too often, we are ridiculed, pushed to the side and not believed,” the women say.

“But I won’t stand for that,” Washington says.

Watch the #WomenEqual PSA starring the women of Scandal below:

“It is an honor to tell the stories of women who have endured unimaginable pain and emerge from it with grace and resolve to make the world better,” Washington said in a statement provided by CARE. “I’m so grateful to be a part of this campaign and hope that it inspires others to join us in the fight on behalf of women and girls everywhere.” Scandal aired for seven seasons on ABC until 2018. Members of the cast have reunited a few times since then.

And get ready for another mini reunion; At 1:20 p.m. ET on Thursday, Young will reunite with Scandal star Tony Goldwyn for a Facebook Live conversation about the need for men to participate in fight for gender equality.