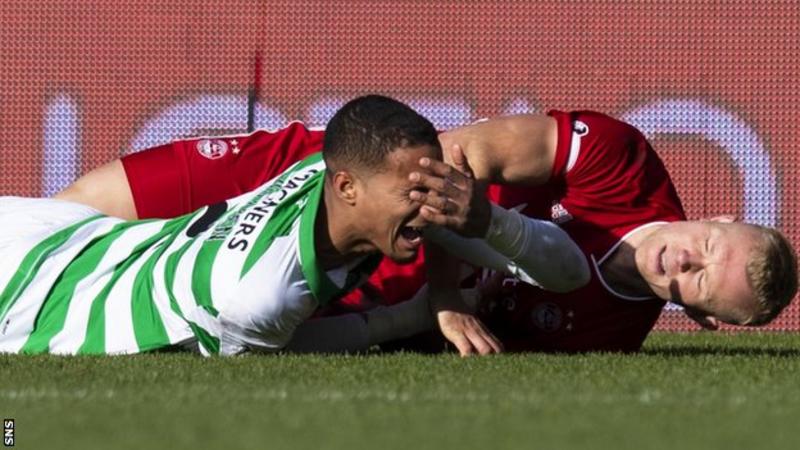 Holders Celtic continue their defence of the Scottish Cup with a semi-final against Aberdeen.

Neil Lennon’s men are in pursuit of a fourth-consecutive domestic treble after seeing off St Johnstone on Sunday.

Edinburgh rivals Hearts and Hibernian meet in the other last-four clash having beaten Inverness and Rangers respectively in the quarter-finals.

The semi-finals will be played at Hampden on 11 and 12 April.

Celtic beat Aberdeen in the 2017 final and the showpiece of last season’s Scottish League Cup, with Derek McInnes’ men seeking to end a 30-year wait to lift the trophy.

Aberdeen overcame St Mirren on Saturday to book a ninth domestic semi-final under their current manager.

Hibs finally broke their 114-year Scottish Cup hoodoo with an enthralling victory over Rangers in 2016, and lost to Celtic in the League Cup semi-finals in November.