Traditional celebrations will surely be cancelled this year due to ongoing lockdown measures in the UK, including the newly implemented “rule of six”.

The Government has set an exemption for religious ceremonies, allowing these to take place in groups of up to 30 in an outdoor setting.

However, the guideline states: “This only covers the ceremonies, and does not include celebrations of these events.”

Jerusalem’s Great Synagogue will be closed for the first time ever over Rosh Hashanah, as Israel braces for a second lockdown after recording the world’s highest coronavirus infection rate over the last two weeks, according to the AFP news agency. 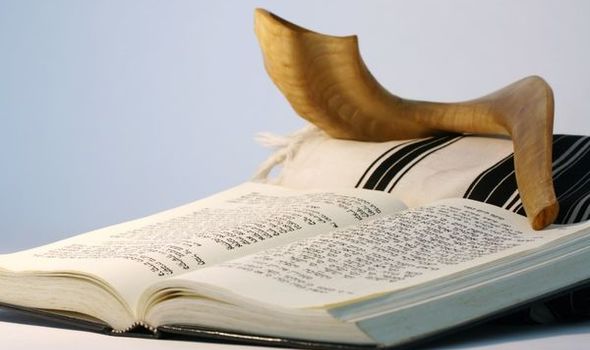 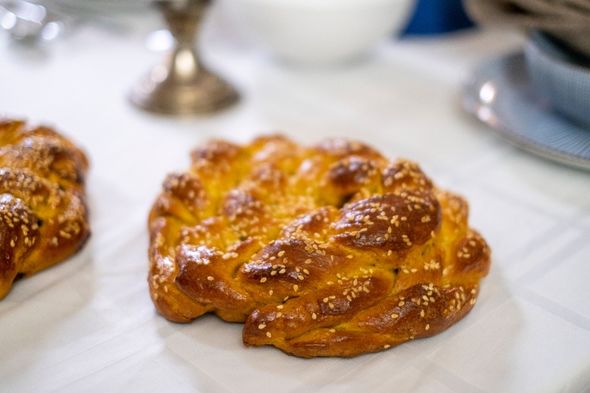 What does Shana Tova mean?

Rosh Hashanah is celebrated differently all over the world.

Jewish people will likely spend a lot of time in the synagogue, where there are special services that emphasise the presence of God.

One of the synagogue rituals is the sounding of the shofar, the ram’s horn.

Hearing the shofar’s call is a reminder for people celebrating Rosh Hashanah to look inward and repent for the sins of the past year. 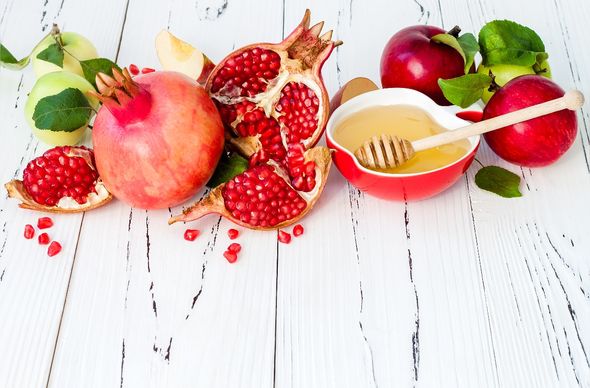 When people greet each other by saying Shana Tova, this literally translates to mean “good year” in Hebrew.

In Hebrew, Rosh Hashanah translates to mean “the head of the year”, hence its status as a New Year’s celebration.

DON’T MISS
Yom Kippur 2020 date: When is Shabbat this year? What time is sundown? [EXPLAINED]
Rosh Hashanah start time: What time does Jewish New Year begin? [INSIGHT]
Jewish New Year: What year is it in the Jewish calendar? [REPORT] 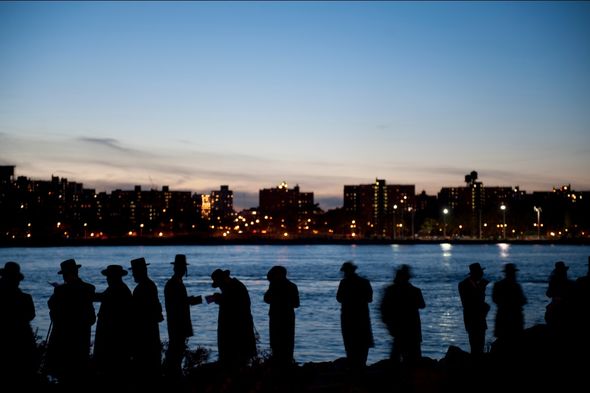 What food is eaten during Rosh Hashanah?

Food is an internal and very important part of celebrating Rosh Hashanah.

Sweet foods are often eaten to symbolise hope for a sweet and happy year ahead, such as honey cakes and apples dipped in honey.

Jews also eat a special bread, sweetened with raisins, and plaited before being moulded into a circular shape.

This bread is called the Challlah and its round shape symbolises the continuation of life and the year ahead.

Apples dipped in honey and a sweet carrot stew called a tzimmes is often served alongside.

There is a tradition that states pomegranates have 613 seeds, one for each of the commandments that a Jew is obliged to follow.

A fish head is also sometimes eaten, to remind people to follow the head and not the tail, symbolising the need to be a leader in life rather than a follower.