After finding success on the stage and screen, Skylar Astin is ready to make his mark as a pop singer-songwriter.

The “Pitch Perfect” and “Zoey’s Extraordinary Playlist” star unveiled his debut single, “Without You,” Wednesday. It’s no surprise he’s in great vocal form, showcasing a falsetto that may even surprise fans of his musical theater work. With its synth-pop beat and wistful lyrics, the piece is a sonic snapshot of summer 2021, conveying both dreamy optimism and world-weary melancholy.

Astin wrote “Without You,” as well as a number of other songs intended for a forthcoming EP, with producer Eric Lam while hunkered down in Los Angeles in the early months of COVID-19 last year. He’d tossed around the idea of releasing original music for years, but it was only after he began “literally bouncing off the walls” from pandemic-induced boredom that he found his authentic voice as a songwriter.

“To me, it’s a 2021 song written in 2020,” Astin told HuffPost. “It’s about the excitement of a new love and diving headfirst into that experience. I had no idea when I was going to release it, but I knew I wanted to be a part of people stepping out of [the pandemic] safely.”

Listen to “Without You” below.

“Music can be a benchmark,” he added. “It can remind you of a summer or a specific experience, so this felt like a great way to do that.”

It’s safe to say Astin, 33, is well-primed for this creative endeavor. The New York native rose to prominence on Broadway as one of the young stars of 2006’s “Spring Awakening.” Like cast mates Jonathan Groff and Lea Michele, he quickly made the leap to film and television, appearing in the first two installments of the “Pitch Perfect” franchise and, later, landed plum roles on “Ground Floor” and “Crazy Ex-Girlfriend.”

And although Astin is best known for musical comedy, his new music is more representative of his personal tastes, which are firmly in the here and now. “I grew up on pop music, and I liked it when it wasn’t cool,” he said, listing DJ Khaled, The Weeknd and Taylor Swift as favorites. “That’s what I listen to to make me feel lighter, so that’s the kind of music I want to put out there.”

The release of “Without You” comes at a professional crossroads for Astin. Earlier this month, NBC announced it had canceled “Zoey’s Extraordinary Playlist” after two critically acclaimed seasons. Though the show’s cast and creative team anticipated a move to the network’s streaming platform, Peacock, a deal never materialized.

Like co-star Jane Levy and showrunner Austin Winsberg, Astin has actively rallied the “Zoey’s” fan base on social media in hopes of encouraging another streaming platform to offer the series a home. Many viewers have also expressed frustration that the show’s central couple, Zoey Clarke (Levy) and Max Richman (Astin), are left with an uncertain fate as it stands. 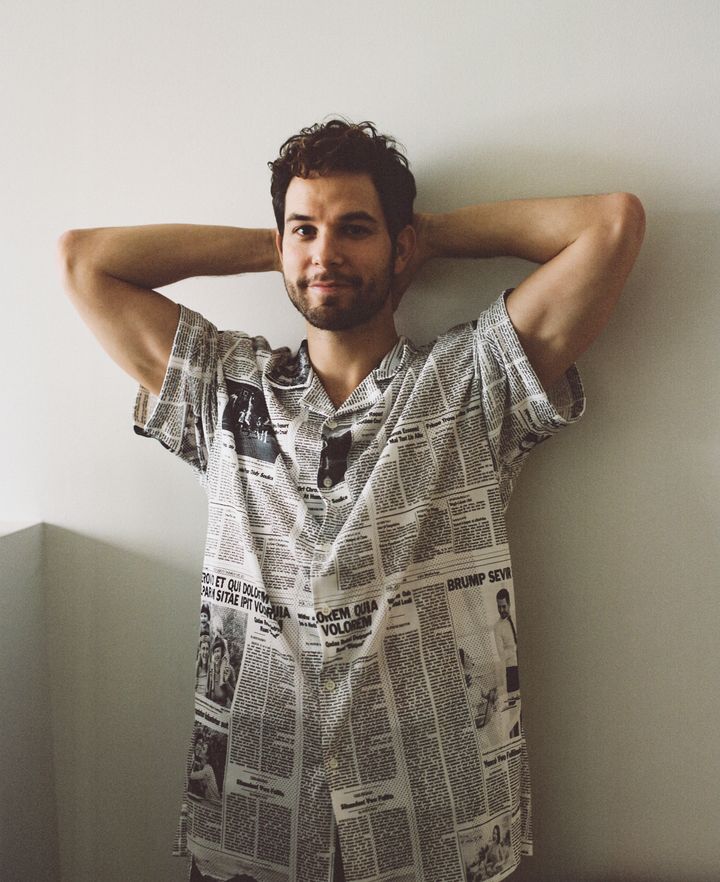 “We’d just opened up Pandora’s box, literally, with storytelling, so it was quite the rug pull,” he said. “It’s a tough pill to swallow, but I have to be realistic. A lot of shows attempt [to be picked up elsewhere], and it’s a tricky thing. But the fan support has been helpful and, I think, very effective.”

If audiences have truly seen the last of “Zoey’s Extraordinary Playlist,” however, Astin has other unspecified projects in mind. “I love dark comedy,” he said. “I love the idea of playing a character that has a double life. Maybe you’ll see two Skylars on your screen sometime soon.”

Naturally, he’s also finding solace in his music. “I have different sides to me than the characters I’ve played, and you’ll start to see them in my songs,” he said. “There’s a little bit of the flirtier side, a little bit more honest. A little bit more me.”