Crossbow Cannibal Stephen Griffiths ‘turned into a violent serial killer after woman’s rejection damaged his fragile ego’ and made him ‘turn his back’ on relationships, claims psychologist

Serial killer Stephen Griffiths could have lived a ‘relatively normal life’ but instead ‘turn his back’ on relationships with people, after a rejection from a woman  damaged his ‘fragile ego’.

Triple murderer and criminology student Stephen Griffiths, took the lives of three sex workers in the city of Bradford, West Yorkshire, between 2009 and 2010, after a longstanding obsession with serial killers and violence.

His case is examined in TV documentary ‘Making a Murderer’ and criminal psychologist Dr. Eric Cullen claimed he could have established ‘normal relationships’ but isolated himself further when he was left by a girlfriend in 1998.

While he had already voiced desire to kill, Cullen alleges it was when his girlfriend, who had been horrified upon discovering his flat was full of violent memorabilia and covered in sheets of plastic, that Griffiths turned his back on normal life.

At the time of his arrest in 2010, Griffiths told detectives he cooked flesh from the first two women and ate the third one ‘raw’, landing him the nickname ‘crossbow cannibal’. 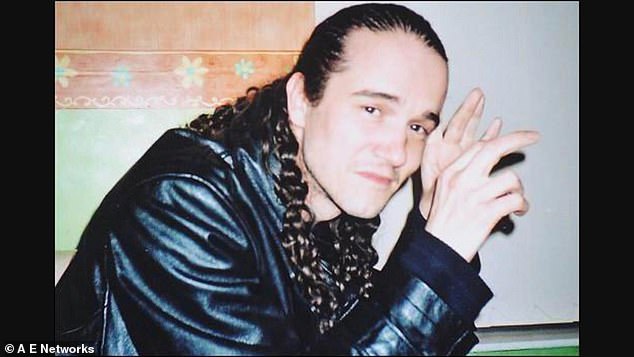 Serial killer Stephen Griffiths (pictured) could have lived a ‘relatively normal life’ but instead ‘turn his back’ on relationships with people, after a rejection from a woman damaged his ‘fragile ego’ 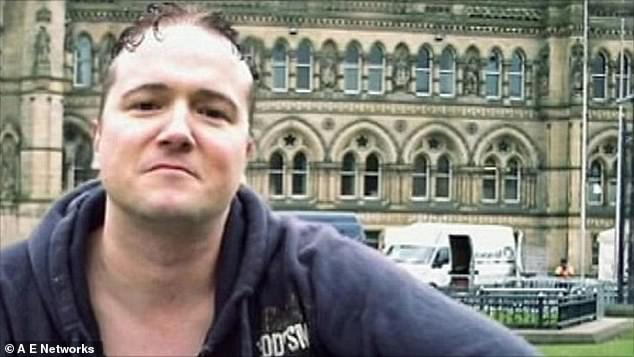 Triple murderer and criminology student Stephen Griffiths, took the lives of three sex workers in the city of Bradford, West Yorkshire, between 2009 and 2010

Cullen claimed: ‘He’s trying, it seems to me, to establish a relatively normal life. He is trying to establish normal relationships with women.

‘He is failing because the early signs of mental obsession are showing and as soon as these women see this,  the relationships fall apart.’

The woman was horrified after discovering sheets of plastic on the walls, shelves of hundreds of serial killer books and a stash of crossbows and samurai swords.

‘His ego strength was sufficiently fragile in terms of women, that he then turned his back on relationships and increasingly isolated himself’, said Cullen. 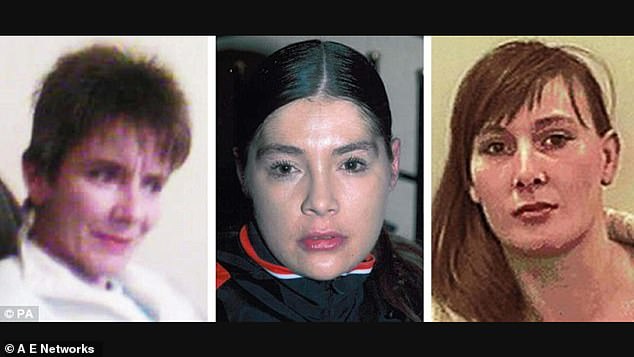 The three sex workers, Susan Rushworth (left) Suzanne Blamires(middle) , and Shelley Armitage (right) , who were murdered by Griffiths between 2009-2010

‘Because of his criminal history as well, his relationship with his family broke down as well, so there is no potential for positive intervention in the deterioration of his lifestyle’.

It was then the killer began to isolate himself from further, falling deeper into the world of hardcore pornography on the internet, where he created an alter-who called ‘Ven Pariah’, a name which would later become another moniker of his killer.

Despite the killers morbid obsession with killing, Cullen told that Griffiths was ‘unusual’ in that his murderous tenancies began in his teen years, rather than his childhood – when most psychopathic traits are thought to develop.

He told: ‘Stephen Griffiths is unusual in killing, because there’s not very much in his childhood or formulation period, to suggest the monster that he was to become. ‘

‘You really have to go to his teenage years before you start seeing the early morbid fascination with violence, especially knives. He also, at this point,  is starting to introduce himself to a criminal lifestyle’. 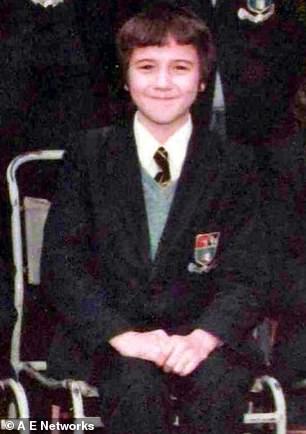 Despite the killers morbid obsession with killing, Cullen told that Griffiths was ‘unusual’ in that his murderous tenancies began in his teen years, rather than his childhood. He is pictured at school

At the age of 17,  Griffiths was sentenced to three years in prison after an unprovoked knife attack on a supermarket manager, and it was here his ambitions of becoming a renowned serial killer first became clear.

He told psychologists of how his main desire was to kill, and in 1991 was diagnosed as a ‘schizoid psychopath’,  but left to go free without treatment. ‘.

Cullen told how the killer would have grown frustrated at how none of his peers ‘took him seriously’ despite his attempts to appear ‘menacing ‘ by dressing as a goth and walking around his pet lizard.

‘It’s fascinating’, said Cullen, ‘He was making attempts to to present an image of being someone of menace,  of someone of substance, but also someone who was outside the normal convention.

‘He had pet lizards he would take for walks, he would wear black leathers and slick his hair back,  he was conspicuous and yet nobody took him seriously.

‘People saw him as harmless, which must have galled him, because that as throwing content that was still seeing him as this Stephen Griffiths character, who was a loser.’

Later, he received a sentence for holding a knife up to the throat of a girl, yet was still allowed to study at Leeds university before undergoing a PHD in homicide at Bradford University in 2009.

Cullen told that the degree was ‘perfect’ for the killer, as it enabled him to study the intricate details of killing with ‘formal academic sanction’.

He said: ‘ This is perfect for Griffiths,  this is ideal,  he can with official formal academic sanction, pursue his pathology.’

For many years Stephen Griffiths studied the disturbed minds of the most infamous serial killers, terrorists and war criminals.

His idol was Yorkshire Ripper Peter Sutcliffe, who killed 13 women, most of them prostitutes.

His flat contained hundreds of books on Sutcliffe, the Moors murderers, Jack the Ripper and other killers, and he was doing research on Victorian murders.

And at some point Griffiths crossed the line from student to practitioner. Perhaps the PhD student regarded killing as a form of work experience in his warped mind.

He certainly craved notoriety, and becoming the next chapter in the history of celebrity serial killers was the ultimate thrill for such a well-educated student of slaughter.

Griffiths knew the level of depravity it would take to join the ‘A list’ of murderers and a crossbow killing live on CCTV, dismembered bodies and cannibalism did just that.