Only Murders in the Building ★★★★
Disney+

Steve Martin and Martin Short will get the oldies in, and Selena Gomez will appeal to a younger generation as this cannily contrived and distinctly adult murder-mystery gets quickly into its stride.

The scene: An expensive Manhattan apartment building. The players: Charles-Haden Savage (Martin), a retired actor famous for playing a police detective; Oliver Putnam (Short), a washed-up Broadway director quietly raging against the dying of his career; and Mabel Mora (Gomez), a young woman who claims to be renovating an apartment for her aunt. The twist: the three of them are all fans of the same true-crime podcast, so when a neighbour turns up dead – and the police immediately rule the case a suicide – they decide to launch their own investigation and serialise it in that popular podcast format. 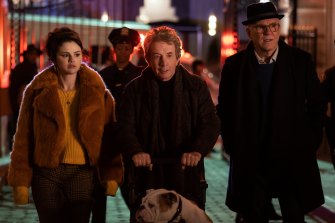 Selena Gomez, Martin Short and Steve Martin share an obsession for crime in the comedic murder-mystery Only Murders in The Building.Credit:Craig Blankenhorn/Hulu

Oh, and the stiff? That would be Tim Kono (Julian Cihi), a young man who police figure shot himself, even though he’d just bought what appears to be an expensive engagement ring. It’s quickly clear that Gomez isn’t just there to drag in a younger audience demographics – she’s at least a co-equal lead, and her mysterious character is the one with the connection linking our amateur sleuths to the deceased. And with Gomez being a seasoned actor and producer on top of being an honest-to-goodness pop star, she delivers an engaging, multi-faceted performance and comfortably holds her own on screen with Martin and Short.

It helps that she gets such a great wardrobe to play with – that combination of saffron jumpsuit and old-school paratrooper boots is a real winner. It probably didn’t hurt either that the first two episodes are directed by Jamie Babbit (But I’m a Cheerleader, Silicon Valley), who is as adept with drama as she is with satire, and who serves as an executive producer alongside Gomez and series creators Martin and John Hoffman (Grace and Frankie, Looking). 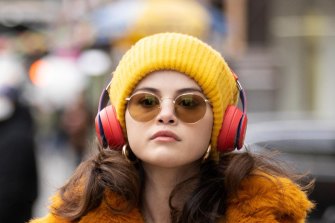 It goes without saying that Martin and Short are both adorable and wickedly funny – and as long-time real-life friends they’re completely in tune with each other’s comedic sensibilities and timing. Here their characters are chalk and cheese, but cut from the same cloth – they’re pretending that they have their ducks in a row while trying to distract from all the paddling underneath the water. The gags come in a range of shapes and sizes, one of the most exquisite involving Martin’s character and a little concertina. Great fun.

“I don’t usually greet the space at my house,” says Marie Kondo, banging a tuning fork on a crystal and waving it around her head.

In this case, though, she is concerned that having a whole TV production crew clomping through her living room “might scare my house”. Is the celebrated Japanese tidying-up expert fully off with the pixies? Opinions will vary, though Kondo herself explains that “in the Japanese way of thinking we believe that every object has a soul or life energy that flows through it”. 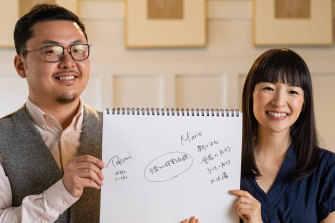 How does that square with chucking out loads of old stuff? Simple: you say goodbye to it with gratitude. And we already know how to do that, say with a cherished concert T-shirt that wound up being more holes than shirt. Now, though, Kondo wants her tidying-up projects to go much further in repairing lives and relationships. As this new series begins in California, it’s an immediate success. Not only does she transform the workspace of father-and-son nurserymen Jimmy and Logan; she draws the whole family closer. There are also plenty of practical tips for us at home. Magic.

It’s hard to nail these white-collar criminals, isn’t it? It’s been five years since US attorney Chuck Rhoades (Paul Giamatti) set out to bring down hedge-fund boss Bobby Axelrod (Damian Lewis), and as this new batch of episodes drops it’s Rhoades who’s on the back foot once more.

The enduring brilliance of Giamatti and the goodwill that he and the likes of Lewis, Maggie Siff and David Costabile have earned elsewhere give the self-aware melodrama a watchability lacking in other series set in the soulless world of high finance. 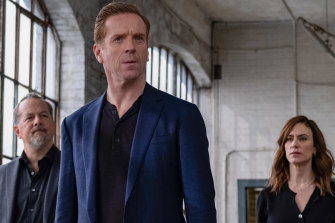 The Witcher: Nightmare of the Wolf
Netflix

Is there a place for Western anime? This gory, grimdark prequel to Netflix’s live-action series The Witcher answers with a resounding yes. As fans of that series, the video games and the novels of Andrzej Sapkowski know, “witchers” are itinerant, alchemically enhanced bounty hunters who wander a fictional medieval realm killing grotesque and deadly monsters for coin. 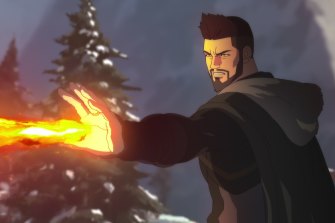 The Witcher: Nightmare of the Wolf is an imaginative, atmospheric film.Credit:Netflix 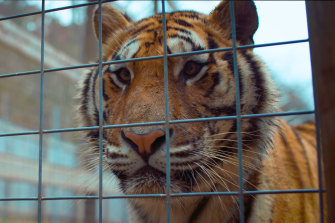 Fans of Netflix’s Tiger King will be all over this disturbing feature-length documentary in which retired cop turned animal advocate Tim Harrison exposes the squalid world of big-cat breeding and trafficking in the US.

This is no quickie cash-in – it’s the product of a three-year investigation by Harrison and filmmaker Michael Webber, and some big names who’ve spent many years taking big-cat cubs on the US talk-show circuit look pretty bad. A lot of those cubs didn’t come from real zoos or sanctuaries – much less end up in them. 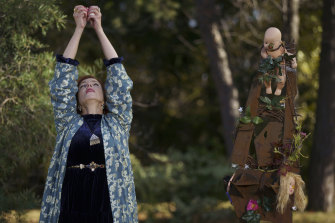 The awful offspring of the awful rich compete to the death for a dying patriarch’s fortune in Slasher: Flesh and BloodCredit:Cole Burston/Shudder

The world is ready for a mash-up of Succession and Survivor in which the awful offspring of the awful rich are forced to compete to the death for the fortune of a dying patriarch played by horror legend David Cronenberg. Add to that a masked slasher running around gutting or dismembering whichever ones he – or she – can get their hands on, and you have quite a vicious piece of work. This impressive season of Aaron Martin’s anthology series pays as much attention to character development as it does to the horror.

*Stan is owned by Nine, the owner of this masthead.