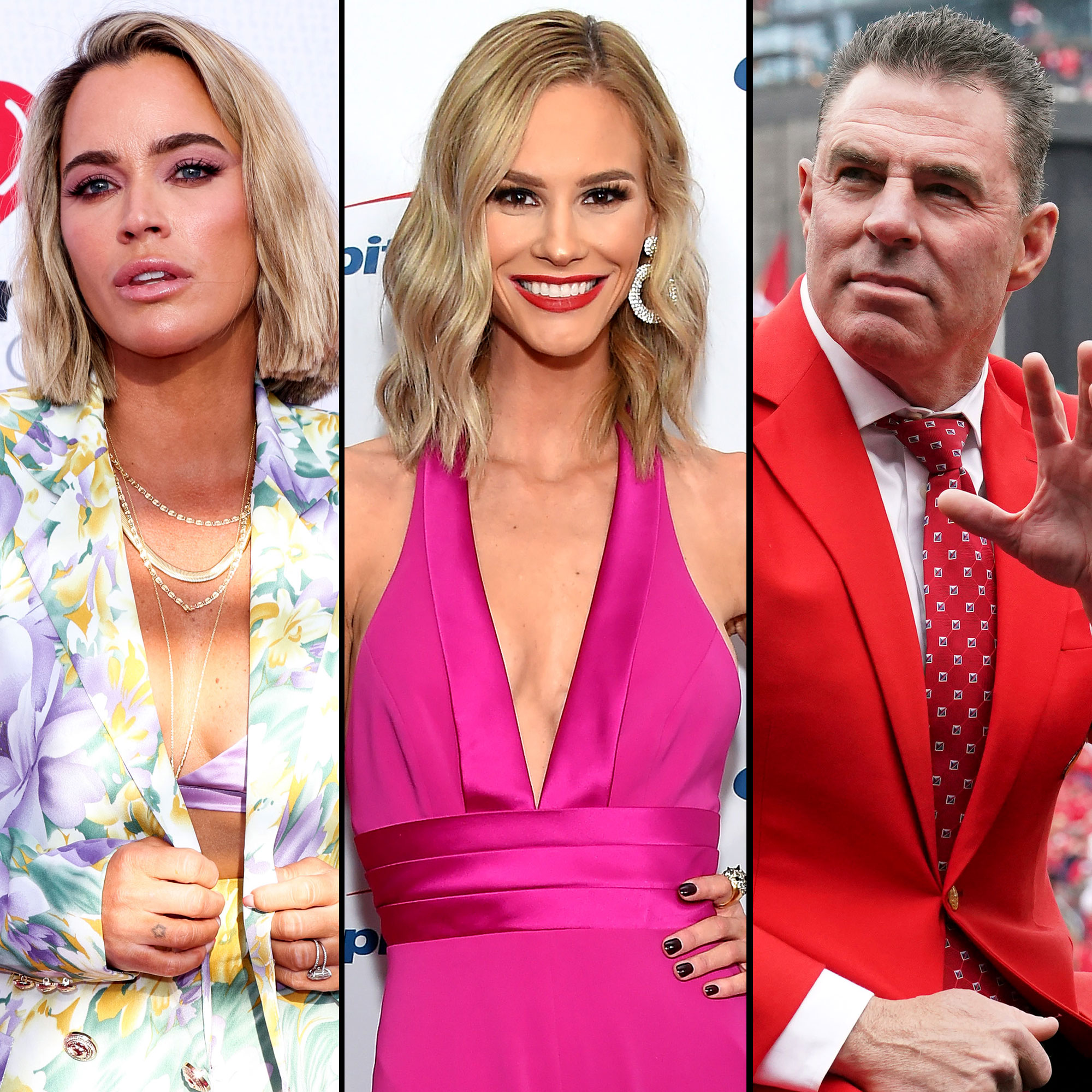 Saving the date? As Jim Edmonds and Kortnie O’Connor plan their romantic nuptials, his ex-wife Meghan King had a seemingly shady reaction to their invitation.

“I’m sorry, this is very cringe,” Teddi Mellencamp told the former Real Housewives of Orange County alum, 37, during the Thursday, July 28, episode of her “Two T’s in a Pod” podcast, noting she had received the engaged couple’s invite through a social media DM. “And I just have to [read] it. It says, ‘Ladies, be inspired by your favorite Bond girl. Gentleman: black tie or a white coat like James [Bond].’”

King — whose divorce with the 52-year-old former Cardinals player was finalized in May 2021 — admitted to Mellencamp, 41, that she had not previously seen the duo’s save-the-dates. “OK, alright, I mean everyone has their different style,” the Missouri native reacted during the Thursday podcast. “I mean, it’s implied [that Jim is James Bond].”

Meghan King and Jim Edmonds’ Ups and Downs Over the Years

“As far as Jim goes, no, we don’t talk,” she told the Celebrity Big Brother alum, noting she also doesn’t speak with his older children from previous marriages. “We have to use this app, it’s called ‘Our Family Wizard,’ so that’s what we use. I mean the court told us about it and I know a lot of people who use it.”

She added: “In this app, you can see the time and date stamps, and everything, and that’s harder to track via text message if anything in writing needs to be used in a court of law to make sure both parties are on their best behavior. … My coparenting situation is nonexistent.”

King and the retired baseball star — who wed in October 2014 — have been candid about their rocky relationship as they navigate raising their three little ones.

“I don’t know what coparenting is,” the model exclusively joked to Us Weekly in February, noting Aspen, Hayes and Hart primarily reside with her. “I struggle with communication [with him]. In order to coparent, you have to communicate right? Yeah, so that would be a good start. … Jim hates me. It’s horrible.”

Shortly after Edmonds and the 37-year-old real estate agent got engaged in August 2021, O’Connor has been the “closet thing” King has to amicably coparenting.

“That’s saying a lot because I don’t communicate with her either,” the “Intimate Knowledge” podcast host told Us at the time. “I don’t think [the kids] like it. I don’t think they know any different, but I don’t think they like it either. I wish we could discuss things about our children, but we can’t.”

During Thursday’s conversation, John Mellencamp’s daughter tried to get King to spill more tea about her former spouse — even asking if she thought Edmonds was a narcissist.

“I mean, I think you could Google [it] very quickly and give it about five minutes of [reading about] my relationship and anyone could make that decision for themselves,” she subtly replied.

Edmonds and O’Connor did not immediately respond to Us Weekly‘s request for comment.