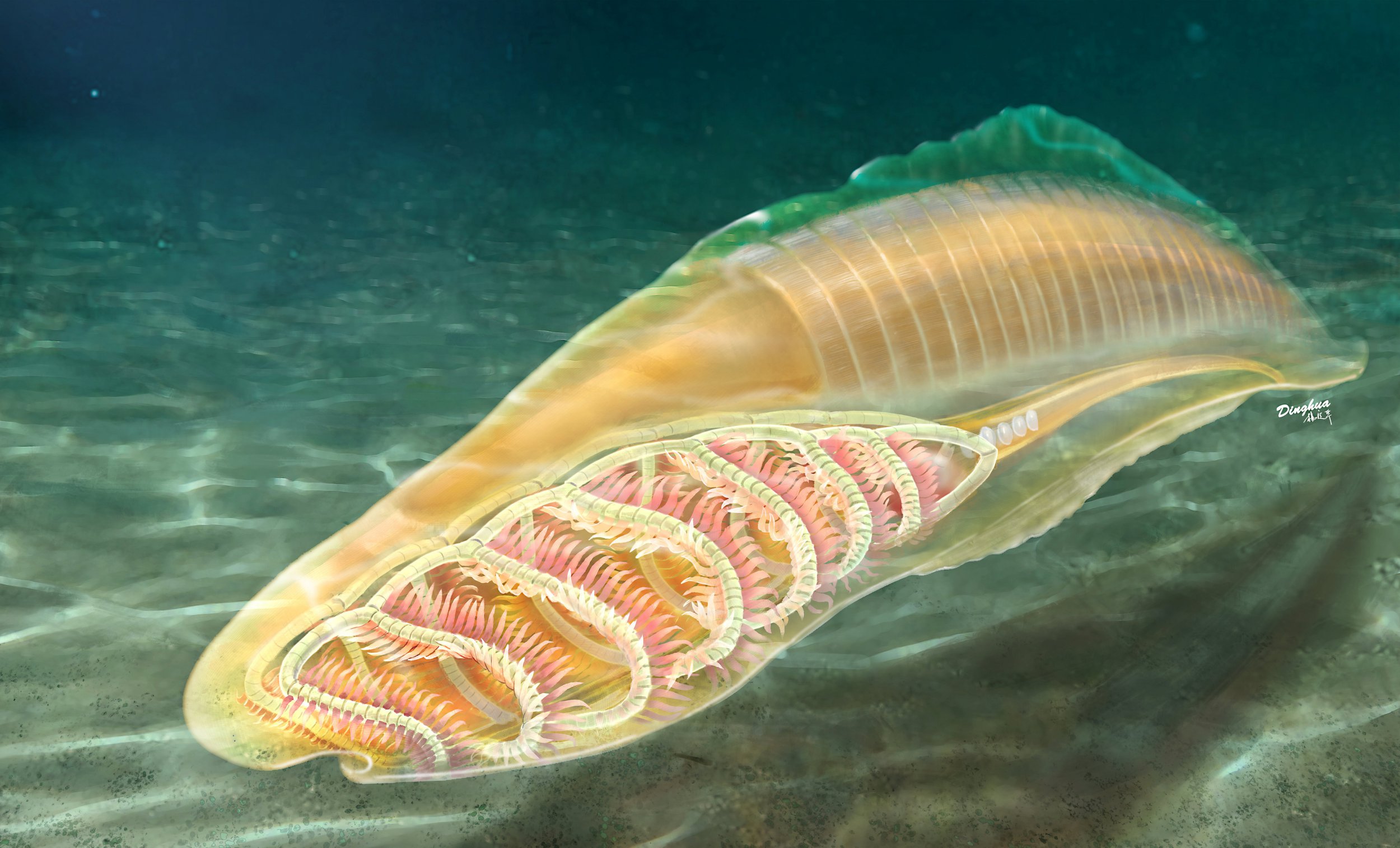 The oldest species with a backbone has been identified – dating back more than 500 million years.

A new study has revealed yunnanozoans as the oldest known stem vertebrates.

Scientists have long puzzled over the gap in the fossil record that would explain the evolution of invertebrates to vertebrates.

Vertebrates, including fish, amphibians, reptiles, birds, mammals, and humans, share unique features, such as a backbone and a skull. Invertebrates are animals without backbones.

The process that moved invertebrates toward becoming vertebrates – and what those earliest vertebrates looked like – has been a mystery to scientists for centuries.

Now a Chinese research team has conducted a study of yunnanozoans, extinct creatures from the early Cambrian period 518 million years ago.

Over the years, as scientists have studied how vertebrates evolved, a key focus of research has been the pharyngeal arches, those structures that produce parts of the face and neck, such as the muscles, bone, and connective tissue.

Researchers have hypothesised that the pharyngeal arch evolved from an unjointed cartilage rod in vertebrate ancestors, such as the chordate amphioxus, a close invertebrate relative of the vertebrates.

But whether such anatomy actually existed in the ancient ancestors has not been known for certain.

In an effort to better understand the role of the pharyngeal arch in ancient vertebrates, the Chinese team studied the fossils of the soft-bodied yunnanozoans found in Yunnan Province.

For years, researchers have studied the yunnanozoans, with differing conclusions on how to interpret the creature’s anatomy.

The 127 specimens they studied have well-preserved carbonaceous residues that allowed the team to conduct ultrastructural observations and detailed geochemical analyses.

Their findings, published in the journal Science, confirmed in several ways that yunnanozoans have cellular cartilages in the pharynx, a feature considered specific to vertebrates.

During their study, the team observed that all of the seven pharyngeal arches in the yunnanozoan fossils are similar to each other. The all arches have bamboo-like segments and filaments.

Neighbouring arches are all connected by dorsal and ventral horizontal rods, forming a basket. A basket-like pharyngeal skeleton is a feature found today in living jawless fishes, such as lampreys and hagfishes.

Study first author Tian Qingyi, of Nanjing University and Nanjing Institute of Geology and Paleontology, said: ‘Two types of pharyngeal skeletons – the basket-like and isolated types – occur in the Cambrian and living vertebrates.

‘This implies that the form of pharyngeal skeletons has a more complex early evolutionary history than previously thought.’

The new anatomical observations the Chinese team achieved in their study, support the evolutionary placement of yunnanozoans at the very basal part of the vertebrate tree of life.