Think cola is just for kids? A whole new variety of posh pop

Even better than ‘the real thing’? Think cola is just for kids? A whole new variety of flavours hopes to turn it into posh pop — with some very exotic ingredients

For years, cola has been top of the nation’s favourite pops and has dominated the soft drinks market. Sales stood at a staggering £4 billion last year. But look a little more closely at the supermarket shelves and you’ll see that, like tonic water before it, something has changed. Cola’s gone posh!

Having seen the phenomenal success of its fancy tonic waters, upmarket soft drinks producer Fever-Tree has introduced a smarter cola to its range.

‘It’s the world’s most popular flavour of soft drink, yet the choice is limited,’ says Fever-Tree founder Tim Warrillow. ‘Our approach to cola is different. We didn’t set out to produce a mainstream soft drink, rather a sophisticated mixer.’

Soft drink giant Coca-Cola has since followed suit, launching a range of posh bottled colas created with the help of top bartenders and designed specifically for mixing with different spirits such as tequila, vodka, rum and whiskies. 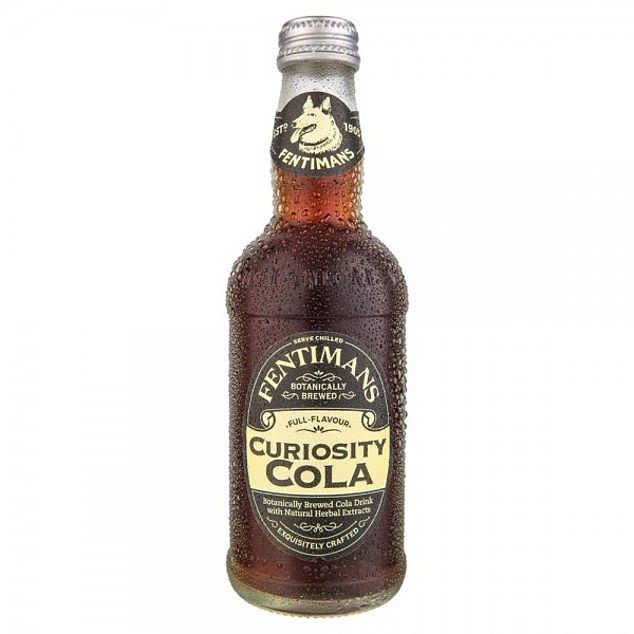 It’s a long way from cola’s humble beginnings, created as a temperance drink back in the late 19th century by American John Pemberton, who marketed his secret seven-ingredient recipe, including coca leaf and kola nut, on its medicinal properties. The drink was even believed to contain small amounts of cocaine until as late as the 1920s.

But pick up a bottle of posh cola and the ingredients list is likely to include a whole host of natural flavourings, including ginger, lemon, cardamom, coriander and yuzu juice, to name just a few.

Whether you’re after an organic one or a botanically brewed one, there’s a posh cola to suit your tastes. So are they up to scratch or are you better off sticking with your regular Coke? Our drinks expert HELEN McGINN puts a selection to the test . . .

Nicely mellow on the nose, but there’s a definite ginger taste which, given I’m expecting cola, is curious indeed. Love the quirky apothecary-inspired packaging, and it also comes in a can. It’s gluten free, suitable for vegetarians and 34 calories per 100 ml, and is not overly sugary. I’m not as bowled over by what’s inside, but it’s definitely improved when mixed with booze, unsurprisingly. 3/5 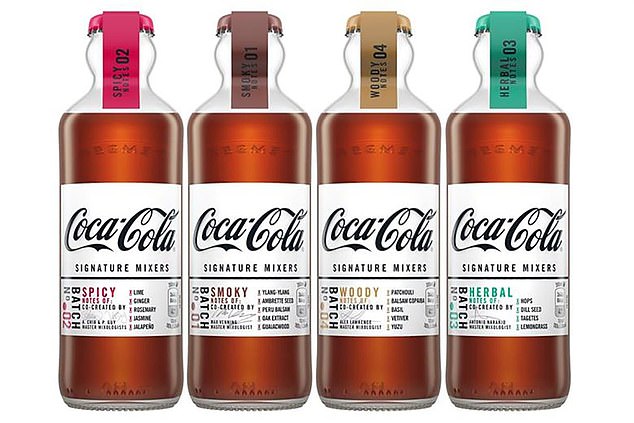 The label tells me there are patchouli, basil, vetiver (a bit like lemongrass) and yuzu flavours in there, but I just get a warmer, mellow aroma and flavour compared with your average cola.

Created with mixologist Alex Lawrence specifically to go with spiced rums or bourbon, the mixer comes to life with a slug of booze. Perfect for parties and definitely The Real Thing — just not quite as we know it. 4/5 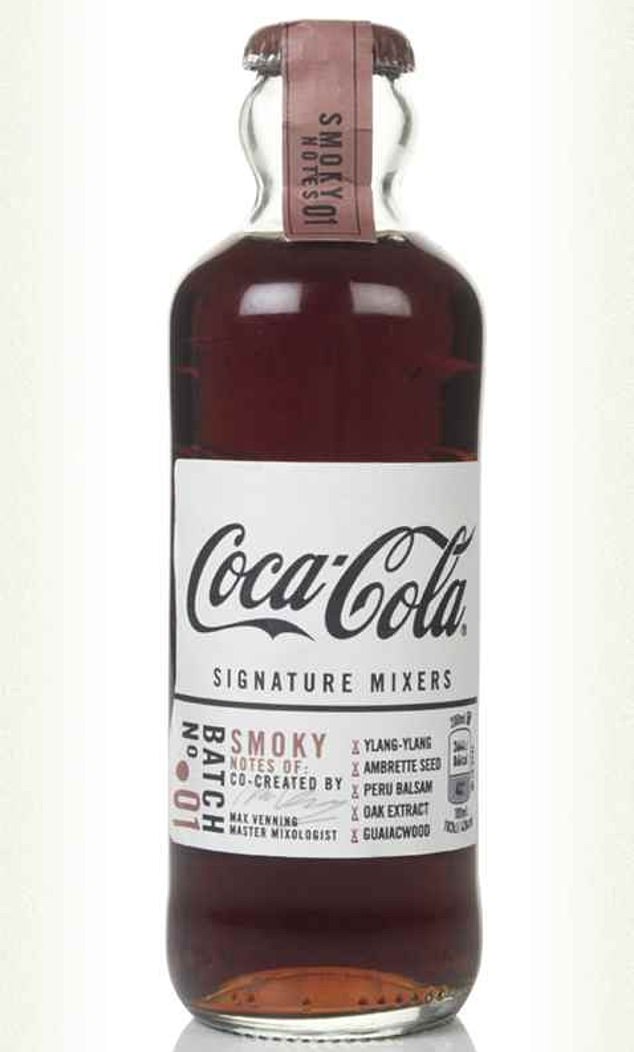 This one was created with another top mixologist, Max Venning, and has ingredients I’ve never even heard of. Guaiac wood, anyone? Me neither, but apparently it smells like tobacco.

To be honest, I think this smells very like Frazzles, but in a so-wrong-it’s-right kind of way (full disclosure, I love Frazzles). And it definitely works better once there’s a tot of whisky in there, which is what this was designed for. Both Signature Mixtures come in at a fairly hefty 43 calories per 100 ml, just so you know. 3/5 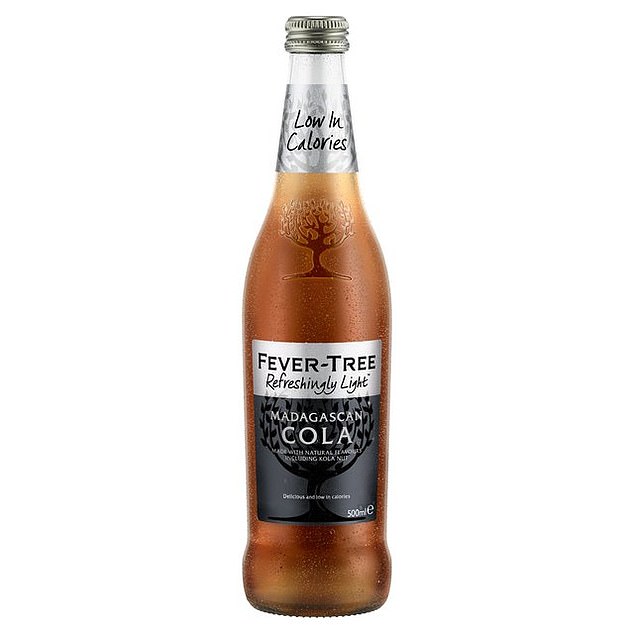 There’s a full-fat version, too, but even this tastes very like the real thing, just lighter and a little more natural. Made from a blend of kola nut, exotic spices, citrus and Madagascan vanilla, it’s got a reassuringly mellow, balanced malty flavour to it. And with no artificial sweeteners, it still manages to come in at just 19 calories per 100ml. Both refreshingly different and reassuringly cola-like. 5/5 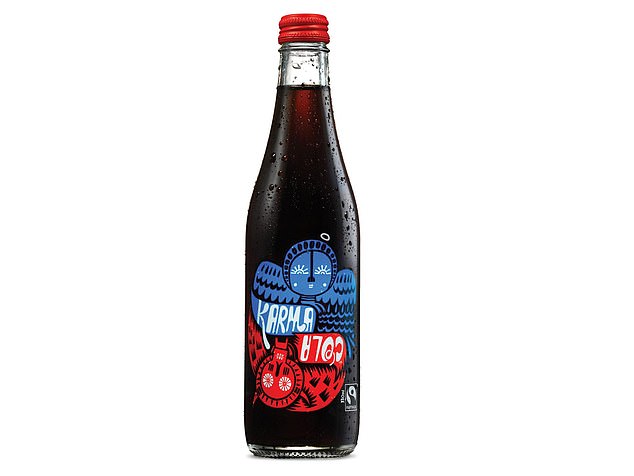 Talk about good karma: this is organic, suitable for vegans and made from Fairtrade ingredients. One per cent of revenue from every cola sold goes to the Karma Foundation, supporting education and health projects. Taste-wise, there’s a definite hint of throat sweets about it and there’s a fair whack of sugar in the mix. But the whole vibe is posh cola that happens to do good, too. And that works for me. 4/5 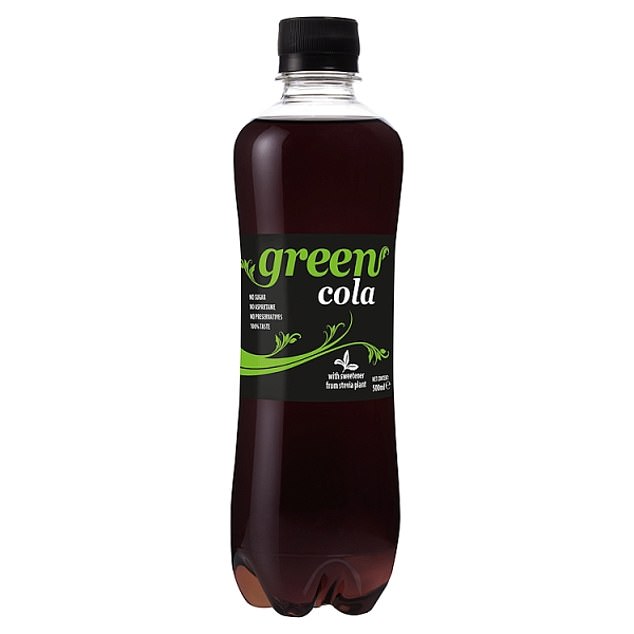 Helen said those who enjoy diet cola should try Green Cola (pictured), despite being a little hollow on flavour

If you’re a diet cola nut you may want to try this one for size. Made with no sugar, no aspartame, no phosphoric acid (used in most cola) or preservatives, this uses plant-based sugar substitute Stevia instead.

Even the caffeine is green, sourced from green coffee beans. But it’s a little hollow on flavour and the bubbles don’t last long in the glass. 2/5