World canoeing champion Charlotte Henshaw completed a full set of Paralympic medals after winning the battle of the Brits by powering to glory ahead of defending title holder Emma Wiggs in Tokyo.

Ex-sprinter Laura Sugar also claimed gold on Saturday, winning the women’s KL3 competition, while there was VL3 bronze for Stuart Wood in the men’s events.

Mansfield-born Henshaw has taken the sport by storm since switching from the pool in early 2017 and continued her remarkable progress by completing the 200m straight line in a personal best time of 50.760 seconds.

Teammate Wiggs was just 0.649secs off the pace as her Rio crown passed into the hands of her compatriot.

“I didn’t switch sports to win a gold medal but I’d be lying if I said I didn’t want to complete the set,” said 34-year-old Henshaw, who had both legs amputated above the knee aged 18 months after she was born with bilateral tibial hypoplasis.

“It’s lovely with a bronze and a silver but it looks much better with one of each colour.

“You always dream about it, you have to otherwise you wouldn’t put yourself through this. It was a cracking race and Emma is such a fearsome competitor, she’s won everything. She never gives in.”

Henshaw called time on her swimming career, which began at Beijing 2008, after falling out of love with training.

Five years ago she had never sat in a kayak but swiftly developed a passion for paracanoe as she searched for a way to prolong her sporting career. 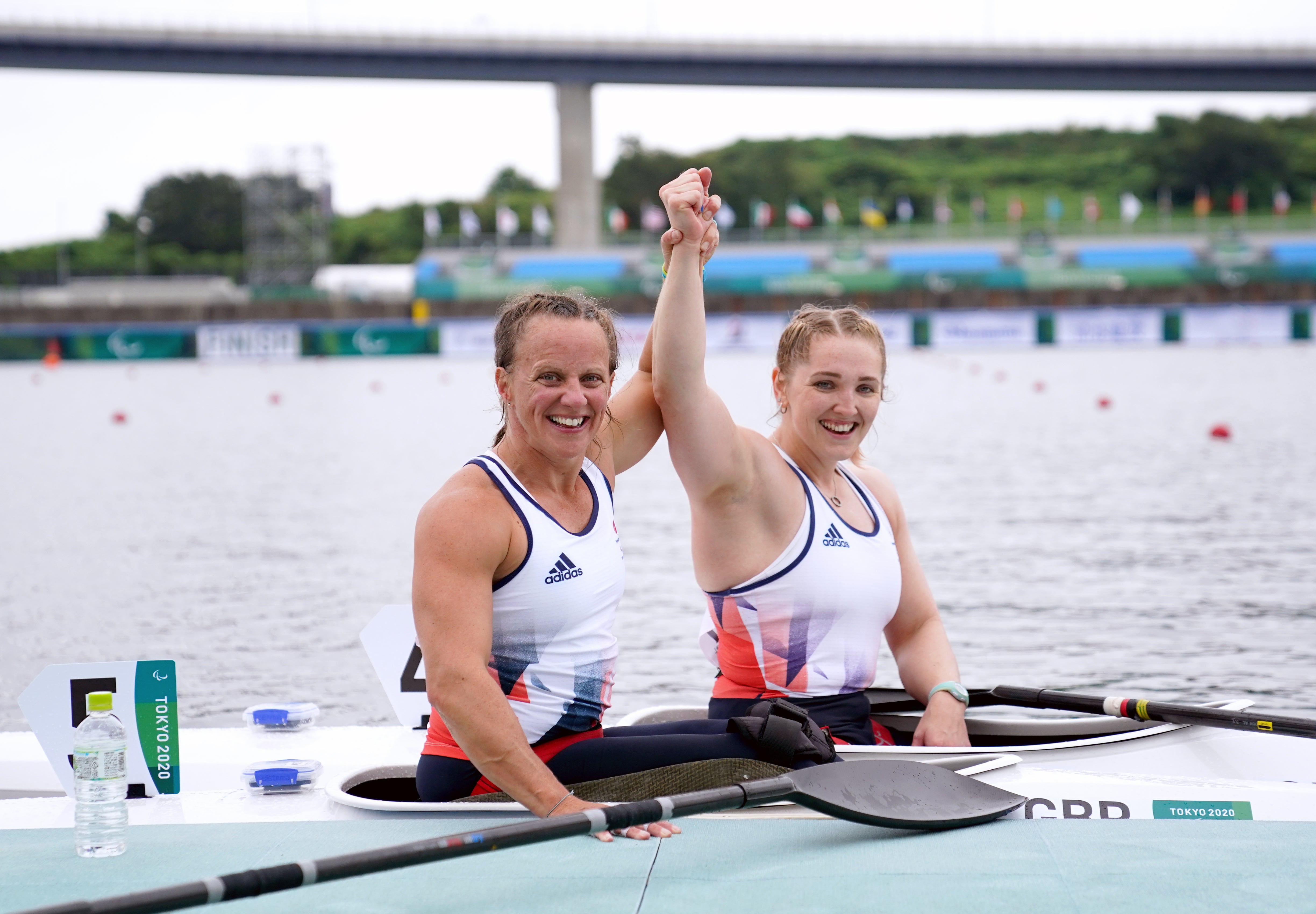 Her headline-grabbing performance came just nine months since undergoing surgery for endometriosis, a condition where tissue similar to the lining of the womb grows in other places, such as the ovaries and fallopian tubes.

“I knew I wasn’t done being an athlete – I knew that I had untapped ability,” she said.

“I tried a few sports but canoeing was the one I loved right from the get-go. I got in a boat in January 2017 and I’ve never looked back. It was clearly the right move.

“I was in hospital just before Christmas, so I missed a good chunk of training over the winter.

“It was tough to say I’d have the surgery in a Games year, but it was what I needed to do for my health.”

With Henshaw already planning to celebrate with pizza and ice cream, teammate Sugar secured her own place atop the podium.

The 30-year-old, who was born with talipes, or club foot, had finished fifth in both the T44 100m and 200m athletics finals in Brazil five years ago.

She outstripped those achievements on the water, crossing the line in a personal best 49.582secs, 1.976secs clear of France’s Nelia Barbosa, with German Felicia Laberer taking bronze. 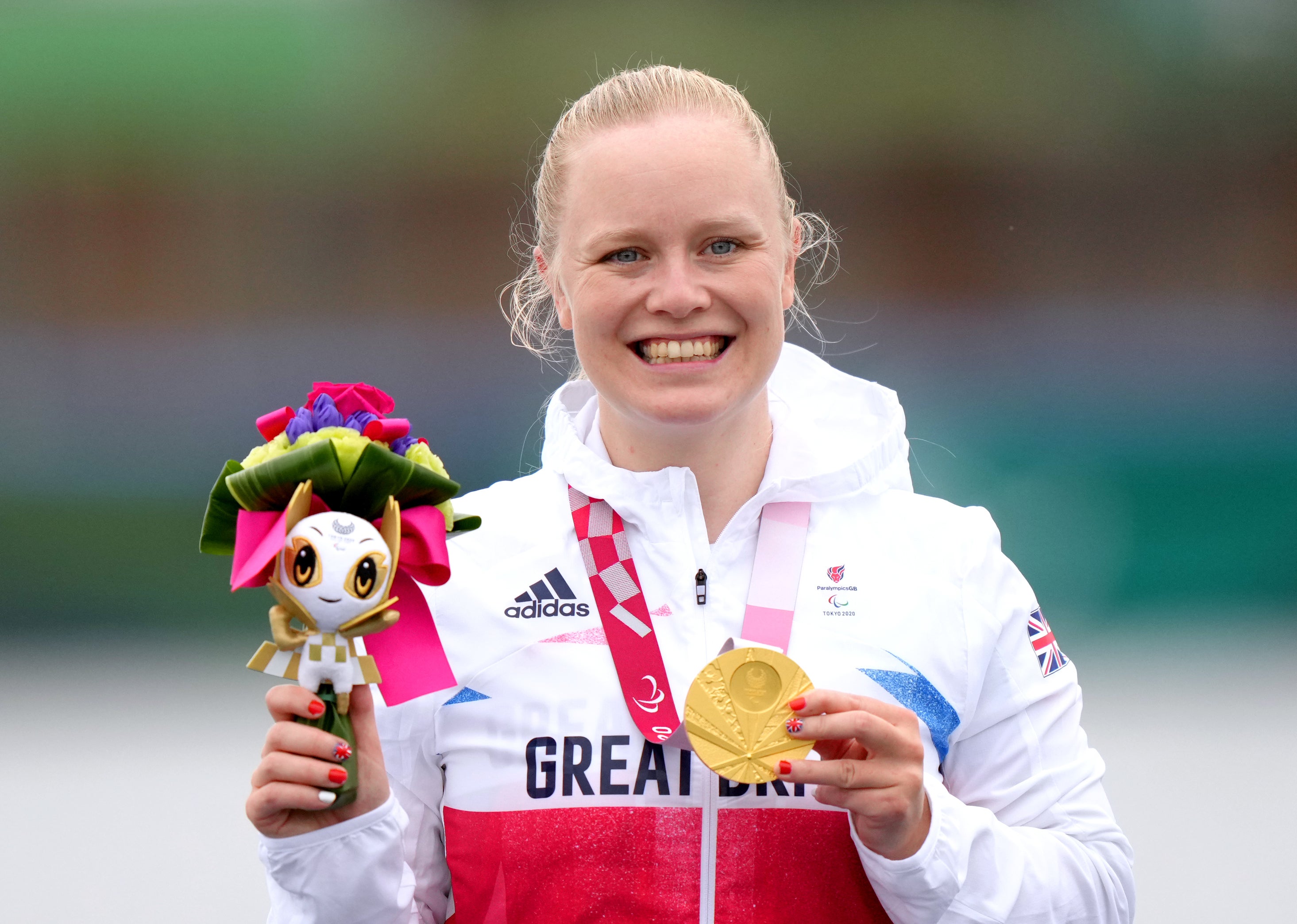 “The racer in me comes out halfway through the race, so I only think about nailing the start and it paid off,” said Sugar, who was enticed into Para sport after noticing discus thrower Dan Greaves had a similar condition while watching London 2012.

“I am just glad it has all gone to plan.”

“I was so sure that I’d lost it at the end there – I was so nervous and then so unbelievably relieved when it came up,” said the 27-year-old.

Meanwhile, 51-year-old Jeanette Chippington’s defence of her KL1  title ended in disappointment as she failed to progress from the heats.

Great Britain’s paddlers depart the Japanese capital with a total medal haul of seven after Friday brought gold for Wiggs and bronze for Chippington in the inaugural VL2 va’a, plus Robert Oliver’s third place in the KL3.