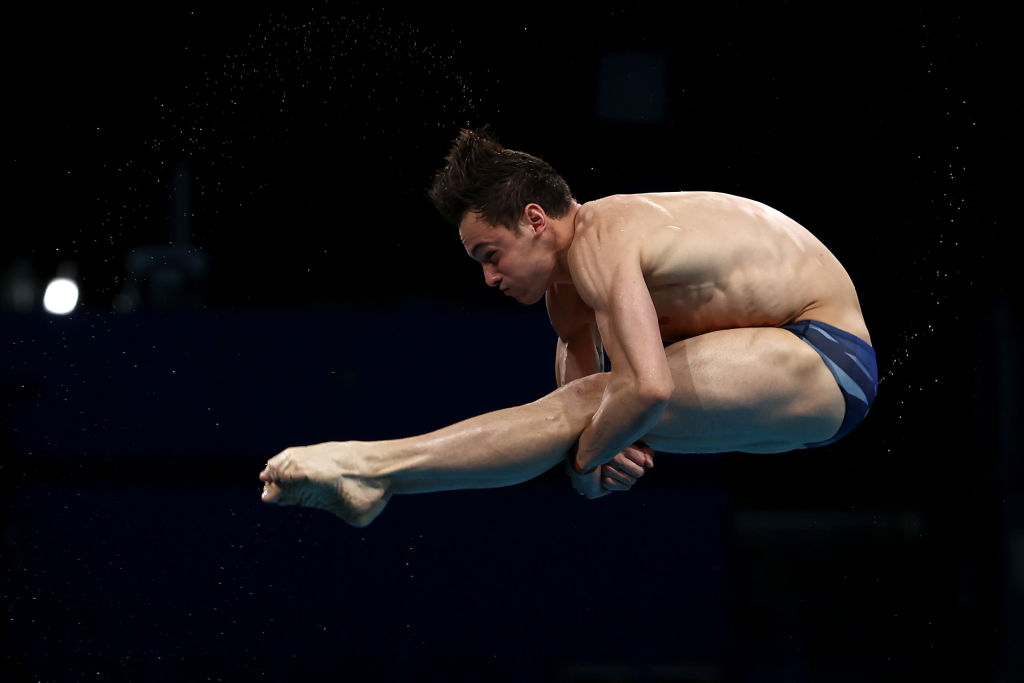 Tom Daley claimed bronze in the men’s 10m platform diving final on Saturday at Tokyo 2020, turning in an immense performance but narrowly finishing behind Chinese pair Cao Yuan, who took gold, and Yang Jian, who finished with silver.

Daley now has four Olympic medals to his name over three Games, competing in four in total despite still being just 27-years-old.

Each finalist had six dives at the Tokyo Aquatics Centre and Daley was in gold medal contention throughout with the Chinese superstars, Cao Yuan and Yang Jian.

It was a final of immense quality, but that trio were clearly the ones who would share the podium when the diving finished, notably a cut above the rest of the competition.

Cao proved to be unbeatable, though, with three dives of over 100 points in his six attempts, which was an incredible return.

26-year-old Cao won the gold in 10m synchro back at London 2012 and gold in the 3m springboard in Rio, completing a trio of golds in three different disciplines.

He is the reigning world champion in 10m platform after gold at Gwangju 2019 and adds the Olympic title to his immense CV.

Daley adds this bronze to the gold he won in the synchronized 10m platform with Marry Lee, helping Team GB continue their impressive performance in Tokyo.

Great Britain sit fourth in the medal table as the Games nears its conclusion, only behind China, USA and host country Japan.

For more stories like this, check our sport page