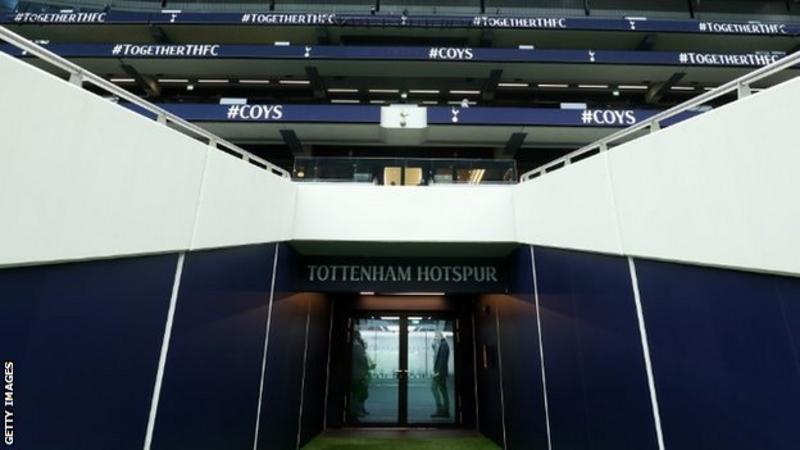 Tottenham have reversed their decision to use the government’s furlough scheme for some non-playing staff during the coronavirus crisis following criticism from supporters.

But on Monday, a Spurs statement said non-playing staff will receive “100% of their pay for April and May”.

Only board members will now take salary reductions, the statement added.

On Friday, Tottenham Hotspur Supporters’ Trust (THST) urged the club to “do the right thing” and reverse the decision, saying “mass supporter opinion against these decisions had solidified”.

Spurs’ statement on Monday said: “With no clarity on when football might resume, and under what conditions, we shall continue to keep this under ongoing review.

“We are acutely aware that many supporters were against the decision we made regarding furloughing staff who could not carry out their jobs from home.

“This once again underlines that we bear different pressures to other businesses, many of whom have and will continue to apply for support from the scheme as the government intended.”

The Premier League club added they would continue to consult with stakeholders and the THST, “who share our desire to protect jobs”.

Tottenham chairman Daniel Levy said: “We regret any concern caused during an anxious time and hope the work our supporters will see us doing in the coming weeks, as our stadium takes on a whole new purpose, will make them proud of their club.”

Spurs also announced they will become the first club in the Premier League to provide equipment at the Tottenham Hotspur Stadium for drive-through COVID-19 testing for NHS staff and their families.

Newcastle United, Bournemouth and Norwich City are among the Premier League clubs to announce they will furlough some non-playing staff.

Leaders Liverpool have already reversed their decision to place some non-playing staff on temporary leave and apologised to fans following a fierce backlash.

Analysis – ‘sense has prevailed in the end’

Tottenham came under intense pressure from their own fans, those wider in football and the general public over their initial decision but this decision (to reverse it) has been a longer time coming than many thought.

People inside the club advised Daniel Levy that it was a bad move to start with but it seems that sense has prevailed in the end.

I suppose this is just an example of how football and footballers are maybe held up to different standards of society.

It was said at the time that companies who were of a similar size to Tottenham were using the job retention scheme that the Government put in place.

But football is different and football pays its players a lot of money, football receives a lot of money from TV and therefore it has scrutiny that others businesses just don’t have. Any club that goes down this route can understand that they will be left open to criticism.