According to the latest figures published on Diabetes UK website, there are a staggering 3,319,266 people in the UK living with diabetes. Those with the condition are said to have insulin resistance which keeps the body from using insulin the way it should. There are usually a combination of factors why a person will be diagnosed with type 2 diabetes and these include genes, carrying extra weight, having a metabolic syndrome, too much glucose from the liver, bad communication between cells or having broken beta cells. If the condition is left untreated, serious complications could ensue, including kidney damage, eye damage and an increased risk for heart disease or stroke. Thankfully, the latest study states doing an activity we all do everyday could help lower risk of developing the dangerous condition.

A study published in ‘Diabetologia’ journal found that brushing teeth three times a day or more is linked to an eight percent lower risk of developing diabetes.

Findings also show that the presence of dental disease is associated with a nine percent increased risk, rising to 21 percent for those with 15 or more missing teeth.

Authors underline that inflammation plays an important role in the development of diabetes; periodontal disease and poor oral hygiene can provoke transient infection and systemic inflammation.

The report also states that tooth decay, especially as it worsens, can contribute to chronic and systemic inflammation – and increase the production and circulation of inflammatory biomarkers – which as previous studies have shown are linked to insulin resistance. 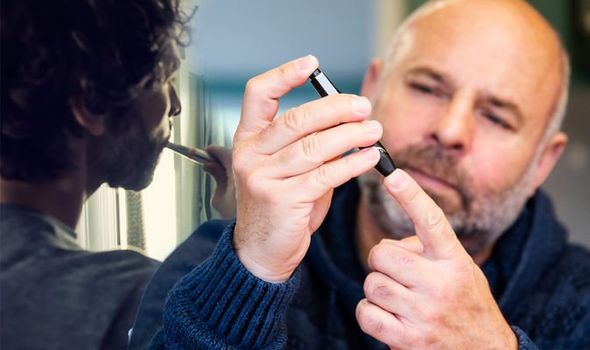 In the 10 years of study, it was found that those under the age of 51 who brushed their teeth more than the recommended twice a day had a 14 percent lower risk of diabetes.

The study, led by Dr Tae-Jin Song of Seoul Hospital and Ewha Women’s University College of Medicine found that one in six participants were found to have periodontal disease caused by infrequent teeth brushing.

Authors of the study noted: “Frequent tooth brushing may decrease the risk of new-onset diabetes and the presence of periodontal disease and increased number of missing teeth may increase that risk.

“Overall, improving oral hygiene may be associated with a decreased risk of occurrence of new-onset diabetes.”

The authors added that while the study does not reveal the exact mechanism connecting oral hygiene to development of diabetes, tooth decay, especially as it worsens, can contribute to chronic and systemic inflammation which has serious effects on the body. 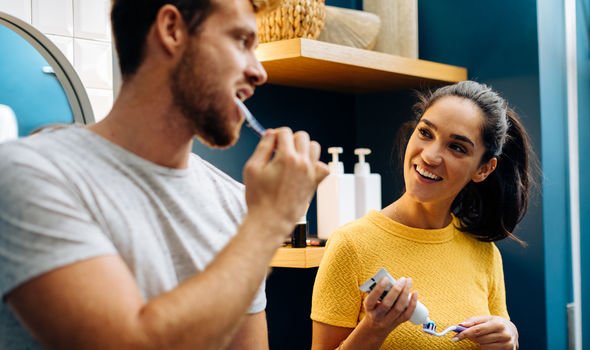 What is gum disease?

The NHS said: “Gum disease is a very common condition where the gums become swollen, sore or infected.

“Most adults in the UK have gum disease to some degree and most people experience it at least once.

“If you have gum disease, your gums may bleed when you brush your teeth and you may have bad breath.

“This early stage of gum disease is known as gingivitis. If gingivitis is not treated, a condition called periodontitis can develop. This affects the tissues that support teeth and hold them in place.” 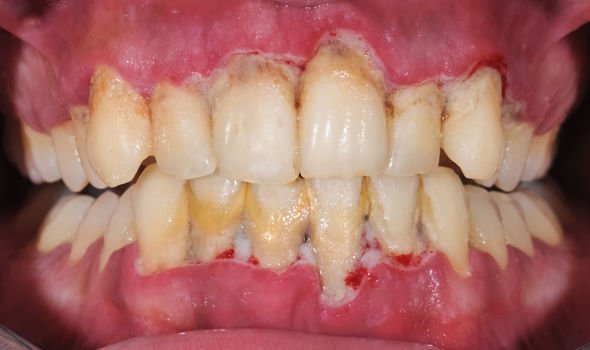 Gum disease is caused by a buildup of plaque on the teeth. Plaque is a sticky substance that contains bacteria.

Having this condition also makes a person more susceptible to heart attacks or heart disease.

The study concluded that brushing teeth more than the recommended amount of times a day could help to reduce serious health risks including type 2 diabetes.

The study also noted that there were differences between men and women, with stronger links between increasing brushing and reduced diabetes risk in women.

Leading dentists recommend brushing your teeth for two minutes and being sure to clean the inner, outer and chewing sides of your teeth. For added good oral health, use a tongue scraper as the tongue is an ideal site for the growth of bugs and bacteria.

The RW Perio by Dr Reena Wadia aims to remove the coating on the tongue that barbers bad smells and dirt.