TYON FURY'S trilogy of fights with fierce rival Deontay Wilder will go ahead on October 3, according to reports.

The Gypsy King will defend his newly-crowned WBC title against the Bronze Bomber under the lights in another Las Vegas showdown. 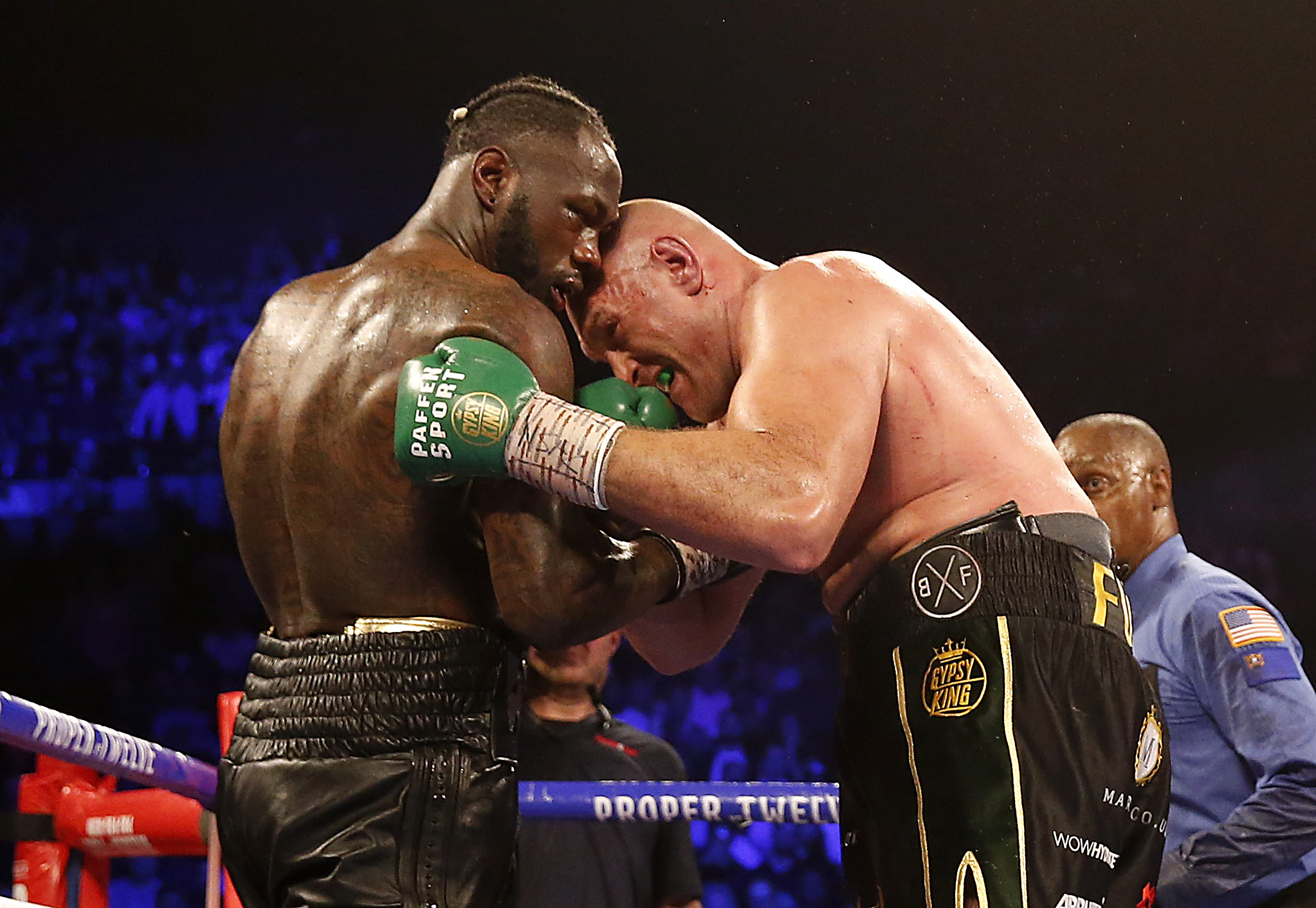 Despite reports that the fight could go ahead in the summer, a scrap was always preferred to take place towards the end of the year.

And now the Athletic write that a date and location has been confirmed after Wilder exercised a rematch clause days after his stunning defeat last month.

The impact coronavirus has had on sport has not had an effect on the date with Wilder preferring to prepare physically and mentally for the rematch.

Fury, 31, schooled the American in their second bout forcing Mark Breland to throw in the towel in the seventh round.

Wilder was furious with the decision and threatened to sack his long-term trainer who was left in tears after being shunned from the dressing room.

It was the first defeat of his professional career – 14 months after their highly controversial draw.

Wilder blamed the defeat on his 45lb walk-in costume by claiming it made his legs weak by the time he entered the ring.

Their October rematch means  an undisputed heavyweight showdown with Anthony Joshua will not happen this year.

Boxing fans were hoping for an all-British showdown between in 2020 following AJ’s defence against Kubrat Pulev at Tottenham Hotspur Stadium on June 20.

But even that fight is in doubt following the deadly global spread of Covid-19.