UEFA will hold crisis talks this week over fears coronavirus could KO the Champions League’s final stages AND Euro 2020.

Football chiefs want talks with all 55 member associations at the annual Congress in Amsterdam. 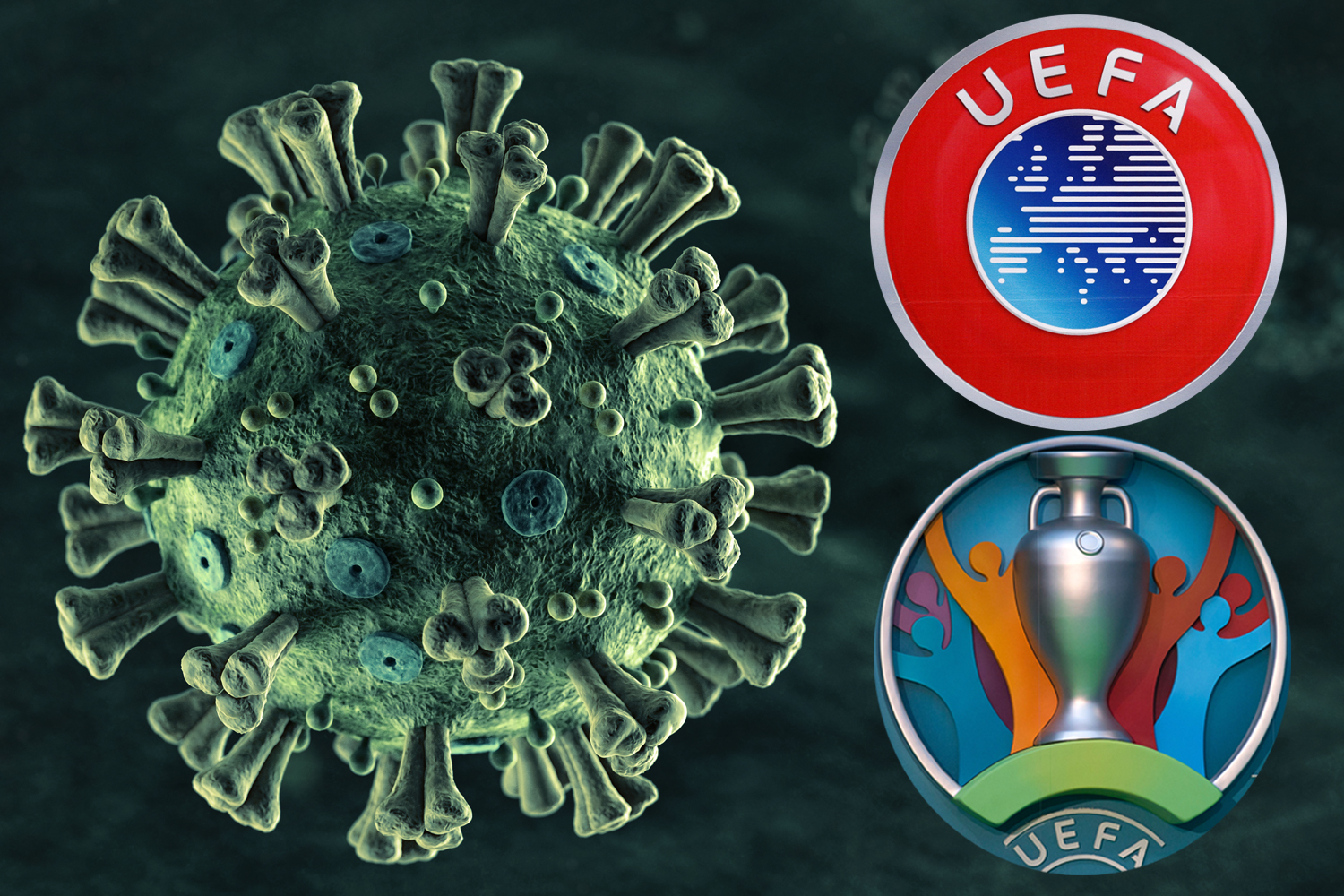 Italy’s Serie A postponed five games yesterday, including the top-of-the-table clash between Juventus and Inter Milan.

They will now not be played until MAY — despite the clubs being told just three days ago their matches must be played behind closed doors.

In France, health minister Olivier Veran banned meetings of more than 5,000 people “in a confined space”.

And it could KO France’s potential Six Nations decider against Ireland on March 14.

Worried Six Nations chiefs meet tomorrow to thrash out plans for the final two rounds of games. But the tournament is unlikely to be finished by the end of the season.

Ireland’s game in Italy next weekend, and the women’s equivalent, has already been cancelled and England’s Rome trip on March 14 is in doubt.

FA of Wales chief executive Jonathan Ford admitted they might not be able to play their final Euro 2020 group game as planned if the spread of the virus continued.

Ford said: “We’re due to be playing Italy in Rome during Euros but it has to be health first — sport second.”

At this stage, Euro chiefs are insistent there are no plans to postpone the latter stages of this season’s Champions League or Europa League.

While the summer Euros, which will be played in 12 countries, remain on schedule.

But Ceferin will hold talks with members over the next 48 hours, as doubts rise about this month’s final Euro 2020 play-offs — involving Northern Ireland, Scotland and the Republic — and the planned international friendlies.

“I know Uefa and ourselves are in direct contact with the World Health Organisation and we will take whatever advice we receive.”

England manager Gareth Southgate is still expecting the Wembley friendlies with Italy and Denmark to go ahead.

But FA chief executive Mark Bullingham admitted: “It’s a government decision. We have the games planned and will speak regularly to the government.” 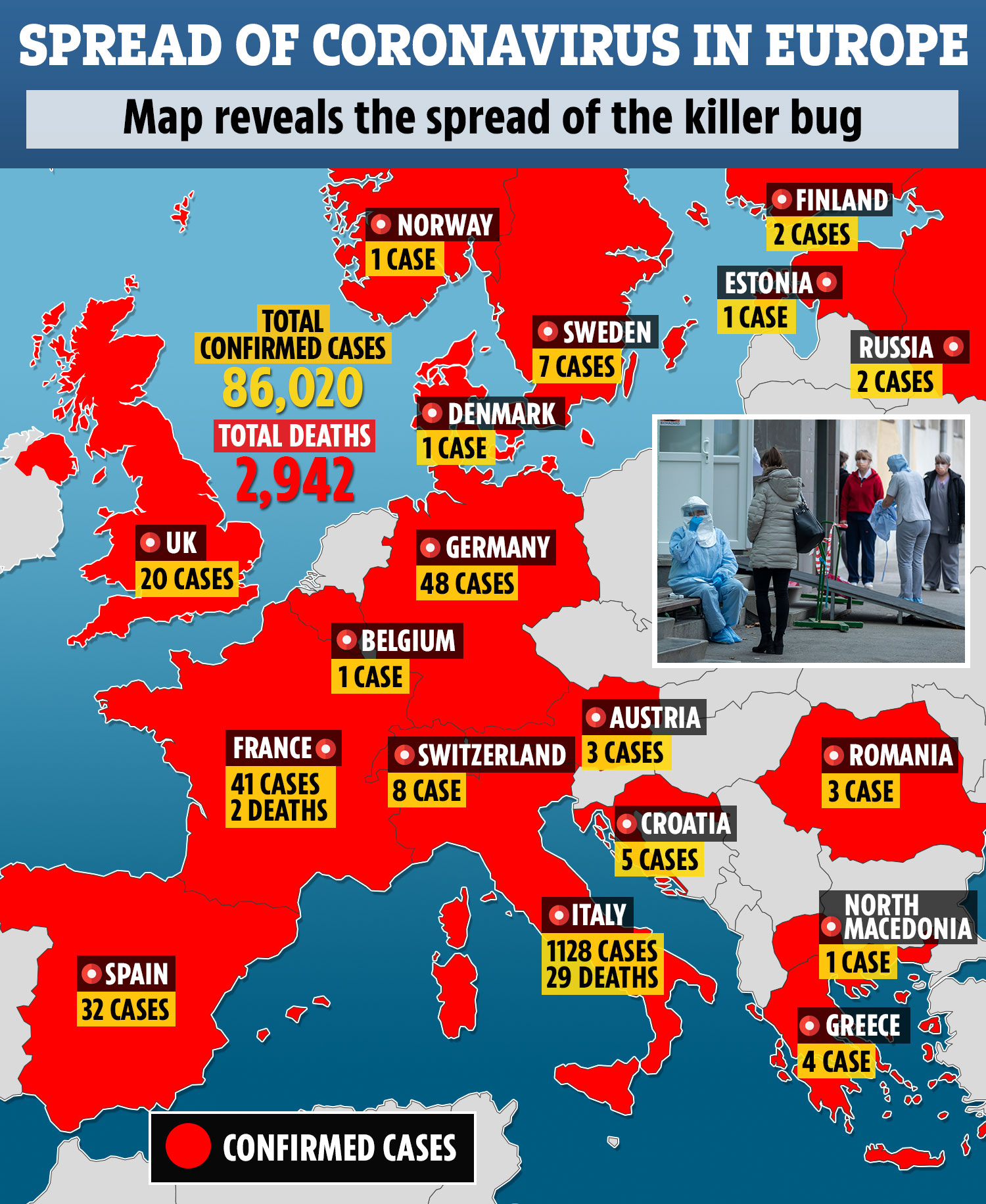 Worried Formula One team boss Franz Tost claims it would be “unfair” to start the new season if coronavirus stops some of them attending this month’s first Grand Prix.

F1 supremo Chase Carey insists the first three races — in Australia on March 15, then Bahrain and Vietnam — will go ahead despite health fears.

Yet some teams fear they may have issues travelling to the countries, or be refused entry.

That is currently Europe’s worst-infected country, with 21 deaths and nearly 900 confirmed cases.

Tost said: “If teams can’t run, it would be unfair to start the season as this is a big disadvantage.”

Britain’s six-times world champ Lewis Hamilton is due to begin the defence of his crown in Melbourne.

But Ferrari team principal Mattia Binotto added: “What will the situation be if four teams cannot run? Will it take place or not?”

Binotto also insists F1 teams must be given assurances about the risks they may face BEFORE flying to Melbourne.

MICHAEL MORKOV feared he had spread coronavirus to his Danish team-mates and other top track cyclists.

The 34-year-old spent 34 hours in a hotel room under quarantine during the UCI Track Cycling World Championships in Berlin.

Morkov flew in from the UAE Tour, which was cancelled over fears two staff members contracted the virus.

He said: “I realised I could be a carrier and thought about us hugging a hundred times over there. I felt really guilty.”