That’s why they call them killer heels! Research finds it takes FOUR days for feet to recover after wearing ill-fitting shoes – with millions of us buying the wrong size

It can take three-and-a-half days for feet to return to normal after donning a pair of uncomfortable shoes, research by footwear brand Hotter has shown.

According to the historic Lancashire company, the average Brit wears an ill-fitting pair of shoes for an average of two days every month, taking three weeks in total every year of recovery time.

The study, which surveyed 2,000 people, found that nearly 30 million British people are likely to have damaged their feet by wearing shoes that are the wrong size or fit. 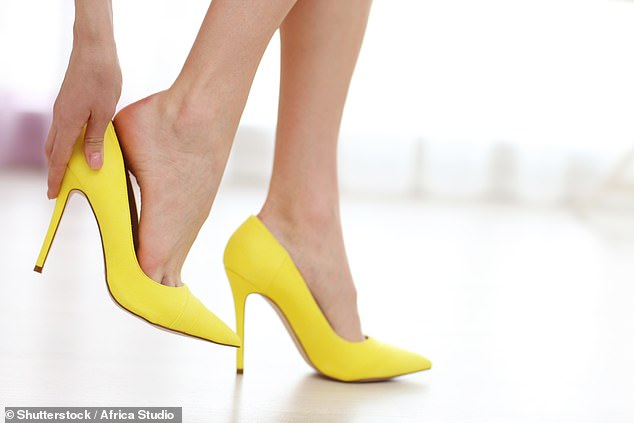 One in five admitted that they haven’t had their feet measured in more than ten years, meaning millions have no idea what their shoe size really is.

Dina Gohil, a podiatrist and foot expert, warned that as well as crippling our feet, wearing poorly-fitting shoes can actually cause back and neck problems.

She said: ‘Think of shoes as the foundations of your body, if the foundations don’t support you properly, it puts more pressure on other areas of the body like your knees, hips and lower back. This extra pressure will cause for overcompensation on these areas.’

She added: ‘It is incredible how so many people are unaware that something as simple as the footwear may cause lower body pains and aches even in your neck.’ 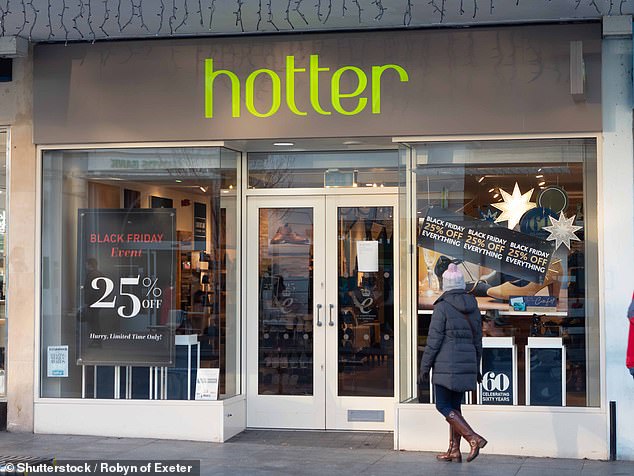 The study – which was commissioned by Hotter and surveyed 2,000 people – when applied to the nation as a whole found nearly 30 million British people have damaged their feet

One in eight adults knowingly wear the wrong size shoes, despite the agony they cause, simply because they like the style, the research also found. And nearly a third have footwear they describe as ‘sit-down shoes’ only.

As a result of wearing the wrong size, a tenth of Brits have to deal with painful bunions on a day-to-day basis. Thirty-eight per cent report hard skin on their feet, while more than one in 20 are contending with painful blisters.

It also emerged that four in 10 adults say looking good is their primary consideration when buying shoes, while a tenth are more concerned whether their legs look nice.

And just under a fifth believe they must wear the wrong size shoes because the ones they want aren’t available in half sizes or different width options.

Victoria Betts from shoe brand Hotter said: ‘We are on a mission to measure the nation’s feet.

‘Our shoes come in four fittings, and with half sizes, we have over 6,500 options in our collection so we can precision fit every pair.

‘Our 3D Hotter Footprint scanners measure feet in five seconds and we’re taking them across the nation to share the joy of shoes that fit perfectly.’