After two hellish days of respite, Euro 2020 will continue with the round of 16 starting this weekend.

Dream Team Euros gaffers will be looking forward towards mini-league glory (or at least a respectable placing) but it’s important to reflect on what’s already happened when devising a strategy for the next two weeks.

What’s remarkable is that this team is theoretically possible as it comes in at £48m – £2m under budget! 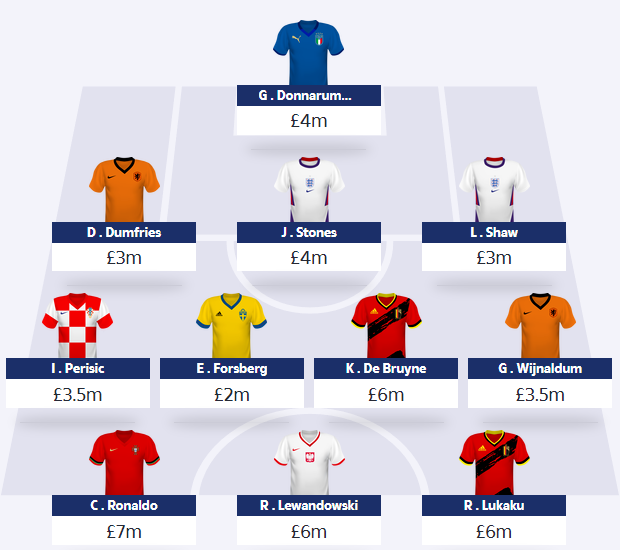 Italy and England are the only two teams yet to concede a goal at Euro 2020 so it stands to reason that the Azzurri’s custodian and Jordan Pickford would be level at the top of the goalkeeper rankings on 18 points each.

We’ve chosen Donnarumma – soon to be confirmed as PSG’s latest recruit – over England’s No1 simply because he has a higher ownership and, let’s face it, he has a greater chance of extending his clean sheet streak in the round of 16. 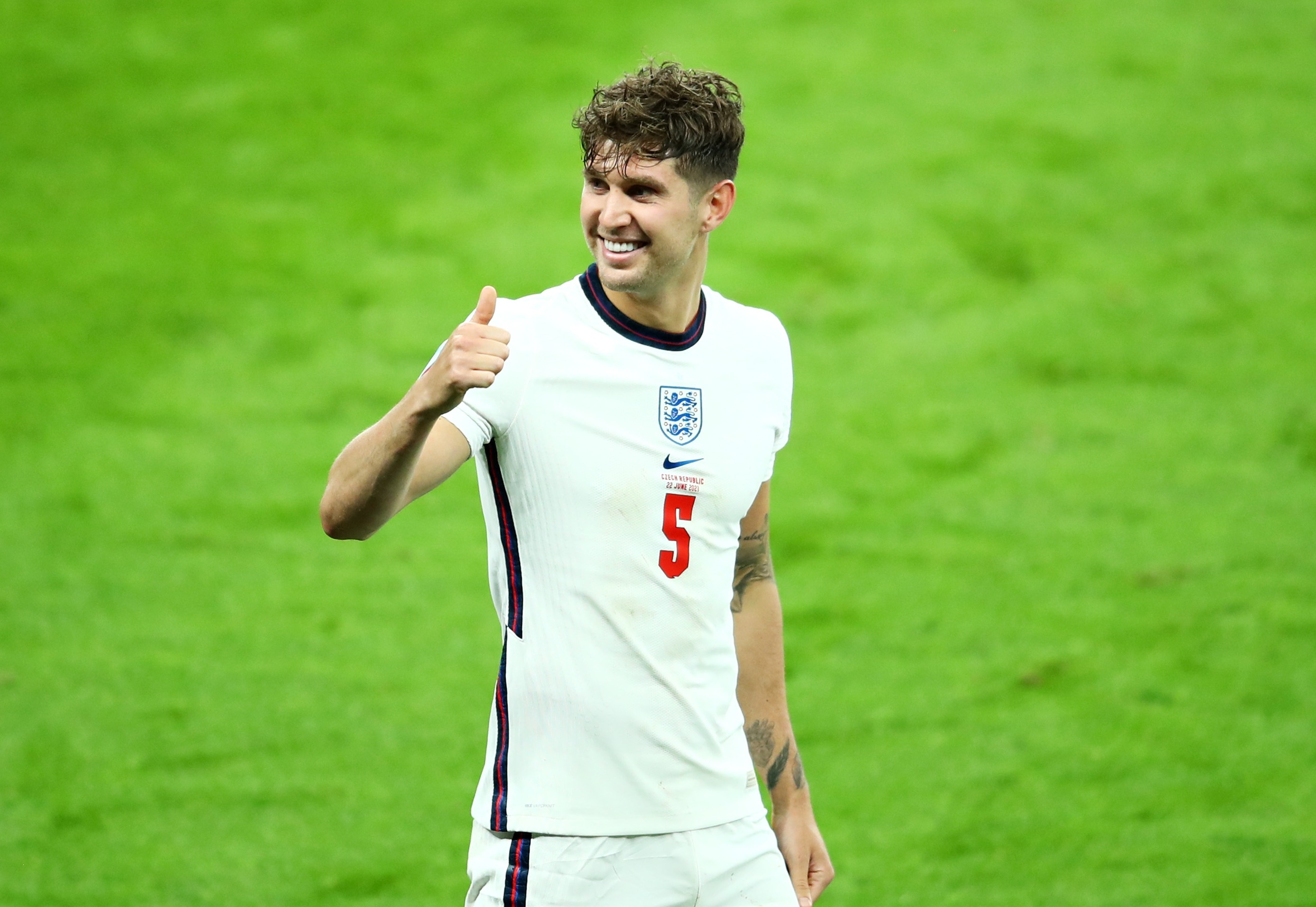 We’ve written too many words about Netherlands’ rampaging right-back already this tournament – his tally of 27 points is the best among defenders at this stage.

The likes of Harry Kane and Phil Foden may have produced disappointing returns so far but Gareth Southgate’s cautious approach has benefited Pickford and the Three Lions’ defenders, with Stones emerging as the standout performer on 24 points.

Left-back Shaw is not far behind on 21 points despite sitting out England’s 1-0 win over Croatia – he managed to scoop a Star Man award against Czech Republic.

Tyrone Mings and Aymeric Laporte also have 21 points but, again, they aren’t as popular as Man United’s No3. 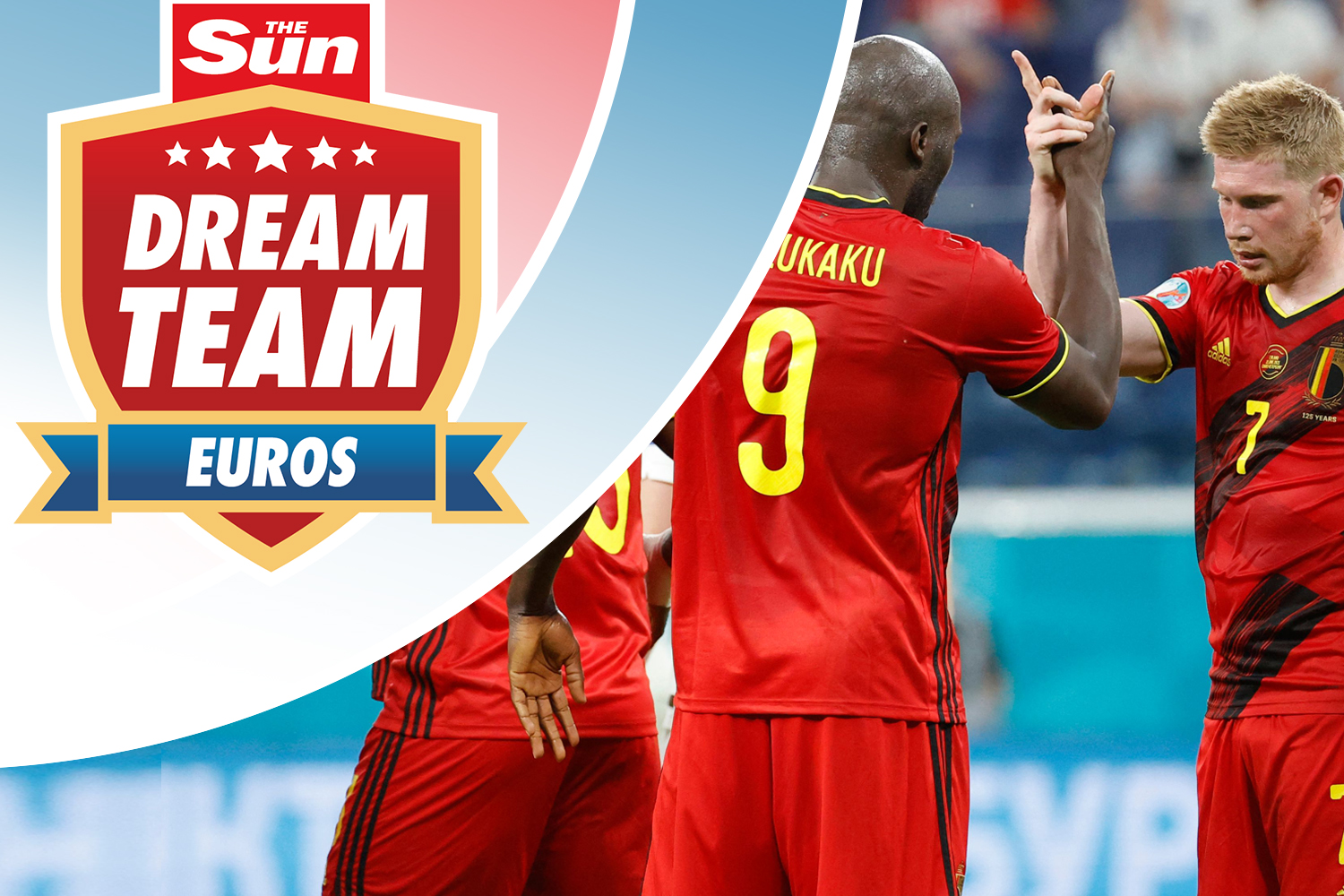 As usual, the midfielders contributing heavily in attack are the most successful – this quarter have nine goals between them after the group stage.

Netherlands have been gifted a relatively favourable draw against Czech Republic in the round of 16 and will fancy their chances against the winner of Wales v Denmark in the quarter-finals if they reach the last eight.

Wijnaldum (21 points) is well placed to possibly dethrone Perisic (28 points) as the best midfielder in Dream Team Euros in the next 10 days.

A brace against Poland moved Forsberg onto 26 points while De Bruyne (25 points) is by far the most-popular midfielder in the game with an ownership of 41.9%.

According to our ratings providers WhoScored, Belgium’s strawberry-blonde playmaker has been the best player on display at Euro 2020 – he’s got an average rating of 8.84!

Manuel Locatelli (£3.5m) just misses out via ownership – the Italian racked up 21 points in his first two group games. 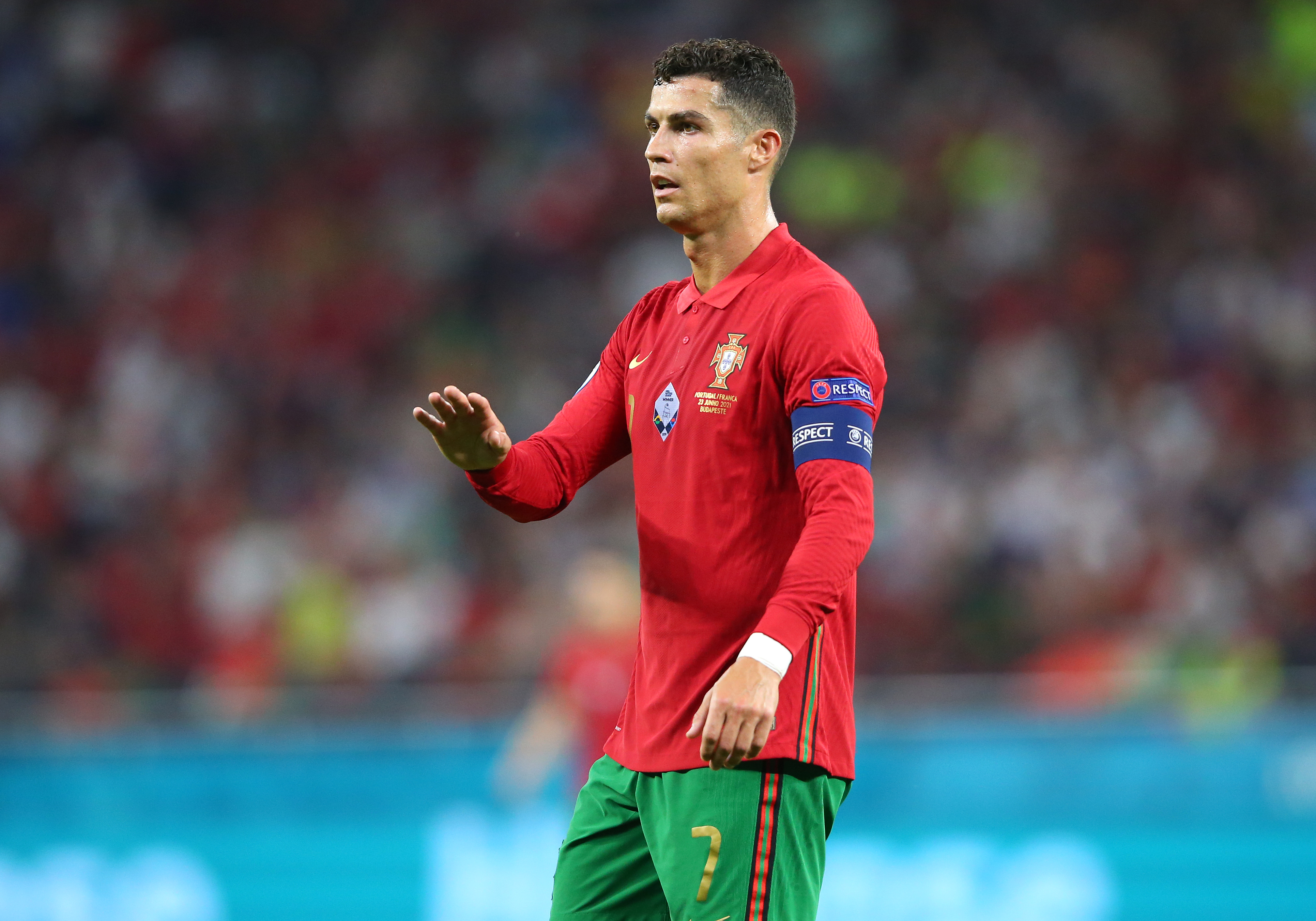 Just like Harry Kane in 2018, Ronaldo is reeling in the Golden Boot one penalty at a time.

The five-time Ballon d’Or winner has converted three spot-kicks on top of his two open-play goals, a tally that makes him Dream Team Euros’ MVP with a huge total of 46 points – that’s the same as Ciro Immobile and Memphis Depay combined!

What’s devastatingly cruel for Dream Team bosses is that either Ronaldo or Lukaku will be going home after Portugal and Belgium go to war on Sunday.

The hulking Belgian is the outright most-popular player with a massive ownership of 55.2% and his three goals account for the bulk of his 26 points.

Lewandowski is the only player in the XI who has been eliminated – which tells you everything you need to know about the rest of Poland’s squad.

The prolific No9’s three goals – and 30 points – didn’t stop his country finishing bottom of Group E with just one point to show for his efforts.

7.7% of Dream Team Euros managers need to find a replacement for the Pole before the knockouts are in full swing.

Depay and Patrik Schick both have 26 points but miss out to Lukaku through ownership – the former is a great option going forward.