In 2016, Saudi Arabia decided it was time to move on from almost 80 years of financial dependence on oil.

Crown Prince Mohammed bin Salman decided that tourism was a viable option, and that the industry should constitute 10% of GDP by 2030.

Winter at Tantora is at the forefront of that drive. It's a three-month luxury festival overseen by Crown Prince Mohammed spanning sport, music, food, heritage, and modern art. It is held in AlUla, an "open air museum."

It's a symbol of what the future Saudi Arabia could come to look like under the modernizing reforms of Mohammed bin Salman. But progress has been hampered by a string of damning events, including the murder of Jamal Khashoggi, the alleged hacking of Jeff Bezos's phone, and persistent human rights violations.

Nonetheless, the festival runs every weekend from December to March — the Arabian winter — and is set deep in the kingdom's northern deserts.

At AlUla's centre are 111 monolithic tombs of Hegra, Saudi Arabia's first UNESCO heritage site. They will be open to the public in October 2020.

Among the music acts playing a gig each weekend, are Lionel Richie, Enrique Iglesias, Kool and the Gang, Craig David, Sister Sledge, and Jamiroquai.

Saudi Arabia's great hope for a tourism renaissance is based around this, the largest tomb in a UNESCO heritage site known as Hegra. 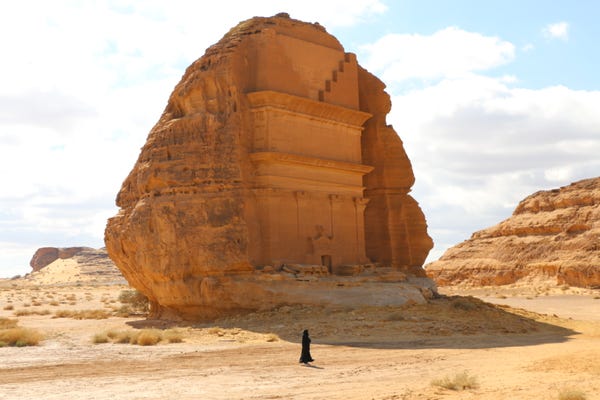 Hegra was the second settlement of the Nabateans, who roamed eastern Arabia around 2,400 years ago.

The other settlement is Petra, in Jordan, which is one of the world's most popular tourist attractions.

The tomb above was commissioned by a military general. It is incomplete, but staggering.

It's one of 111 tombs scattered over a desert the size of New Jersey. 20% of that desert will be opened to the public in October 2020. 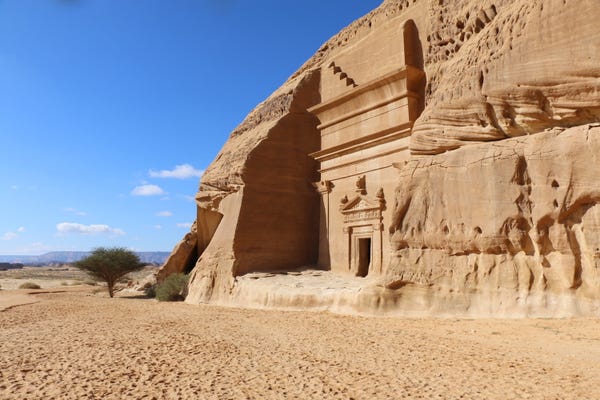 Ahead of its opening, Crown Prince Mohammed bin Salman gave the Winter at Tantora festival his approval in 2018. 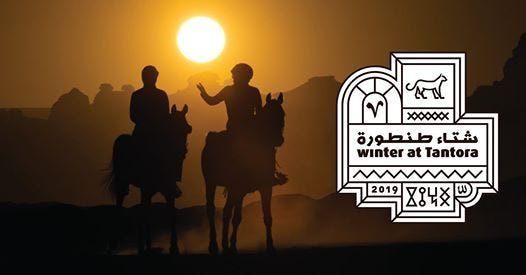 Winter at Tantora was one of a very small number of entertainment events which permitted to go ahead by Crown Prince Mohammed. Another was the Formula-E grand prix.

It's a luxury music and heritage festival. The music mostly happens here, at the Maraya, a 5,000-square-meter concert hall covered in mirrors. 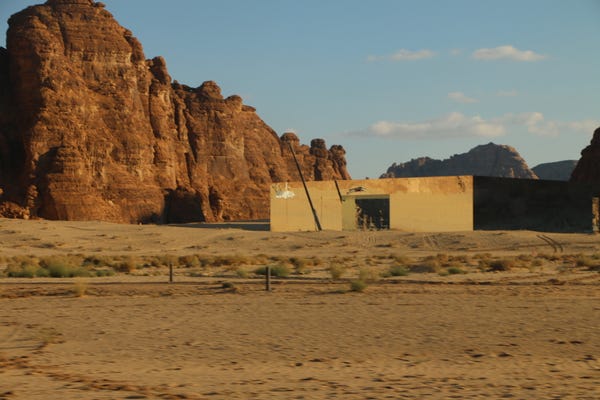 Inside is a 500-seat auditorium which has so far hosted Jamiroquai, Lionel Richie, Sister Sledge, and Enrique Iglesias before the festival's end. 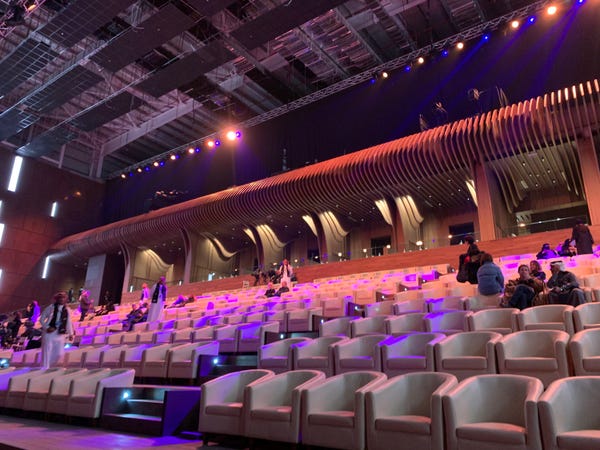 Festivals are a new phenomenon, with only a handful completed in the last two years. They're also mixed-sex events, a policy which does not apply in sports stadiums and at many religious events. 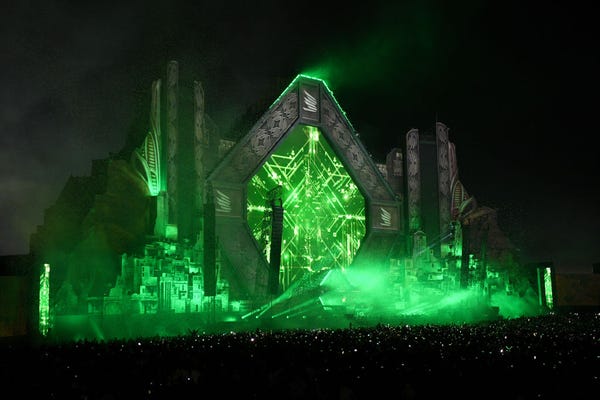 The country ended the requirement that restaurants have gender-segregated entrances in late 2019.

Some artists have been criticised for playing gigs in Saudi Arabia, but over the last 12 months more and more have come. 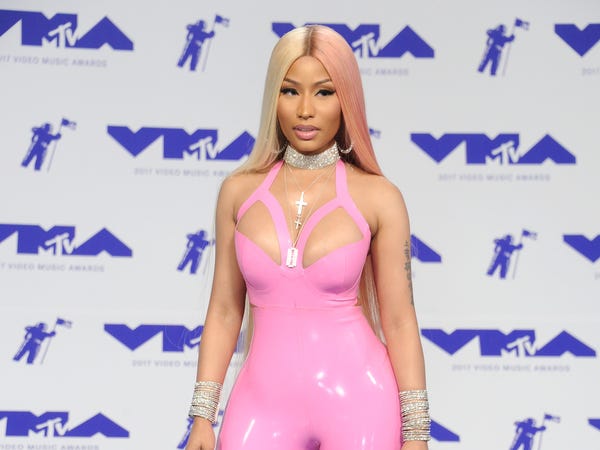 Nicki Minaj, pictured above, cancelled her planned trip to Saudi Arabia in 2019 after she was criticised.

Here is Jamiroquai on the stage. 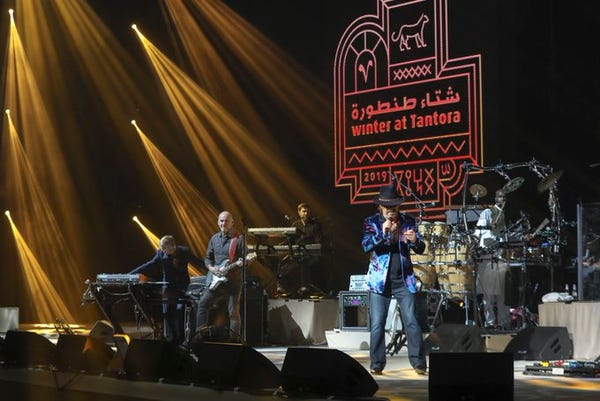 The surrounding scenery is mountainous wedges of sandstone and basalt. 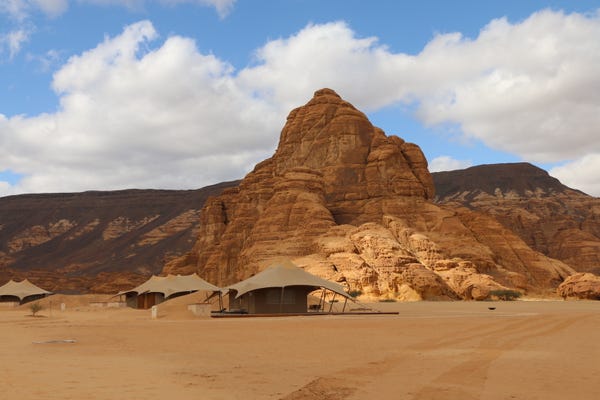 It's hot during the day, but desert temperature can drop to 28 degrees Farenheit (-2 Celsius) in winter.

Security guards on horseback roam the residential areas of the festival. 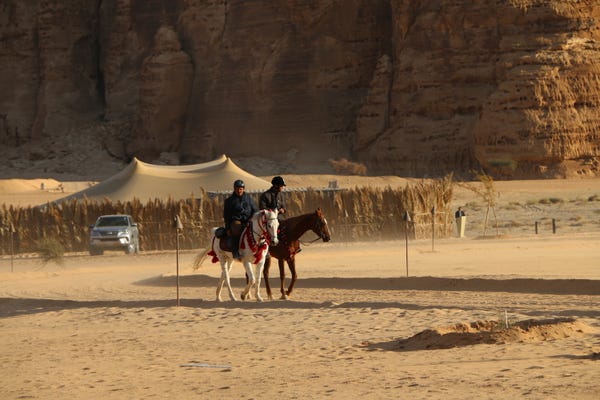 The festival works like this: Days are filled with tours to historic sights, evenings are filled by music, and nights with luxury dining. 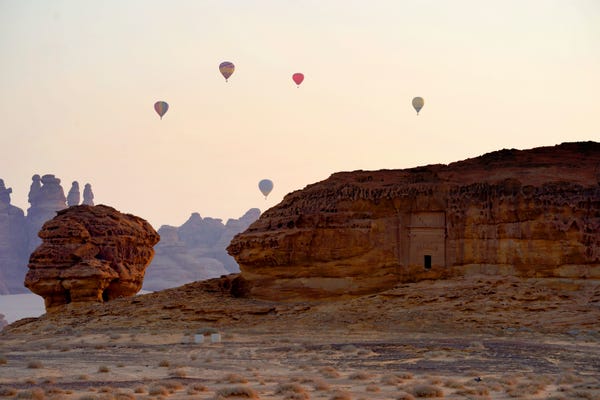 Visitors can get between activities with Uber, which has a fleet of vintage Land Rovers. 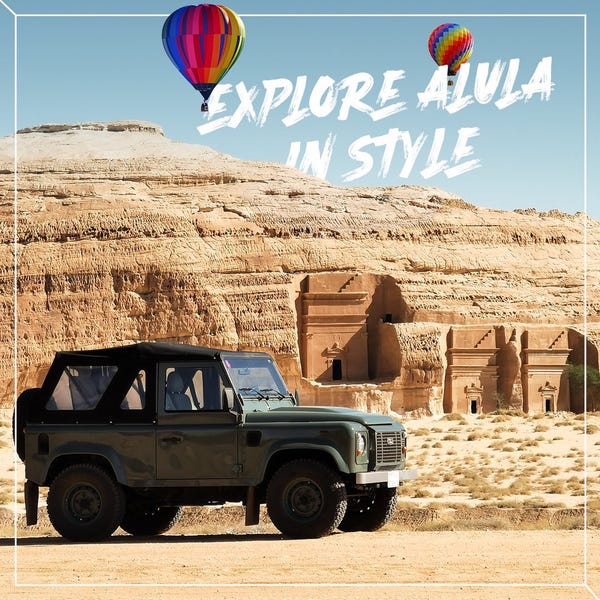 One of these trips is a the Rock Art Trail. Mohammed, a guide who has led Saudi royals and foreign diplomats, said the royal family "love it here." 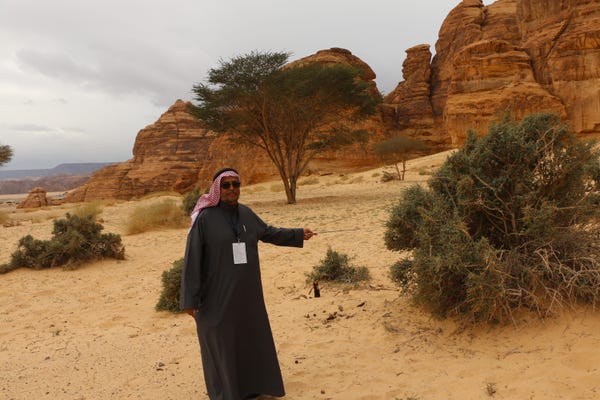 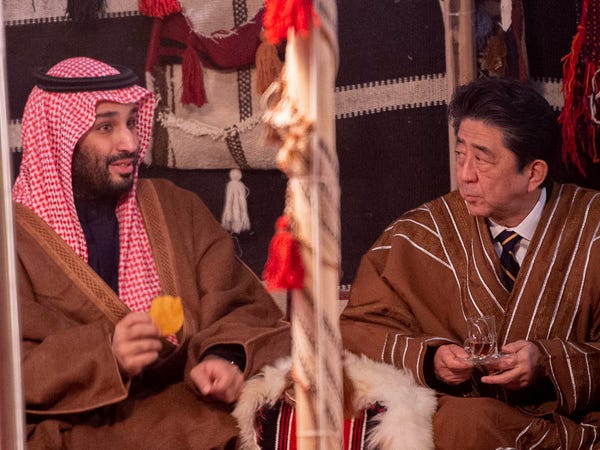 Crown Prince Mohammed formed a Royal Commission for AlUla in 2017, and gave them $19.5 billion in funding to transform the area into an open-air museum. 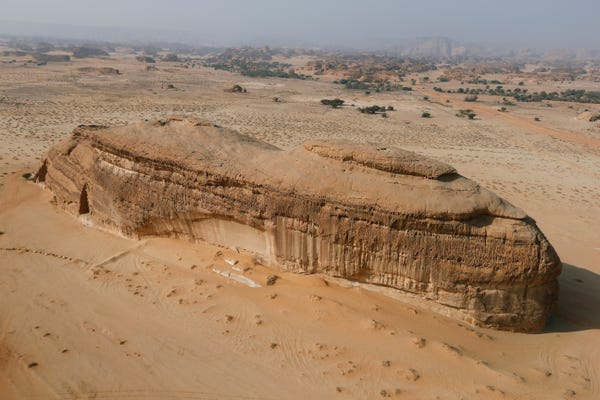 One of the Commission's tasks was to change the views of a huge number of Saudis that believed AlUla was haunted by jinn, supernatural spirits with bad intentions.

Each heritage trips is led by a guide known as a "Rawi," which means "storyteller" in Arabic. 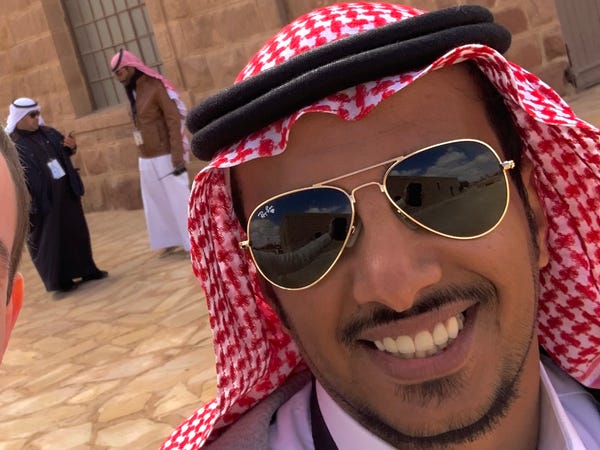 This is Marshail, the first-ever female Rawi in Saudi Arabia, who is from AlUla. 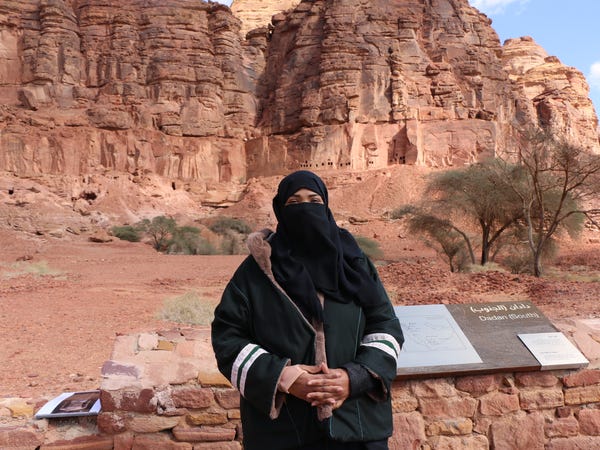 The guides mostly grew up locally.

The man in black is a heritage warden, AlUla's equivalent of a US Park Ranger. 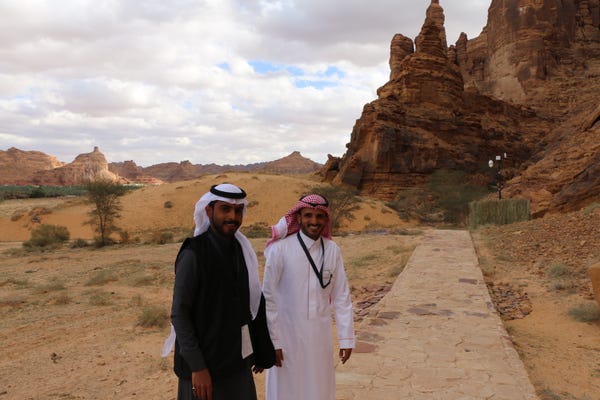 Ibrahim, another Rawi, says the mantra of the wardens is based on that of the US Park Rangers: "Safety, with a smile."

The Rawi were sent to train in the Sedona National Park, Arizona, and then to the UK to study guiding. 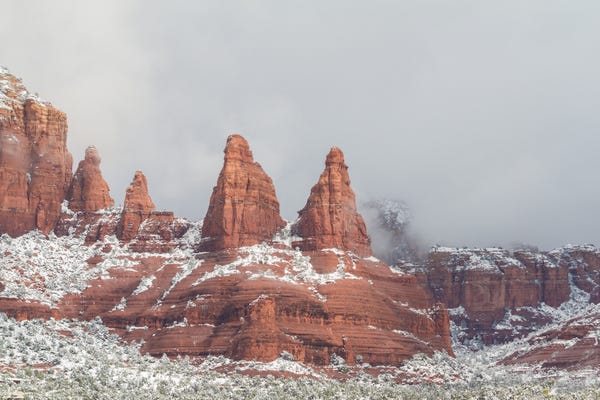 The government has launched an augmented reality app that only works at Hegra and will help tourists visualize how the Nabateans lived 2,300 years ago. 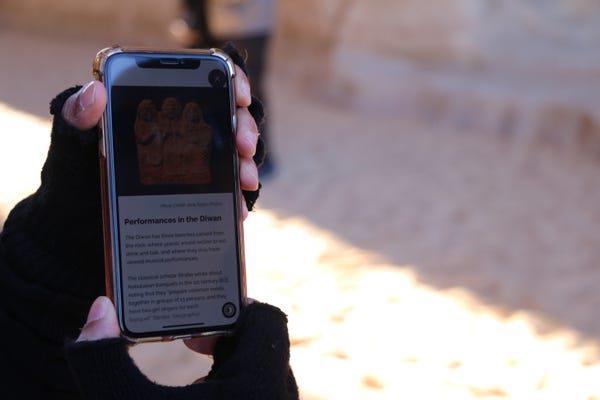 Winter at Tantora also caters to the wellness movement. Several micro-farms were opened. One for juices and one which is a petting farm. 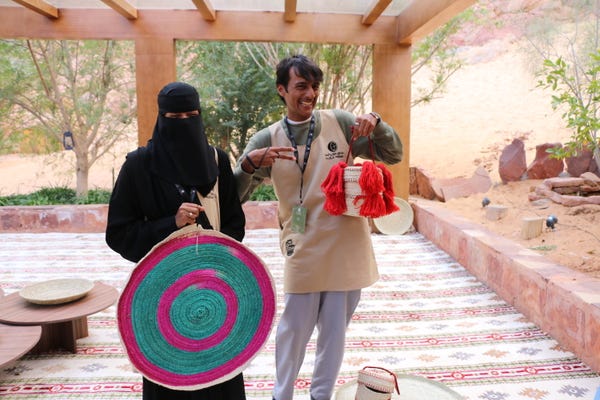 The festival is also being used as a way to court the future leaders of tomorrow: 100 students from Harvard Business School were invited to attend in January. 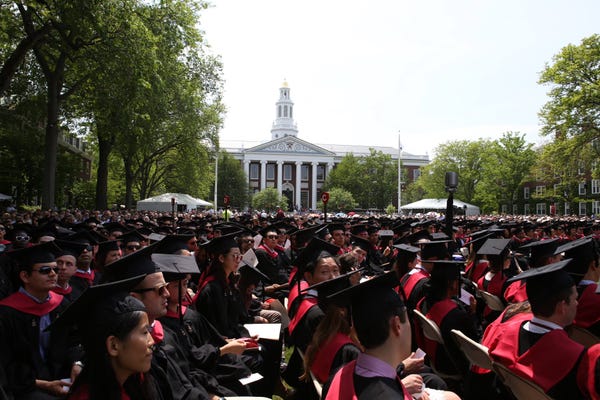 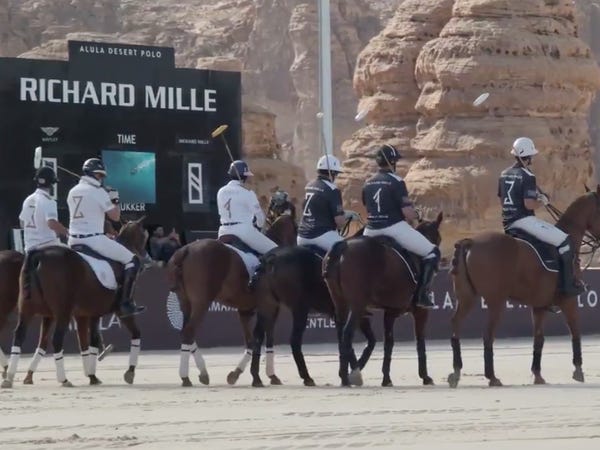 The list of activities is long. One option is to fly over the desert in a vintage WWII US aircraft.

Nearby is an original train from the Hejaz railway, an Ottoman route that ran from Damascus to Medina at the beginning of the 20th century. 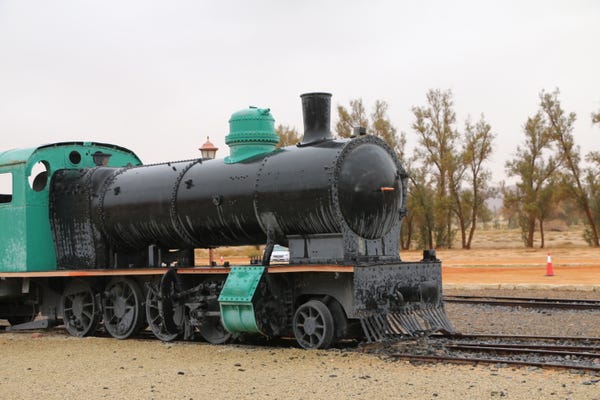 You can visit the ancient fort of AlUla, set atop a sandstone cliff. 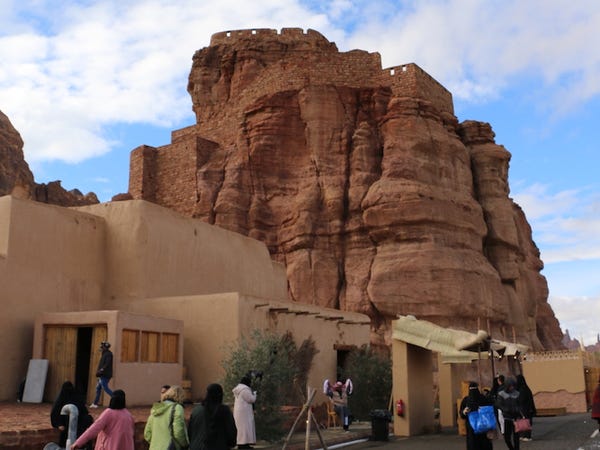 Telephone towers were erected on the desert floor every few miles to give visitors internet and cell service. 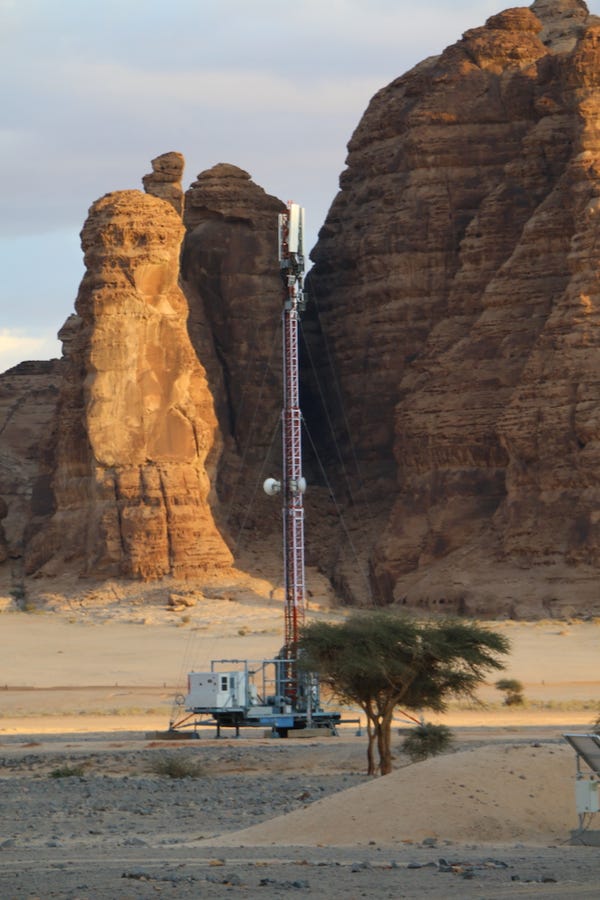 Another of AlUla's heritage sights is Dadan, a collection of hundreds of tombs carved high up on sandstone cliffs. 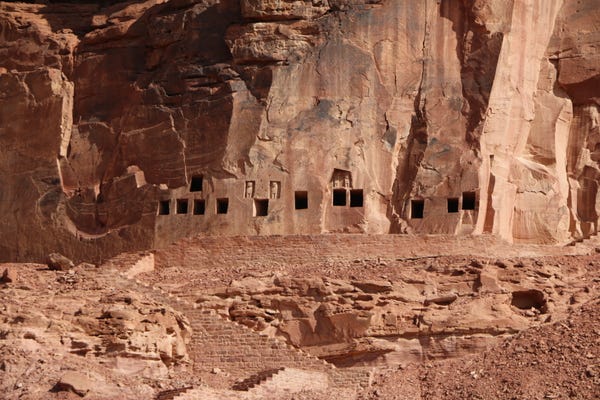 This vast chamber has been used by passing travelers for centuries, including the Romans. 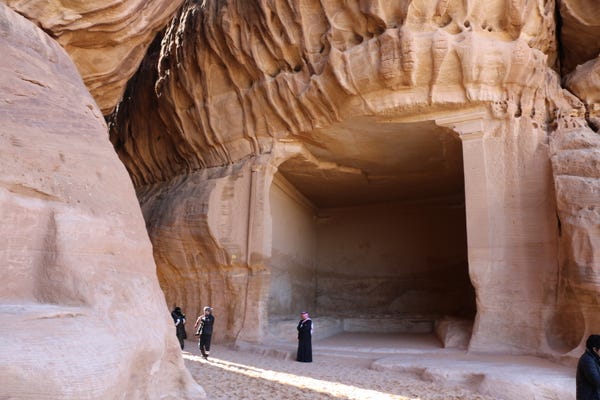 'The face in the rocks': Local staff predict this spot will be big on Instagram come October. 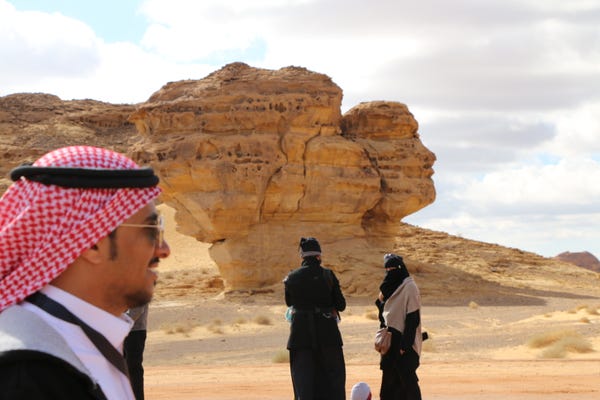 *Note: Insider attended the festival as guests of the Royal Commission for AlUla in order to report on the event, which is not allowed on an ordinary tourist visa. This arrangement meant the commission covered the cost of the festival itself and of getting there. Insider paid our own airfare for the return trip and some hotel costs.