Why Paul McCartney Took Over the 'Sgt. Pepper' Guitar Solo From George Harrison

Early on, George Harrison realized he wasn’t guaranteed the guitar solo on every song The Beatles recorded. In late 1964, while the band was laying down “I’ll Follow the Sun,” George had to campaign to get the lead part on the Paul McCartney track.

Geoff Emerick, the engineer on most of the Fab Four’s best recordings, recalled George walking into the control booth at Abbey Road studios to demand he get the solo on that song.

“I am supposed to be the lead guitarist in the band, after all,” Emerick quoted George saying in the book, Here, There and Everywhere. (George got his wish, but not without Emerick calling the solo “embarrassing.”)

As the ’60s wore on and George experimented with the sitar (at the expense of his guitar playing), the Beatles’ lead guitarist found himself ceding more solos to his bandmates (usually, Paul). On the title track of Sgt. Pepper’s Lonely Hearts Club Band, it happened again. 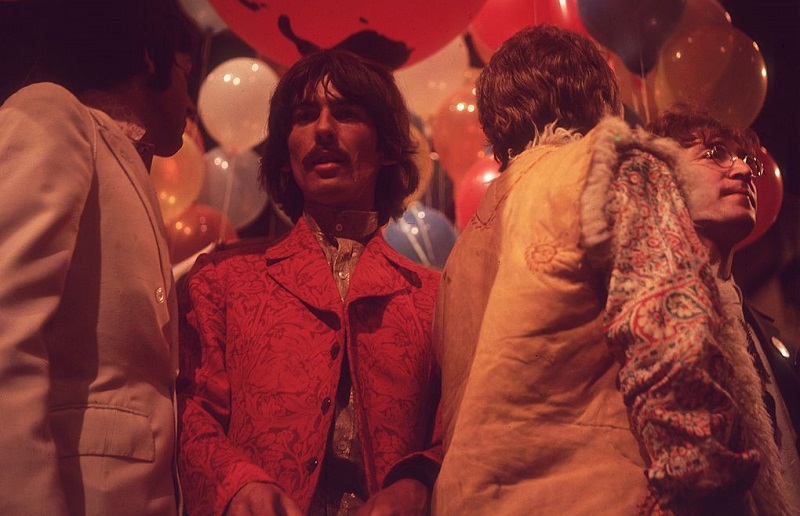 If you look at examples of Paul taking guitar solos from George in previous years, the recording sessions usually followed a pattern. At first, George would take a crack at the solo. After struggling to get a suitable part down, Paul would step in and knock one out quickly.

That’s what happened during the Revolver sessions of 1966 when George became frustrated trying to record a solo for “Taxman” (George’s own song). After producer George Martin suggested Paul take a whack at it, that was the end of the story.

History repeated itself when the band worked on the title track of Sgt. Pepper’s. Once again, Emerick offered the view from inside the studio. “Harrison spent hours trying to nail down the guitar solo,” Emerick wrote in Here, There and Everywhere.

But George spent those hours in vain. When he couldn’t come up with something that worked, Paul didn’t take long to step into the void. “In the end, Paul peremptorily replaced George’s work with a stunning solo of his own, which Harrison was clearly not very happy about,” Emerick recalled. 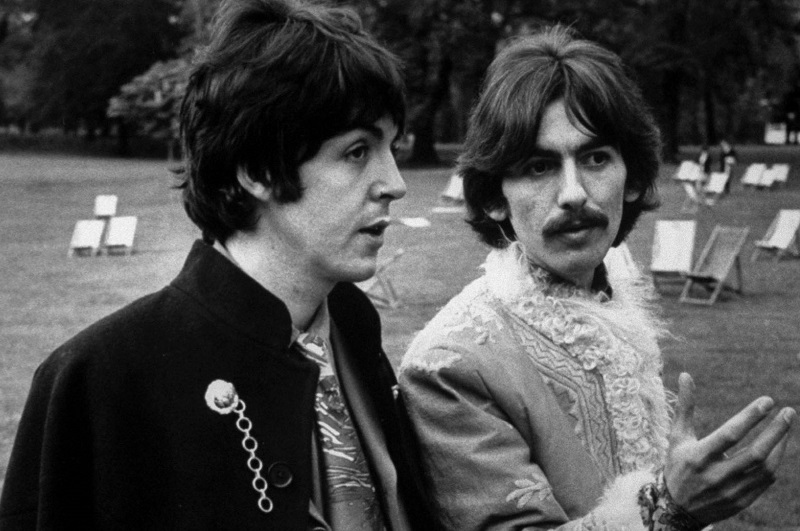 When George looked back at the Sgt. Pepper sessions, he didn’t have fond memories of the dates. “Sgt. Pepper was the one album where things were done slightly differently,” he said in Anthology. “It became an assembly process – just little parts and then overdubbing.”

Overall, George described the sessions as “a bit tiring and a bit boring.” Paul, who once said he “directed” the Sgt. Pepper sessions, knew exactly what he wanted on the title track. That included taking over rhythm guitar duties from John Lennon.

“Paul wanted to play rhythm guitar on the backing track instead of bass – the first time I’d known him to do that,” Emerick wrote in Here, There and Everywhere. “He simply told John, ‘Let me do the rhythm on this; I know exactly what I want.’”

John was fine with that — he picked up a bass and did his best to participate on the recording. But that bass part didn’t stick: Paul recorded over it with his own bass line. So when Paul said he directed Pepper no one has any reason to doubt him.

Also see: Why Pink Floyd Didn’t Use Paul McCartney’s Contribution to ‘Dark Side of the Moon’