Why Screaming Could Actually Be Good For Your Brain Health 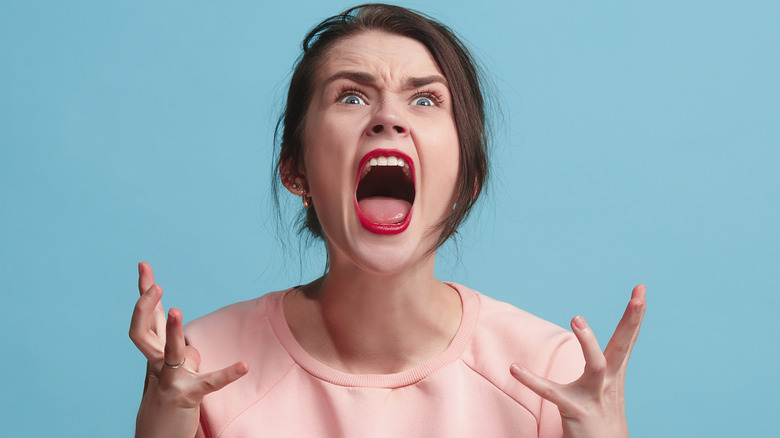 Stress is an emotion everyone experiences, but sometimes it can evolve into sleeplessness, a feeling of low self worth, poor concentration, clinical depression, and extreme fear or worry. The Anxiety and Depression Association of America (ADAA) reports that more than 322 million people have experienced some form of depression while 40 million live with an anxiety disorder. Effective treatments exist, and there’s a simple one that might help those looking for a cathartic way to alleviate everyday tension. Scream therapy is exactly what it sounds like — practitioners scream to vent their grief, frustration, and anger instead of holding those feelings inside.

Psychotherapist Zoë Aston told Well+Good it’s common for people to develop anxiety and depression because they allow their feelings to build up without coping with or processing all of their emotions. Scream therapy gives those negative feelings an escape route.

“[Screaming] creates a chemical reaction that is similar to the one you get when you exercise — you get a dopamine hit and some endorphins going,” Aston said.

It works best when partnered with traditional therapy 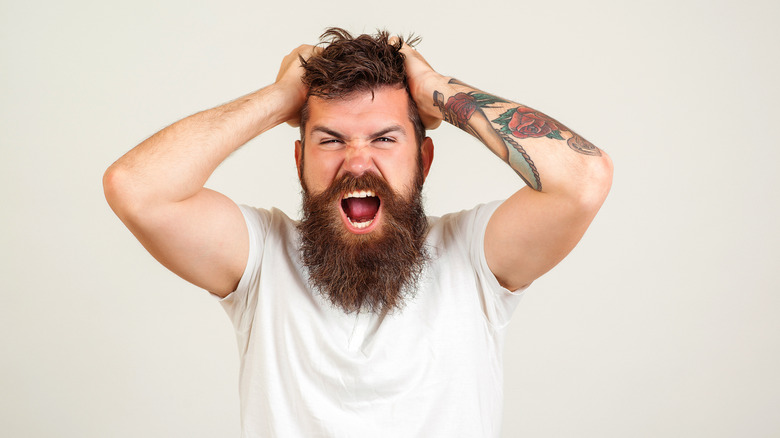 Critics of scream therapy have argued that screaming to relieve pent-up frustration only provides a short-term benefit and does nothing to address underlying mental health issues. That’s why many psychotherapists and self-help gurus recommend pairing the practice with traditional forms of therapy, such as talk therapy. Gin Love Thompson, a psychotherapist, told Shape that scream therapy can actually have negative consequences if not practiced correctly. For example, screaming at or with another person present can make the other party feel abused. A trained therapist can teach a person how to effectively vocalize to deal with their negative emotions.

“The client must be taught coping tools before such a therapy is implemented in order to manage what it may very likely stir up,” Thompson said. “If attempted before the client is ready, or in a poorly managed situation, it could potentially be psychologically damaging.” In other words, a trained doctor should supervise you when using scream therapy to release your anger or fears.