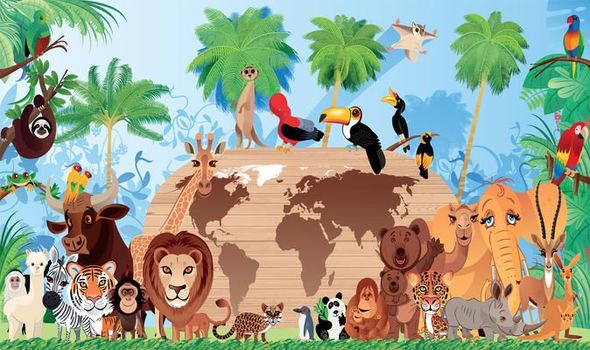 “A sperm whale was surrounded by her family, three perfect stepped-down miniatures of herself like a series of Russian dolls, all of them rolling and frolicking at the water’s surface.

More remarkable still was the presence of a bottlenose dolphin.

The dolphin had a spinal deformity and perhaps couldn’t keep pace with the fast-swimming exploits of its own kind.Nevertheless, the whales seemed to have accepted it into their circle.

As I watched, they began a game in which the youngsters – and the dolphin – lined up to take turns swimming into the mouth of their giant matriarch.

As each swam in, it received a gentle nibble, a kind of toothy caress, then swam free to join the queue for another turn.

Being among this group of marine mammals was one of the highlights of my life’s work of research into social animals.

I’ve seen the incredible value of the support gained by the multitude of species that have adopted a social way of life.

By living together, these animals have discovered perhaps the most important behavioural solution to the challenges of life, achieving far more by working in unison than any individual could alone. 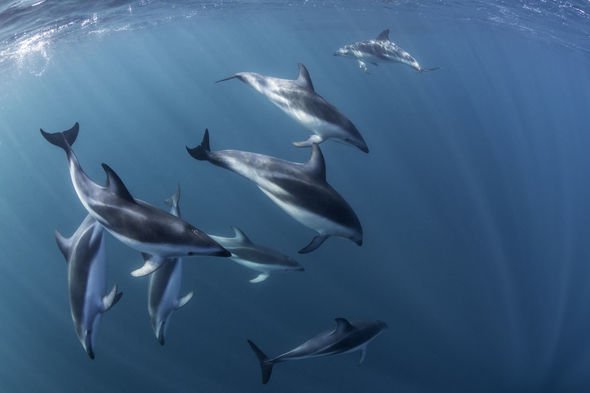 The roots of our own social tendencies can be seen in these societies, sharing as we do so much of our genetic heritage with them.

Not only that, there are close parallels of our lives within the social worlds of animals.

The strength that comes with social living isn’t solely about numbers, but about relationships.

Even cockroaches can recognise their kin, while dolphins develop relationships as youngsters that can endure for a lifetime, mirroring each other as they swim side by side and touching flippers in the dolphin equivalent of holding hands.

Few, if any, social animals are as steadfast as elephants.

They can be playful, too. There are stories of huge bull elephants kneeling down to play fight with younger males.

But it’s in times of need that their loyalty is most compelling.

They are unwavering in their support of sick and injured members of their groups, even physically propping them up at times.

Few things in nature provide such a persuasive argument for animal empathy than the behaviour of elephants following a death in the herd.

A ranger in the Serengeti described the solemn vigil of elephants at the side of their former matriarch.

They remained alongside her prone figure for a day, covering her with branches and dust, before hunger drove them to move on. 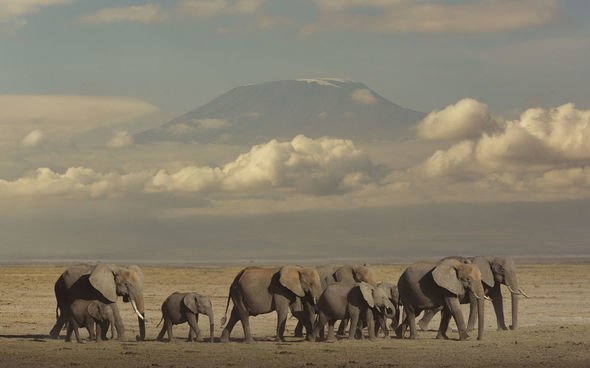 If it seems that cooperation is the preserve of what were once called “higher animals”, think again.

When floods arrive on the plains that fire ants call home, the ingenious insects make rafts with their own bodies.

Clamping together, they improvise a floating platform that keeps vulnerable young safe from the encroaching waters.

While these fire ants are re-enacting the Kon-Tiki expedition, other species of ants are engaged in a war that’s been going on for aeons with another type of social insect.

Termites face frequent incursions to their mounds from hunting parties of ants looking for an easy meal.

No one who’s ever ventured too close to a wasp nest would ever doubt the determination of social insects to repel trespassers, but termites have a variety of tricks to defy raiding ants.

Some simply use their outsized heads to jam the mound’s thoroughfares, others fling poo at the invaders – quite why they do this is unsure, but you have to admire their chutzpah.

Even so, the prize must go to a species of termite that explodes when an ant bites it.

The bite ruptures a sac of crystals on the termite’s back, setting in train a chemical reaction that ends with a bang. 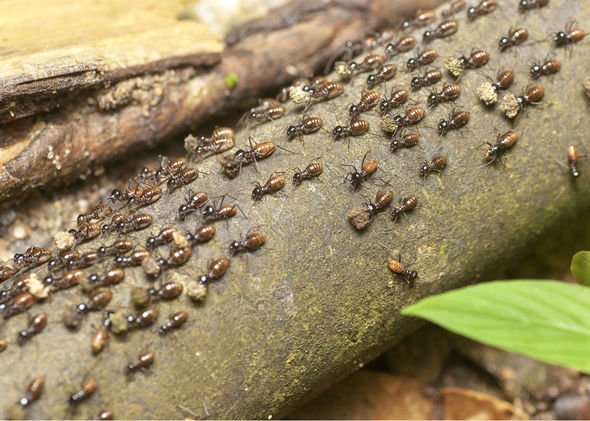 Coordination is a key facet of group living.

If you’ve ever paused in admiration to watch the behaviour of flocks of birds or shoals of fish that seem to move in concert as though guided by some invisible conductor, then you aren’t the only one.

These incredible displays serve to confuse and stymie predators and, far from being orchestrated by any single entity, the animals use simple rules in their interactions with one another that serve to prevent collisions and maintain cohesion.

Simple though the rules are, they’re incredibly efficient, a fact not lost on the car manufacturer, Nissan, which used these animal rules when programming its first generation of driverless cars.

There are those who reject the notion of animal emotions. Yet what are we to make of a study that apparently shows empathy among rats?

These animals may not seem the obvious example of an empathetic animal, but time and again they show their kinder side.

Picture, if you will, a dismal rainy day. You’re warm and dry inside and doing whatever passes for wet-weather entertainment in your home.

You see a bedraggled stranger standing outside. What do you do? Do you let them in or return guiltily to your newspaper or box set?

Rats let them in. In a test on rats in adjoining cages, those in comfortable, dry conditions trot over to open the door to a wet friend.

Interestingly, they only do it when the stranger is wet and most often when they themselves have experienced the misery of being the damp rat.

Living socially demands communication and although complex language is a human speciality, many other social animals have a lexicon of sorts.

Honeybees conduct a dance to guide other foragers toward particularly tasty flowers or a new nest site.

But if another bee starts to advocate a different option, the original dancer becomes feisty and head-butts it into quiescence. 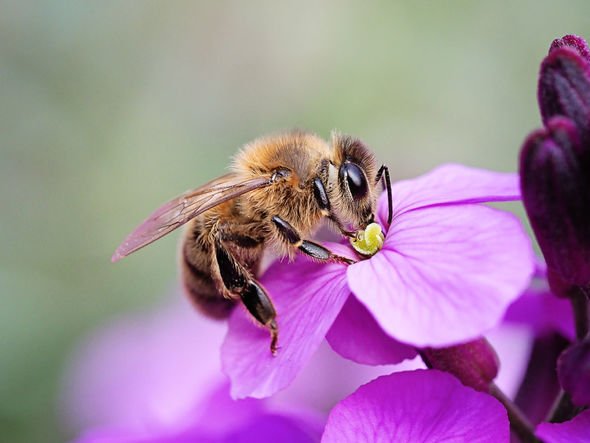 Some social animals have the basic equivalents of words.

Most famously, vervet monkeys have a dozen distinct “words”, each representing a different predator.

They’re not infallible, though. My former supervisor, a tall, slender man, fooled a troop into shouting their word for leopard by sashaying up to them in a rather fetching leopard-print dress.

Being part of a society allows animals to imitate and learn from one another.

This can have its downside, as anyone who’s seen toilet paper disappearing off the shelves will be well aware.

Often, however, it’s the wellspring of success.

One of the most fascinating examples of this comes from great tits in the UK almost a century ago.

In the harshness of winter, the birds learnt that food was to be had by raiding milk bottles on doorsteps.

Once one bird cracked the problem, the news spread throughout the country as great tits imitated and took to a life of dairy crime.

Societies aren’t always fair. Capuchins trained to exchange a token for a food reward were fine with receiving cucumber in return for their payment.

But if they saw their next door neighbour get a grape for the same price, they had a tantrum and threw the paid-for cucumber in a fit of pique.

And sometimes unfairness manifests as manipulation.

In some species of birds, youngsters stay at home after they fledge to help their parents raise the next generation.

They’re so useful that if they threaten to leave and set up home on their own, their fathers sometimes act like characters in a Victorian melodrama, sabotaging their sons’ courtship displays and forcing them to remain loveless and stuck at home. 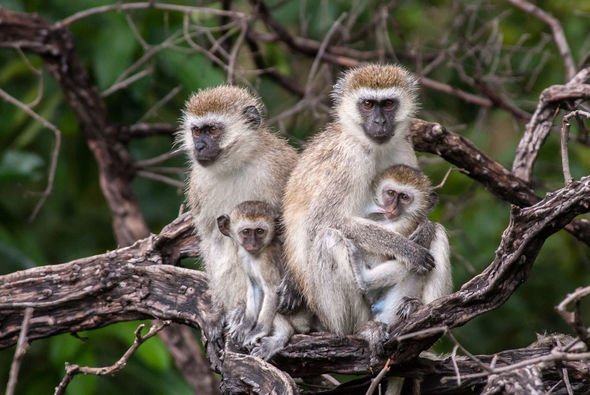 Sociality is good for us in much the same way that it’s good for animals.

Engagement with a wide circle of friends is a better predictor of longevity in humans than regular gym visits.

Something similar can be seen in baboons, rats and crows.

On the flipside, solitary confinement is one of the most feared punishments – officially, it’s torture.

Again, we’re not exceptional in this regard. Herring essentially die of loneliness if isolated.

The heartbeats of krill increase when alone, even cockroaches become moribund loners if raised without company.

Just now, during one of the darkest times in recent history, society and the ability to maintain contact with others, even at a distance, is one crucial thing that will see us through. We are, like so many other species, social animals.”

Ashley Ward’s Animal Societies audiobook is available for one credit to Audible members or £18.99 for non-members. For details, see audible.co.uk.