Wimbledon 2021: Frances Tiafoe shows off biceps after stunning No3 seed Stefanos Tsitsipas in first round

FRANCES TIAFOE produced some high-steaks tennis to gobble up No3 seed Stefanos Tsisipas with the match of his life.

The unseeded American celebrated his tasty victory by flexing his biceps and with a gesture that resembled eating from a bowl after winning 6-4 6-4 6-3. 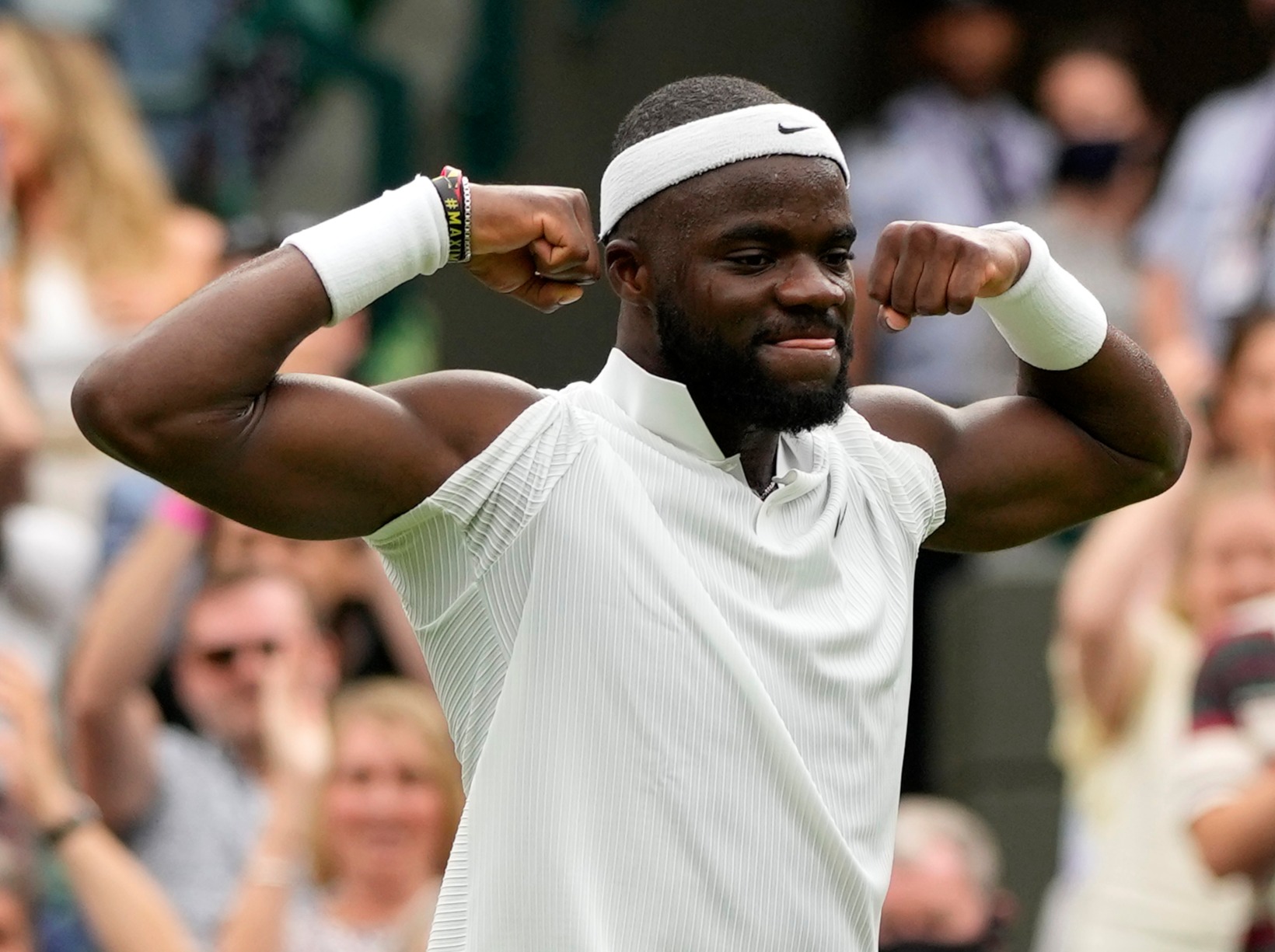 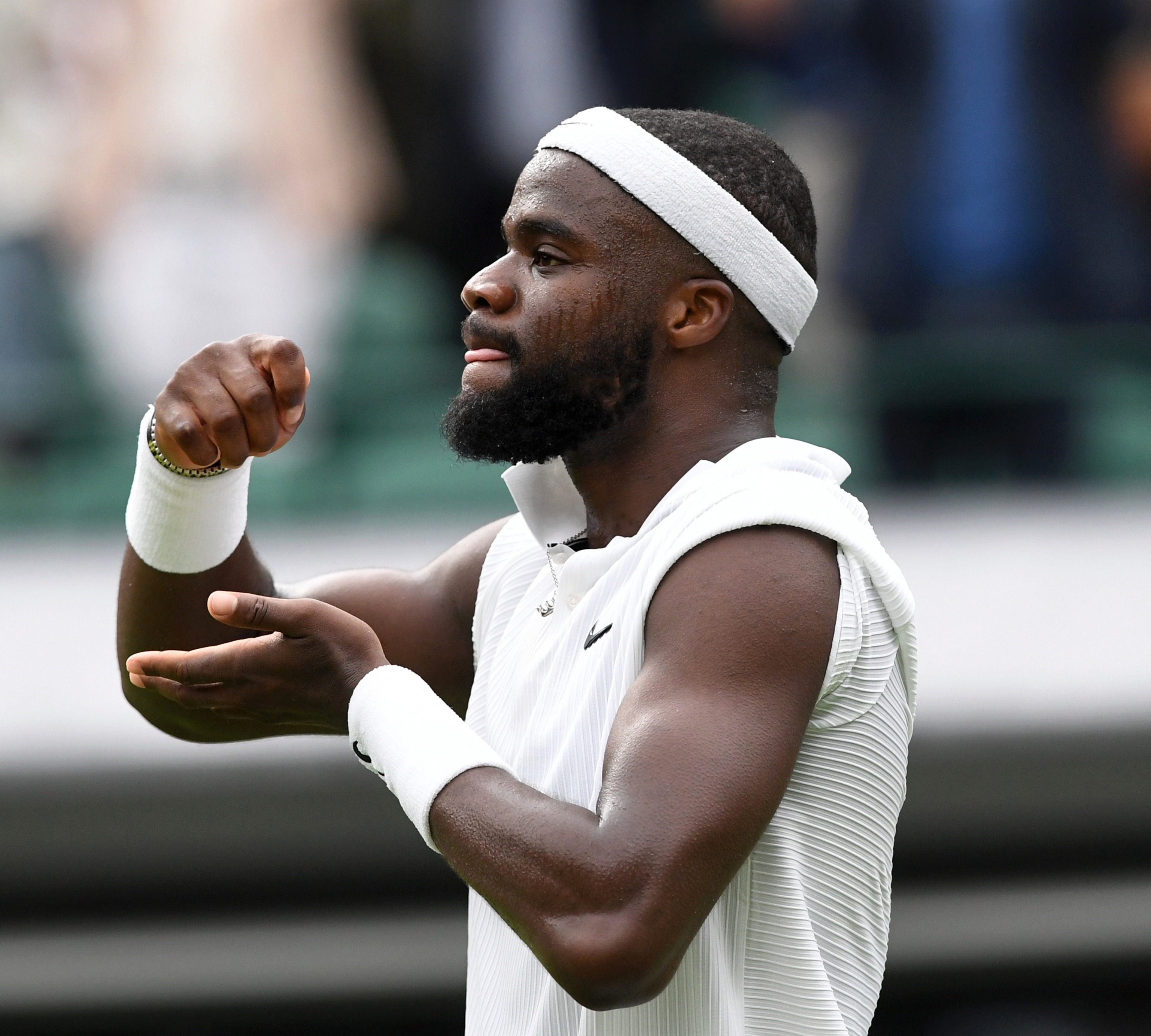 It was French Open finalist Tsitsipas who was left with food for thought after going out in the first round at Wimbledon for the third time in four attempts.

Tiafoe has been around tennis excellence his whole life – and that is exactly what he produced to stun his heavily-fancied opponent.

As a child, the son of Sierra Leone immigrants lived at a junior tennis centre in Maryland where his father worked and would play regularly there from the age of four.

He produced an extremely mature performance here, beating a player ranked in the top five for the first time ever.

The world No57 added: “I've had a very interesting path. I overcame a lot of things. I was a kid that obviously didn't come from much.

“I set out a goal from a super young age using the game of tennis to be able to put myself and my family in positions to live the way I personally think we deserve, with all the hard work they put in, and so did I.”

Tsitsipas, 22, had been tipped as a potential SW19 champion after his exploits at Roland Garros, where he threw away a two-set lead in the final to lose to Novak Djokovic.

But the good-looking Greek, dubbed by many as the future of the men’s game, had not played since.

Tiafoe, meanwhile, had been racking up the game time on the grass.

He made the final at Nottingham and the quarters at Queen’s before losing to Britain’s Liam Broady in the first round at Eastbourne.

That extra practice on the turf seemed to make the difference as Tiafoe looked confident from the beginning, breaking serve in the opening game of the match. 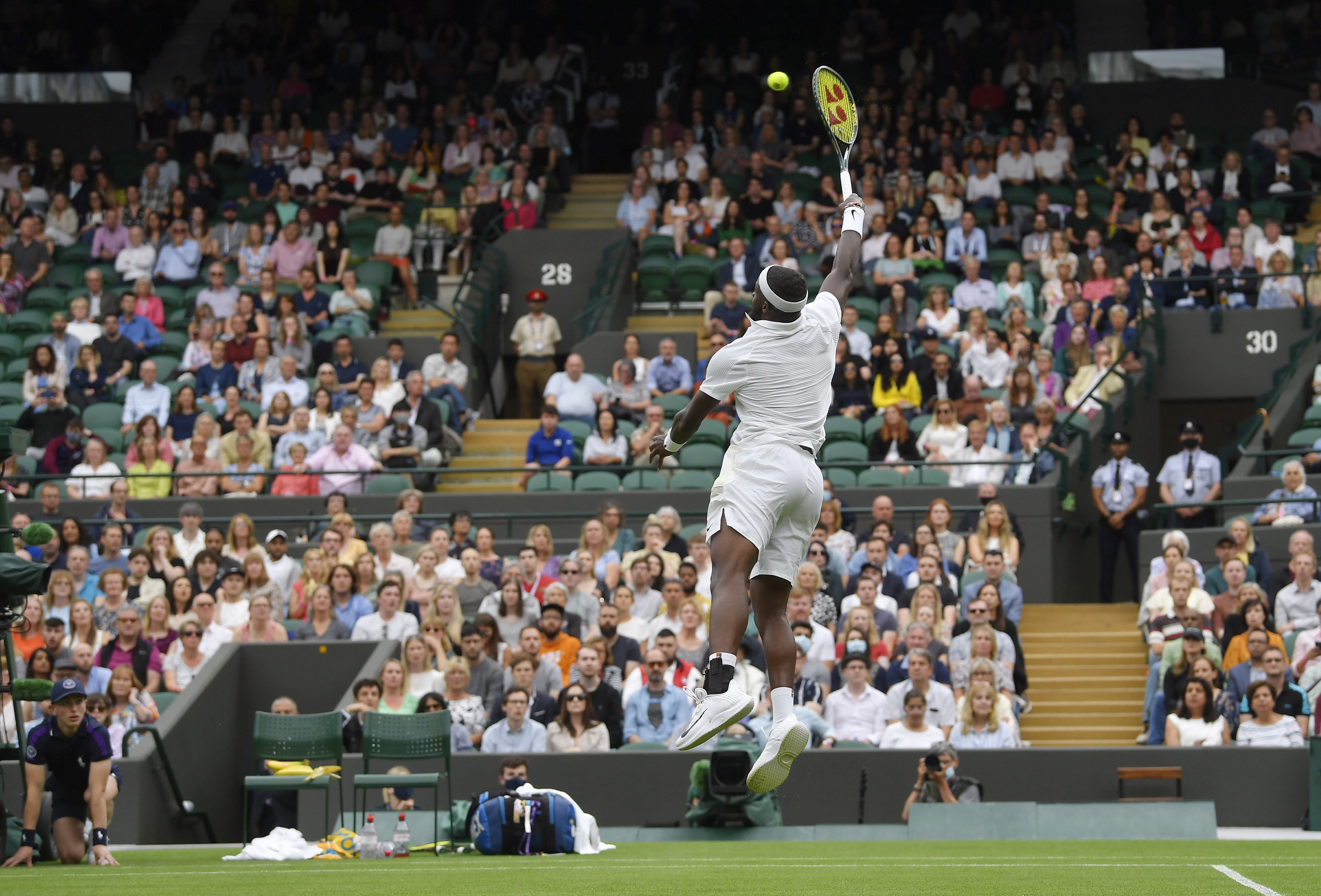 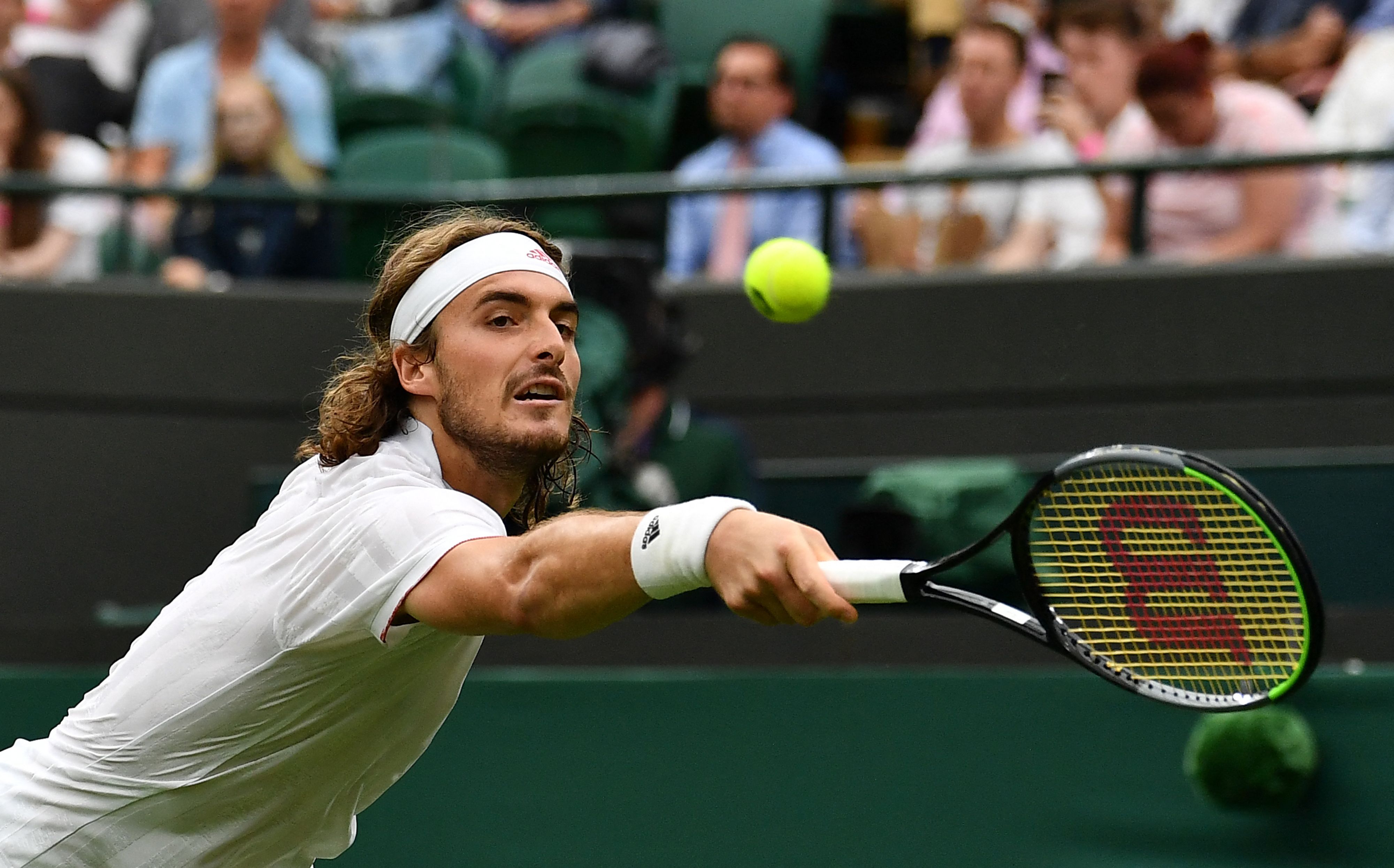 He produced an early contender for shot of the tournament midway through the first set as he raced back to recover a lob and then fired a winner past his impressed opponent.

After winning the first, Tiafoe never looked back as he rattled through in two hours and two minutes to set up a second-round clash with Canada’s Vasek Pospisil or Spain’s Roberto Carballes Baena.

Fan-favourite Tiafoe celebrated by rolling up his sleeves and flexing his biceps, before roaring with delight and making his eating gesture.

Tsitsipas said: “The transition from clay to grass, in my opinion, is probably the most difficult one, if not the biggest challenge in our sport. I just wasn't able to adapt.

“I obviously didn't want it to be like this, to get to the point where I'm completely out of control. But fair to say he played really well.” 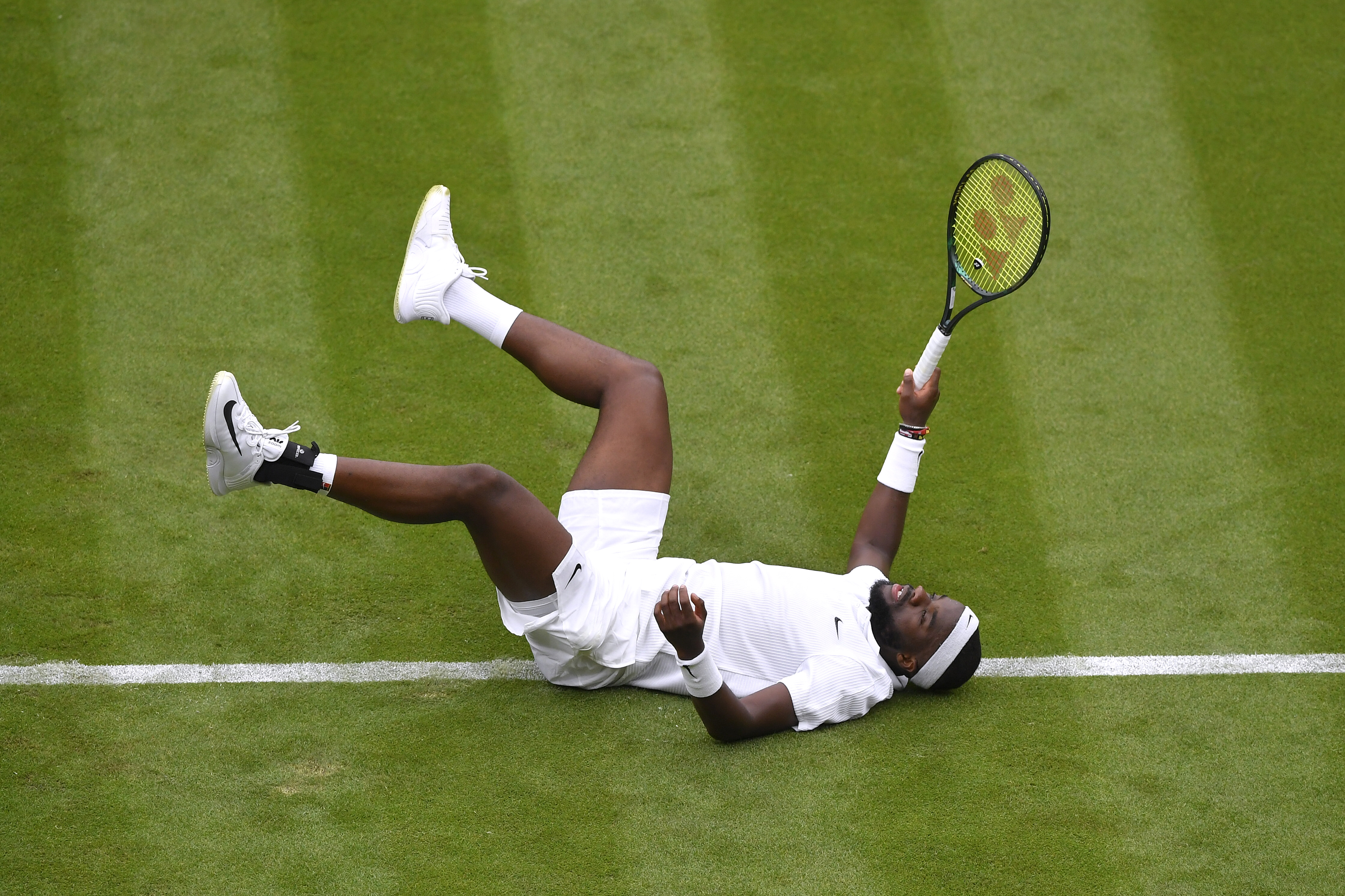 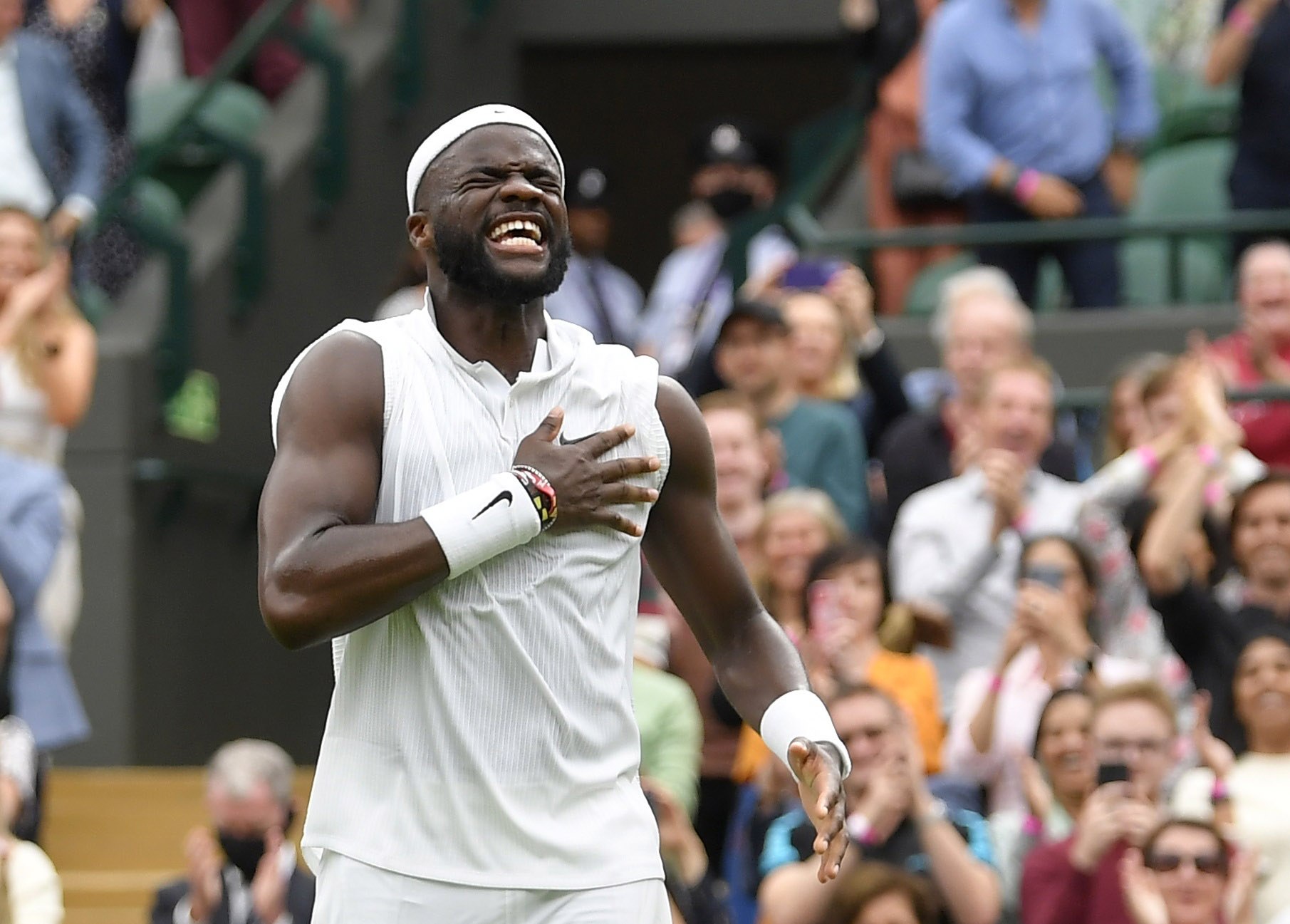 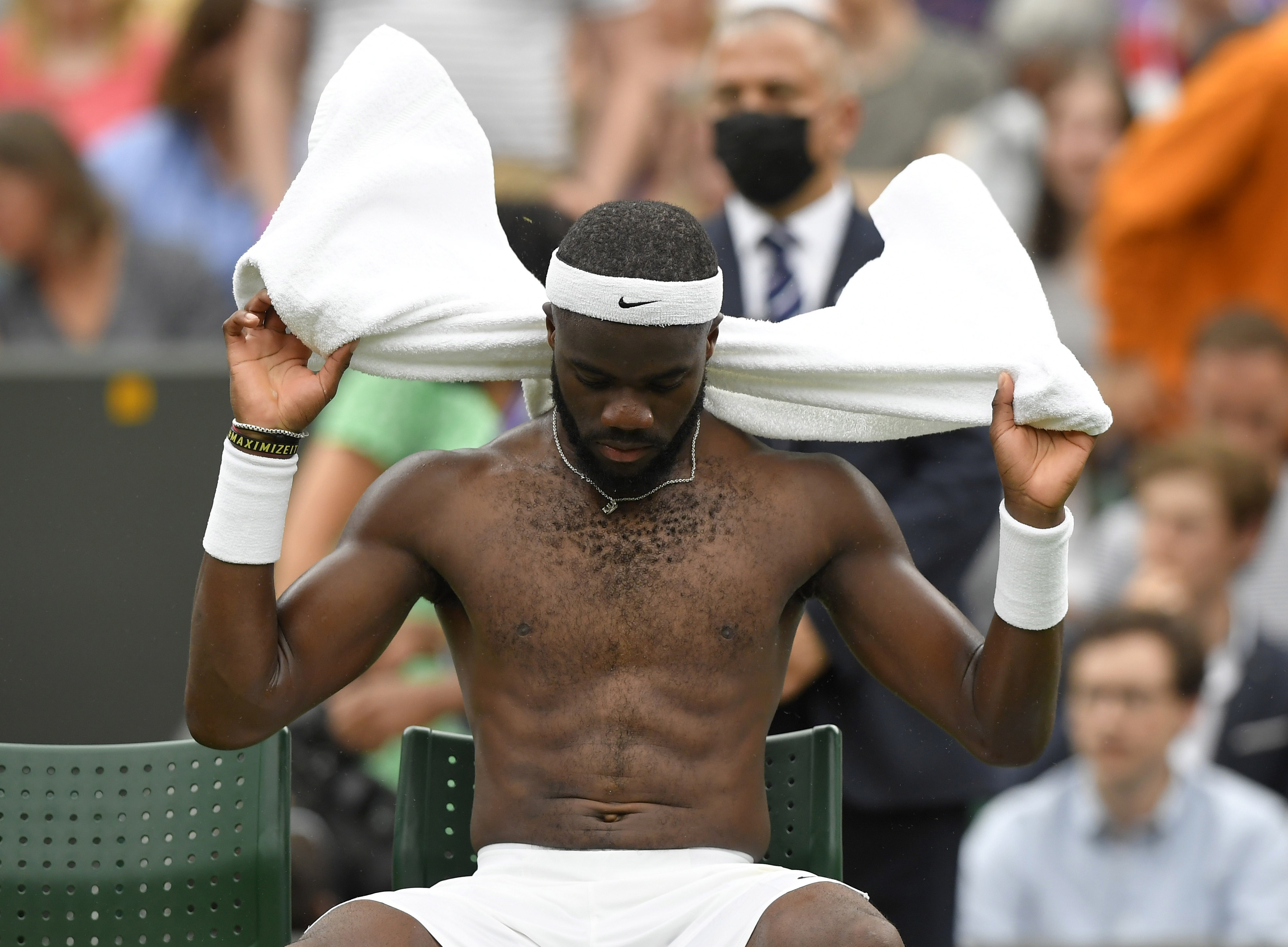 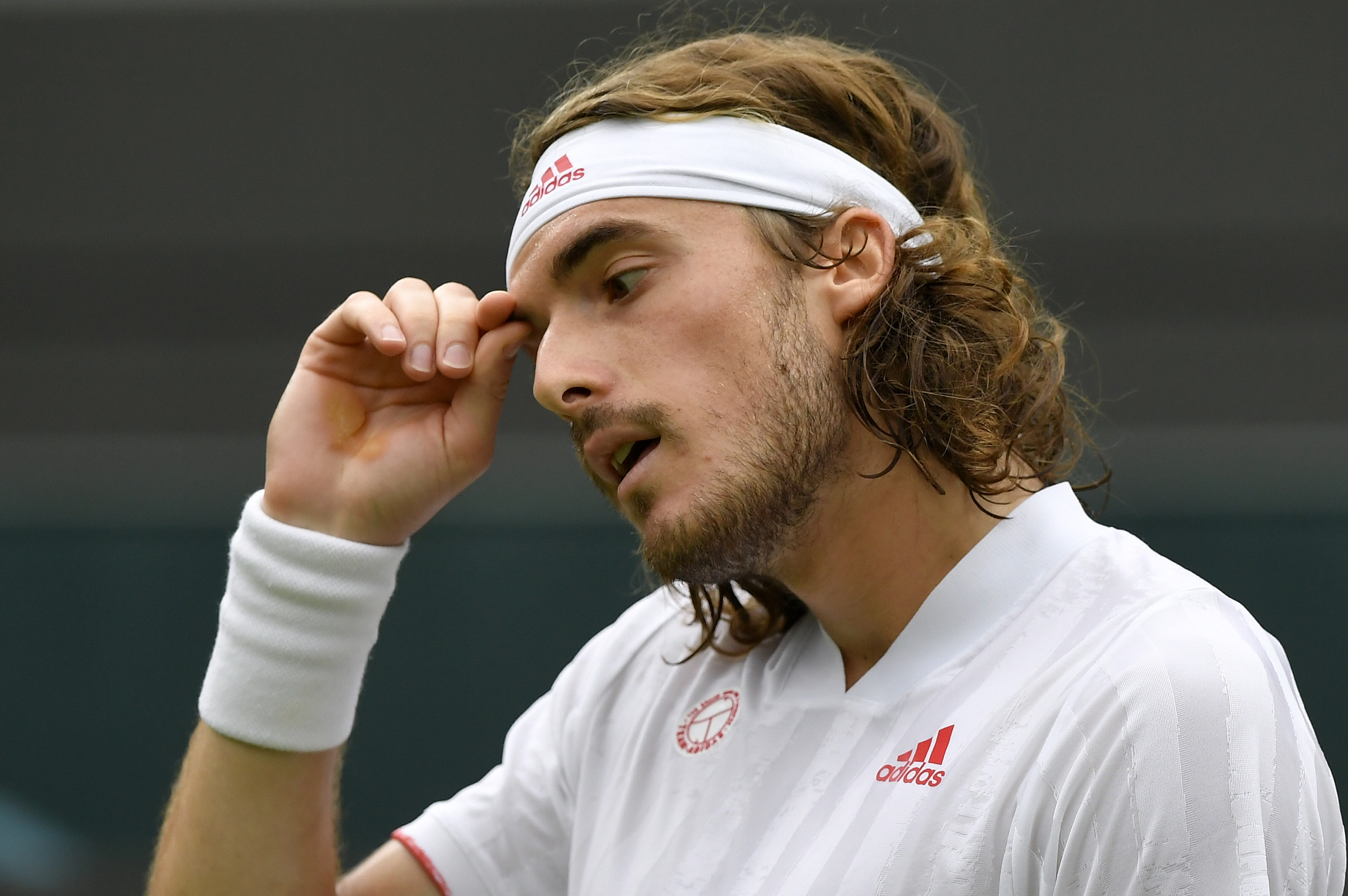