When you subscribe we will use the information you provide to send you these newsletters.Sometimes they’ll include recommendations for other related newsletters or services we offer.Our Privacy Notice explains more about how we use your data, and your rights.You can unsubscribe at any time.

The commemorative Mr Men coin, which features Mr Strong and Little Miss Giggles, is the second to be launched for the anniversary of the world-famous children’s books that were released in 1971. The coin was designed by Adam Hargreaves, son of Mr Men’s author Roger Hargreaves, and released today – and a 48-year-old British woman has just become the first person to own the 50th-anniversary coin.

Michelle Martinez, 48, is a Mr Men superfan who owns more than 2,000 pieces of Mr Men merchandise and memorabilia.

Mrs Martinez has said she “instantly fell in love” with the 50th-anniversary coins.

The 48-year-old who lives in Hampshire with her husband Stephen has been collecting Mr Men memorabilia for her whole life. 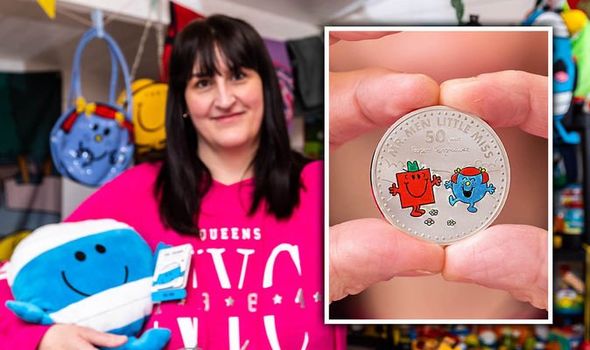 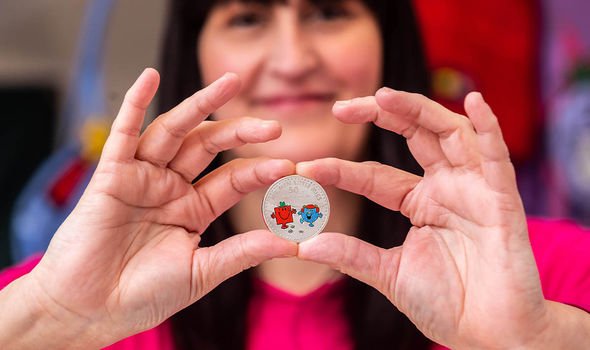 The Mr Men fan bought books from the franchise by her family before she was born, and now has 45 crates of Mr Men products.

The coin is Mrs Martinez’ latest piece and the first Mr Men coins she has owned.

She explained: “Although I’ve been a collector of Mr Men for many years, these are my very first coins.

“I’m so excited to be adding them to my collection, and already can’t wait to get my hands on the next one.” 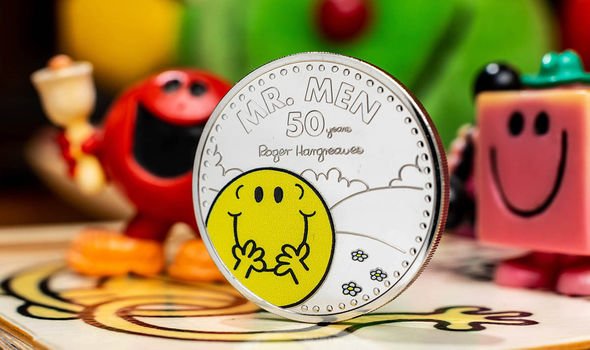 The Royal Mint, the government-owned mint which produces coins for the UK, is responsible for releasing the three coins.

The four characters to be featured on these coins are Mr Happy, Little Miss Giggles and Mr Strong, and Little Miss Sunshine.

The Mr Happy Coins were released on February 16, 2021, and today the new coin has been released.

The Little Miss Sunshine coins are yet to be released and no release date has been revealed yet.

How to get Mr Men Little Miss coin

The Mr Strong and Little Miss Giggles coin is available to buy now from Royal Mint.

You can purchase the coin online for £64, but there aren’t any in stock at the moment.

You’ll need to wait for the coins to come in stock and then shipping can take up to 10 working days.

The Mr Happy coin is available for £22.50 and in stock to be delivered within five to three working days. 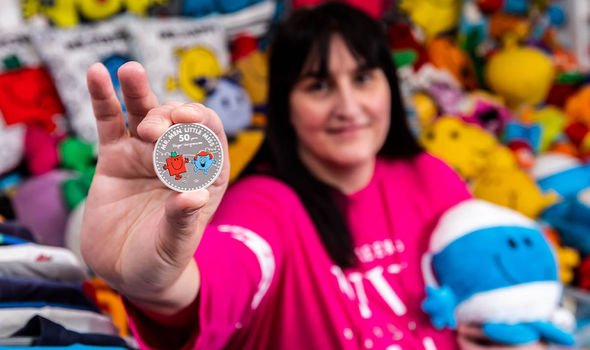 Alternatively, you can subscribe to the whole series for £195.

This is the ideal option for people who really don’t want to miss out on securing any of the three limited-edition coins.

You’ll only need to subscribe once for all three coins and each coin will be automatically dispatched on its launch date.

The payment won’t be taken straight away – the money will be taken out of your account when each coin is dispatched one by one.