Women have 55% lower income than men in retirement

WOMEN are being short-changed by the UK pensions system, retiring with 55 per cent less than men on average.

Government policies around auto-enrolment and the state pension mean that women are missing out and will struggle to save enough for later life. 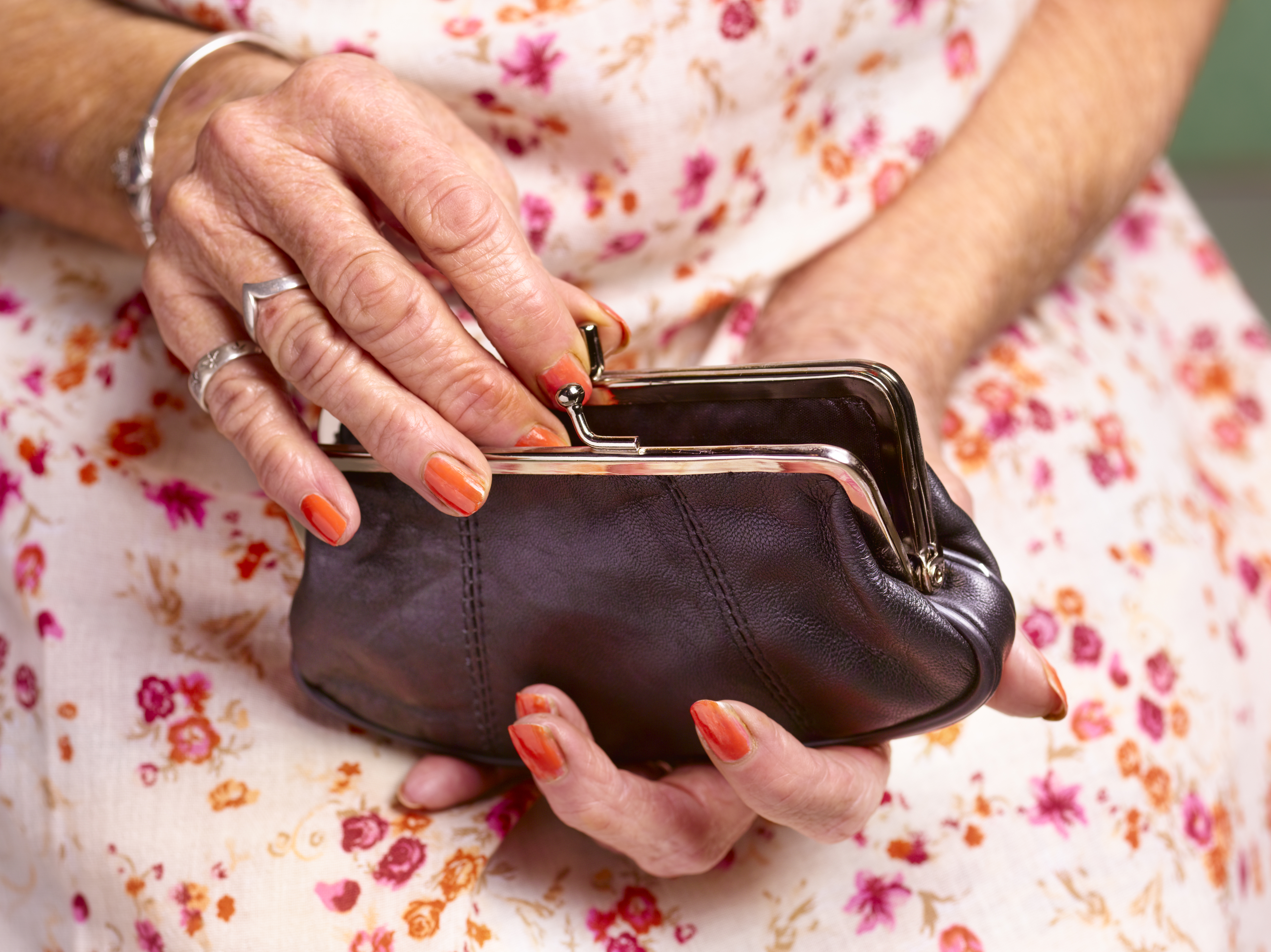 The average annual private pension income for men aged 65 and over is £8,620, but for women it’s £3,920, according to new figures from the Pensions Policy Institute and Now: Pensions.

There's currently a huge number of women in employment – 72 per cent – which is the highest number since records began.

So you would expect to see more women with decent pensions pots and savings approaching that of men.

But several quirks in the UK system – not to mention the gender pay gap – mean that women are falling behind.

This often means interrupted pensions contributions, which leaves women with pension pots of £100,000 less than men on average.

It also means that they often miss out on useful pensions contributions from their employers.

To qualify for auto-enrolment, which means that someone starts automatically saving for a pension and gets tax benefits and employer contributions too, a worker has to earn £10,000 a year with one employer (before tax).

Many part-time women do not cross this threshold, meaning they miss out on valuable cash from the government and the companies they work for.

Even when in full-time work, the gender pay gap shows that even women tend to earn less than men and people on lower incomes may not meet the threshold for auto-enrolment.

By comparison, just 12 per cent of male workers earn under the threshold.

What can the government do?

Baroness Jeannie Drake, one of the architects of automatic enrolment, said: “Millions of savers miss out on workplace pension contributions when they are caring for children or elderly relatives.

"This is why I lodged an amendment in the Lords to the Pension Schemes Bill just last week, seeking a review by the Secretary of State of how auto-enrolment provisions could address the pension penalty in retirement that relevant carers experience.

"A ‘carer top-up’ for those who are missing out on workplace contributions would make a real contribution towards their pensions."

Baroness Drake's suggested top-up would help approximately three million women, in addition to 300,000 men, build their pension savings whilst taking time out of work to be carers.

Tips if you're a part time worker

HERE'S some tips to boost your pensions saving if you work part time.

Some employers will make contributions even if you don't earn above the threshold – contact yours to see if you can join.

Even if your employer won't pay up, it's still worth setting some money aside as you'll get tax relief from the government.

If you're caring for a child, make sure you register for child benefits, even if your partner earns over the £60,000 limit.

Registering for child benefit will also give you national insurance contributions, which help you reach your state pension entitlement.

When you register you can tick a box if your partner earns over the £60,000 limit so you don't receive the benefit, but still get the credits.

If you're a grandparent under state pension age caring for a child and both its parents work you can apply to have the pension credit transferred to you. Find out more here.

People who hold multiple jobs can quite easily earn more than the £10,000 threshold, but because they have lots of bosses they still don't qualify for auto-enrolment.

This is because the rules say that businesses only have to auto-enrol you if you earn enough from them.

Again, this flaw in the system mainly affects women.

If additional jobs were taken into account, an extra 80,000 people would qualify for employer contributions.

What can the government do

Now Pensions is calling for the government to make the system fairer for people will multiple jobs.

This would mean tens of thousands of people saving more for their futures.

Joanne Segars, chair of trustees at NOW: Pensions said: “Whilst auto enrolment continues to give workers the head-start they need to prepare for retirement, policy and regulation around saving for retirement need to better reflect the changes in the workplace and society.

"The focus now needs to be on making it fairer for everyone who is trying to save for their future and accommodate the millions of women who are locked out of the current pension system.

"We are hugely supportive of Baroness Jeannie Drake’s family carer top-up and want the Government to act now to accommodate a fairer pension system for women with two or more part-time jobs.”

Tips if you work multiple jobs

You should asl all of your employers if they will pay contributions even though you're below the threshold, plenty of businesses do.

If they will sign up and make the maximum contributions

Even if they don't it's worth joining the schemes anyway for the tax relief you'll get.

If you're under 40 you could consider setting up a Lifetime ISA for pensions saving.

If you save less, the government will still add a 25 per cent bonus.

You can't take the money out until you're 60 and if you do you will lose 25 per cent of your pot.

It is failing the self-employed

Lots more people in the UK are working for themselves than ever before, with 5.03million people in self-employment.

More women are moving into self-employment than men too, building new careers around caring obligations.

Last year, ONS figures showed that 31,000 more women started to work for themselves in the last few months of 2018, twice the rise among men.

But these female entrepreneurs are putting their future financial security at risk, because auto-enrolment rules do not apply to the self-employed.

What can the government do?

Research from Aegon found that a fifth of financial advisers said sorting a pension solution for the self-employed should be the top priority for Rishi Sunak's first budget.

Stephen Cameron, pensions director at Aegon said: "The growth in the self–employed does not come without significant challenges, particularly when it comes to saving for retirement.

"There is a clear divide between employees enrolled into a workplace pension and the self–employed who do not benefit from auto–enrolment and the boosts to their retirement savings that come with this such as the employer contribution.

"Much more is needed to be done to address this inequality and make pension savings the ‘default’ for these workers.”

Tips if you're self-employed

Make sure you're entitled to the full state pension.

To qualify for any state pension you need 10 year's of National Insurance Contributions, to get the full amount you need 35 year's worth.

You can check your records to see what your entitlement is likely to be here.

If you're falling short you may be able to pay voluntary contributions to up your entitlement.

Consider setting up a private pension. While you won't get employer contributions, you'll still get tax relief.

You can also consider a Lifetime ISA if you're under 40 and benefit from getting the government 25 per cent top up.

Self-employed people can also use NEST (the National Employment Savings Trust) to set up a pension.

This means your charges will be capped like with other workplace pensions and they'll take all the hassle out of choosing for you.