Your Virgin Media bills will be hit by biggest increase in YEARS: Act now to beat the hike 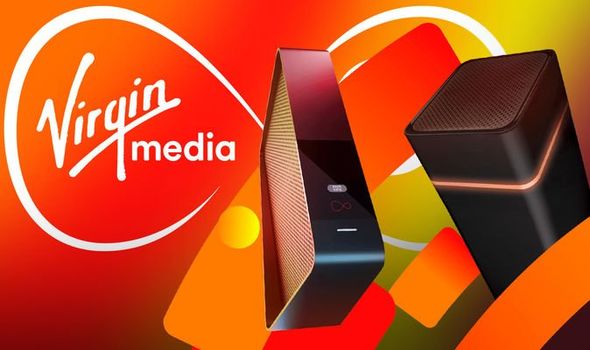 Virgin Media will increase monthly bills for millions of its broadband and television customers across the UK by the biggest single price rise in years. Starting from March 1, 2022, the average Virgin Media customer will see prices rise by £4.70 a month. That’s around £56.40 extra to be paid each year for the same speeds. Of course, since this is the average, some customers can expect to pay much more too.

Customers with broadband contracts with rival companies, including BT, EE, TalkTalk and Vodafone, do not yet know how much extra they’ll be paying each month – but since the rate is linked to inflation, experts expect these companies to also hike prices by the biggest margin in years. Virgin Media raised prices for all customers by an average of £3.63 a month last year, or around £43.50 a year. However, some exceptional customers on older contracts saw bills increase by as much as £54 a year in 2021, meaning they’ll be paying an extra £110 by the end of this calendar year for their connection. It also means the average Virgin Media customer in 2022 will be forced to pay more than the small minority who experienced the biggest increase last year. Ouch.

The really bad news? If you’re still within the minimum contract term with Virgin Media, there’s nothing you can do.

The company reserves the right to increase prices as its own costs rise with inflation. However, if you’re out of the minimum term of your contract – that’s usually 18-months with Virgin Media – then you’re free to shop around and switch to another provider, or a new deal with the same provider. A report from Ofcom estimated there are 8.7 million people who are out-of-contract in the UK right now and could be getting a better deal, so it’s definitely worth logging into your online account with Virgin Media or checking the paperwork sent out at the start of your contract to work out whether you’re got wiggle-room to negotiate or not.

If you’re looking to drop your monthly bills and keep a respectable download speed, you’ll struggle to find better than this M100 deal from Virgin Media’s January Sale. With the average broadband speed in the UK sitting around 70Mbps, you’ll be able to binge boxsets, download apps and make video calls without a stutter on this connection. Virgin Media has also waived its pricey set-up fee, which usually costs between £30 and £35. Brilliant!