Goodbye Zoombombers! Conferencing app now lets hosts pause meetings to eject unwanted guests and warns when a meeting is at high risk of being hacked

In another update, meeting participants can now report troublesome users directly by clicking the Security badge.

The company said its also begun scanning social media for at-risk meetings and notifying organizers how best to fend off potential Zoomhacking. 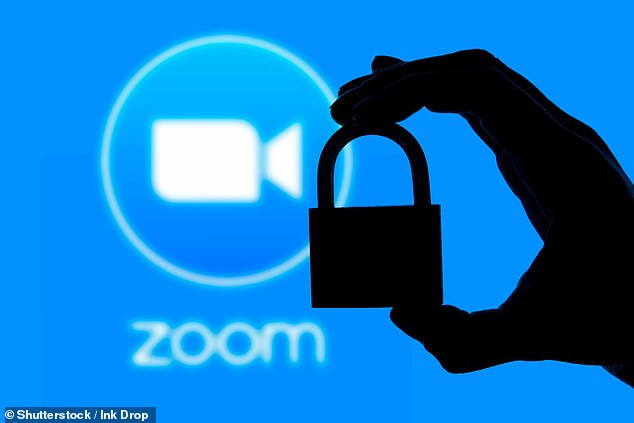 Since the beginning of lockdown earlier this year there has been an increase in ‘Zoombombing.’

The new features are enabled by default and free for both paid and free Zoom users.

Both are available on the Zoom desktop clients for Mac, PC, and Linux and the mobile apps, the company said in a blogpost, with support for the Zoom web client and VDI coming later this year.

When the ‘suspend participant activities’ feature is deployed, all video, audio, in-meeting chat, annotation, screen sharing, and recording will stop and Breakout Rooms will end.

Hosts can then report a user, share details and even include a screenshot. 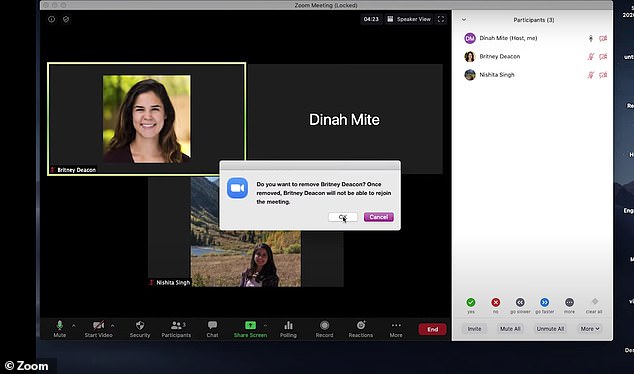 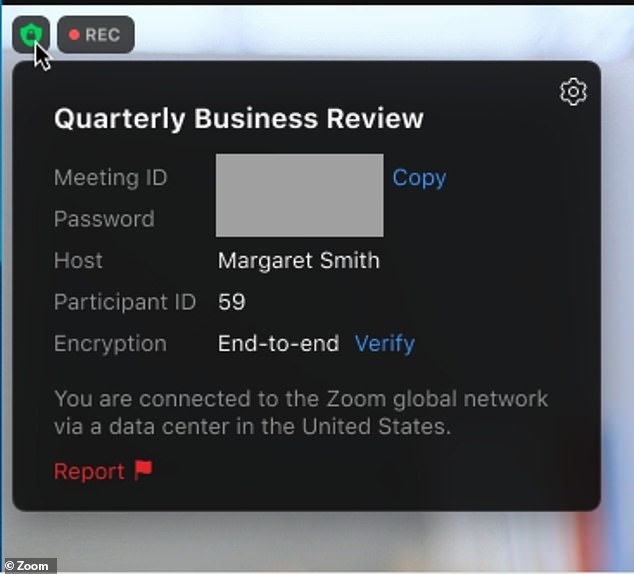 Meeting participants can now report a disruptive user directly from Zoom by clicking the Security badge, at top left

Once you click submit, the disruptive user is removed from the meeting and Zoom’s Trust & Safety team is notified.

You can then resume the meeting by individually re-enabling the features you want to use.

Zoom has also deployed an internal tool to identify meetings at high risk of being Zoombombed.

The At-Risk Meeting Notifier scans social media for publicly shared Zoom links and emails the account owner with tips on what to do.

‘These steps could include deleting the vulnerable meeting and creating a new one with a new meeting ID, enabling security settings, or using another Zoom solution, like Zoom Video Webinars or OnZoom,’ the company said.

The video-hosting platform has become immensely popular during the pandemic, both for businesses moving online and individuals looking to stay connected with loved ones during lockdown.

Worcester Diocese members were left mortified after hackers infiltrated their Zoom meeting and subjected them to a barrage of offensive content. Zoom is now actively scanning social media in order to alert organizers of high-risk meetings about the risks of Zoombombers

With that increase has come an uptick in Zoombombers, gatecrashers who log into open Zoom sessions purely to disrupt them, often with obscene language and visuals.

In April, a meeting of HIV/AIDS advocates was interrupted by masked hackers who made lewd sexual gestures and used the screen-share option to display straight pornography.

The bombers were able to push attendees out of the session at will, Business Insider reported.

The unidentified hooligans shouted curses and told attendees to ‘convert to Islam.’

Since April, Zoom has instituted a number of security features to stymie Zoombombers, including turning waiting rooms on by default.

In September, the company added optional two-factor authentication, requiring users to provide an additional piece of information to join a meeting, such as a pin code sent via text message to their phone, as well as a password.