Netflix sci-fi series Altered Carbon came back to screens in February 2020. The show followed Takeshi Kovacs (played by Anthony Mackie) as he returned to his home planet and found himself trying to solve a new case. Here’s a look at the filming locations for the new series of Altered Carbon.

Where is Altered Carbon season 2 set?

Season two sees Tak returning to his home planet of Harlan’s World and is set 30 years after the events of the first outing.

The first run took place 300 years in the future, so the new series is 330 years ahead when the human race has ventured out across the universe and colonised new planets.

All the action takes place in various locations across Harlan’s World with a big setting being the AI hotel renamed the Nevermore after being called the Raven in the first series.

Speaking to Syfy wire, Altered Carbon showrunner Alison Schapker said to the Nevermore: It’s off-kilter. It’s as if the Raven collapsed in on itself, so it becomes the Nevermore.” 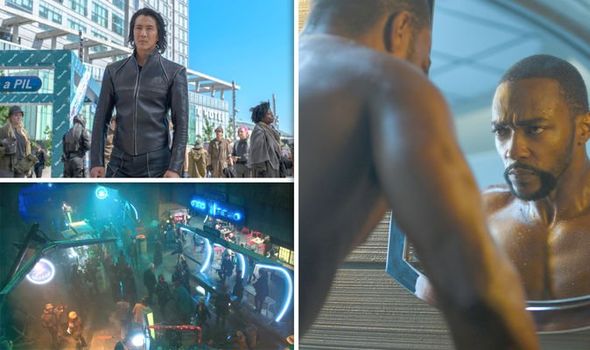 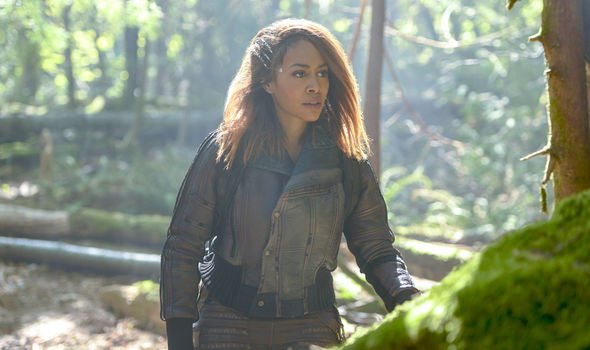 She added: “It has a different footprint. The bar is in the lobby now.”

Schapker revealed there were some other changes involving the drain in the show.

In season one, there was a logo of ravens on the drain but this changed along with the establishment’ name.

She said: “The blood goes down the drain, and the tile has changed. It’s now a skull.” 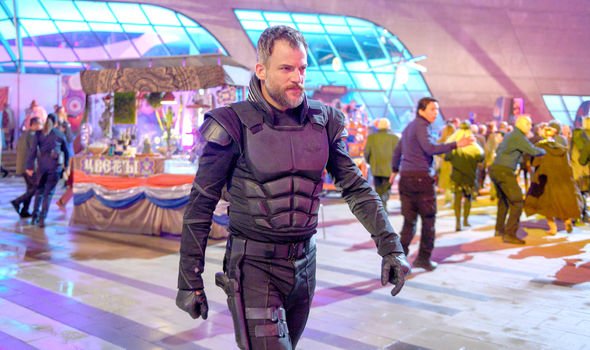 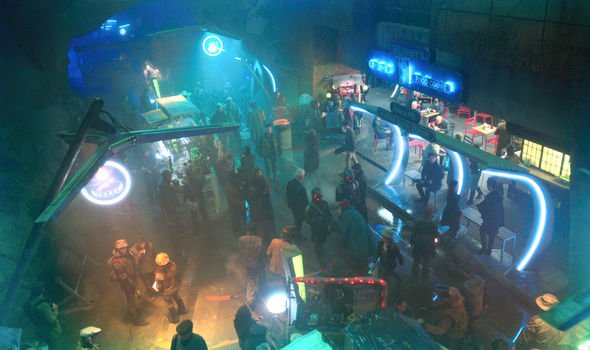 Another big setting is the quarters of Governor Danica Harlan (Lela Loren), who rules over her father’s planet with an iron fist.

This year there’s also an interesting setting in the form of an AI paradise, where people can retire.

Just like the first outing, there were flashbacks to the past with fans getting scenes from Quellcrist Falconer’s (Renee Elise Goldsberry) incarceration at the hands of Reileen Kawahara (Dichen Lachman).

There were also some fresh flashbacks involving the Founders of Harlan’s World including Konrad Harlan (Neal McDonough), who murdered the native alien species of the planet known as Elders.

Other settings in the show included the home of bounty hunter Trepp (Simone Missick), the caves where the resistance sought refuge, and the prison where Tak was initially held.

Where is Altered Carbon 2 filmed?

The show was filmed in a number of locations mainly in Vancouver Canada.

Altered Carbon was a combination of expansive sets and CGI.

Season two was filmed in similar locations to the first outing of the sci-fi hit.

Among previous locations where Altered Carbon was filmed include the Canada Post building, the UBC Museum of Anthropology and The Qube, among other places.

Speaking about filming on season one, former star Joel Kinnaman told Canadian news outlet K5 News: “We had one set that was three football fields deep.”

He continued: “[Around] 400 or 500 extras were milling around, it was a complete living, breathing city with noodle shops and construction workers and police officers… you just stepped into it and you didn’t have to imagine anything.”

The first run was filmed over the course of eight months, so the second run is likely to have been shot over a similar time period.