Andrew Neil savages Prince Harry ahead of GB News launch: ‘If it means he shuts up’

GB News is set to premiere on Sunday [June 13] with former BBC News presenter Andrew Neil fronting the news channel. He will present the launch programme on Sunday and then have his own 8pm show four nights a week. Ahead of its launch, Neil teased viewers with what they can expect from the channel which will run from 6am to midnight every day. However, the TV host couldn’t help but have a dig at the Duke of Sussex in the process.

In a new interview with the Daily Mail, the 72-year-old, who will open GB News with an hour-long show, admitted that he is glad Prince Harry “is going to take some time off”.

He told the publication: “I’m not sure what he does to take time off from, but it is good he is taking time off. If it means he shuts up and gives us a break.”

Neil went on to add that if he ever got to interview the royal, the one question he would ask would be “What went wrong?”.

He continued: “This was a nice young man who was a credit to the Royal Family, who put his life on the line, joined the Armed Forces, went to Afghanistan – and it was dangerous out there.” 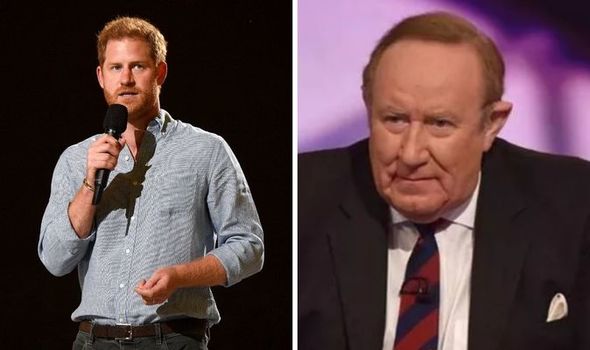 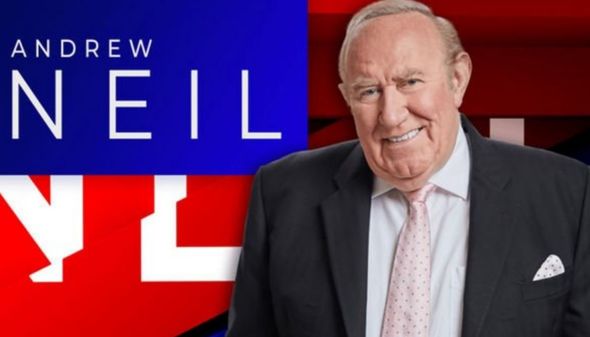 “Then he went and did this wonderful thing with the Invictus Games,” he added. “I don’t know anybody who wasn’t delighted that he was marrying Meghan [Markle].”

Another name that has jumped ship from the BBC is Simon McCoy, while Alastair Stewart parted ways with ITV and will host a weekend show.

Kirsty Gallacher has also left Sky and will take the reins for the breakfast team.

Earlier this week, Neil also revealed that the GB News team would have a completely different way of “packaging the news” 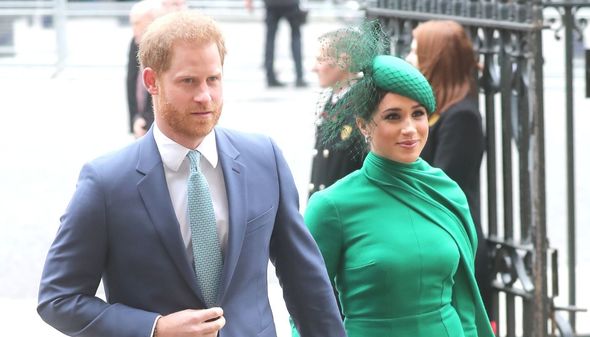 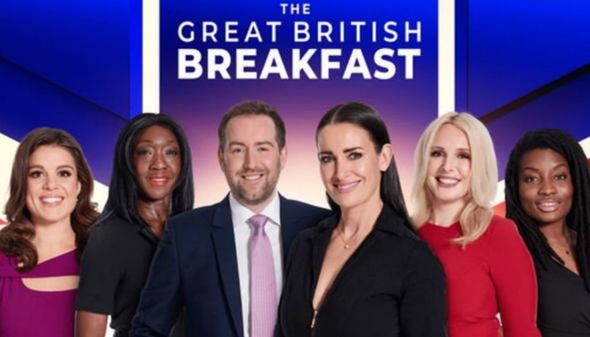 He went on to add to the Radio Times that what they have learned from America, which is always ahead of Britain when it comes to presenting the news, is that “rolling news” doesn’t go down well with viewers.

“We won’t be doing rolling news, we won’t even be doing news bulletins,” the TV presenter confessed.

“The content we select will be chosen by the presenters and their editors.

In order to contribute to the network, Neil quit his role on the BBC after more than 20 years.

His decision to leave the broadcaster came after they decided to cancel his programme, The Andrew Neil Show, last year.

The politics show was taken off air during the pandemic and BBC Two later announced it wouldn’t return to its schedule amid cuts.

Posting from his official Twitter account at the time, Neil said: “Despite sterling efforts by new Director-General to come up with other programming opportunities.

“It could not quite repair the damage done when Andrew Neil Show cancelled early summer and Politics Live taken off the air,” his tweet continued.

“But I leave with no animosity or desire to settle scores. I look back on my 25 years doing live political programmes for the BBC with affection.”

GB News is hoping to provide viewers with 6,500 hours of television each year.

It will air on various platforms including Youview on channel 236 whereas Sky and Virgin Media are putting it on channels 515 and 626 respectively.