AN ANTIQUES Roadshow guest was clearly stunned as he was told the huge value of his John Lennon drawing.

The mouth-dropping valuation was made even more significant, as the piece had once been lost and its whereabouts unknown. 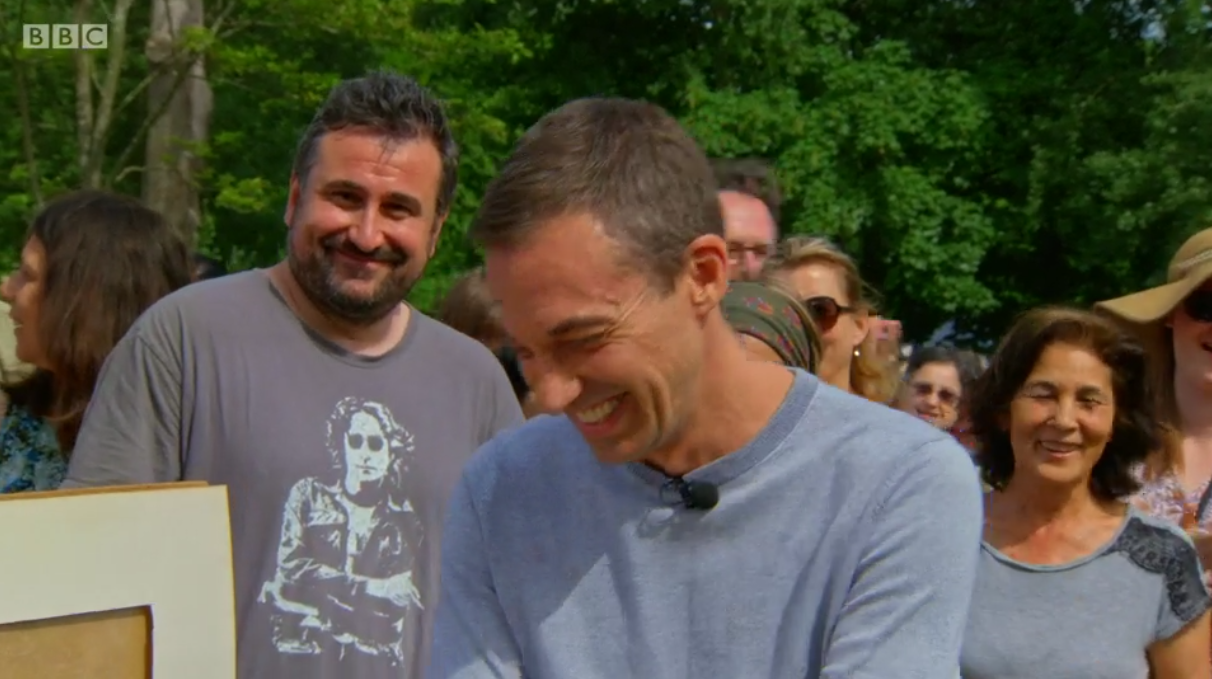 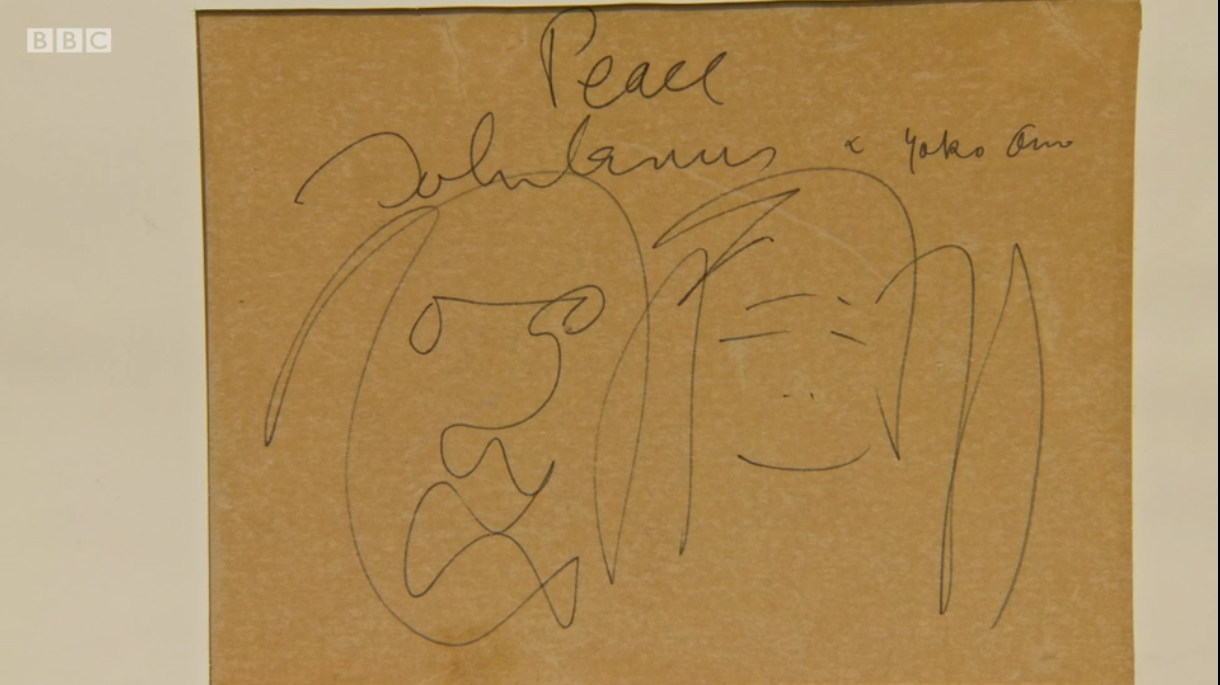 A crowd gathered as show expert Hilary Kay got the opportunity to look at the unique offering on the grounds of Morden Hall Park.

Looking at the ink drawing, she said: "We've got here, what I can only describe as, a sensational self portrait of John Lennon and Yoko Ono under the sign 'Peace' and their signatures.

The guest explained: "Both my parents worked in television and this is done from the early summer of 1969 we believe, just after the Peace Bed-in.

"After they got married, they flew over to London to do a series of interviews and my father was filming the interviews – he was a cameraman back in the 60s – and asked them to sign this just before they walked out of the studio."

He went on: "They had their boomerang limousine out the back and just before they walked out, my dad passed the card to John…

"He signed it and passed it to Yoko… And this is what he got back."

Despite the significance of the item, the owner revealed it hadn't always been stored as well as expected.

He admitted: "We lost it until about the late 80s, it was misplaced and then we found it clearing out a coat cupboard.

"We got it framed and it's been on a wall ever since."

Leading up to the valuation, Hilary commented: "The attention for this is international and attracts people with pockets that are quite deep. 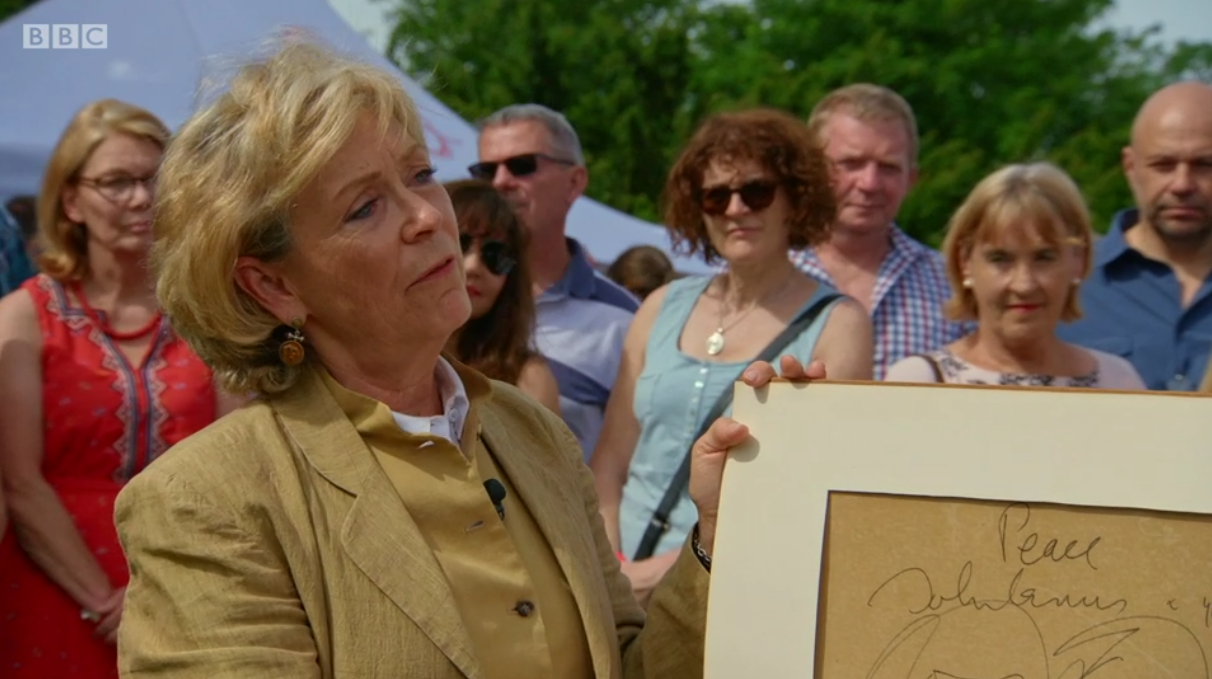 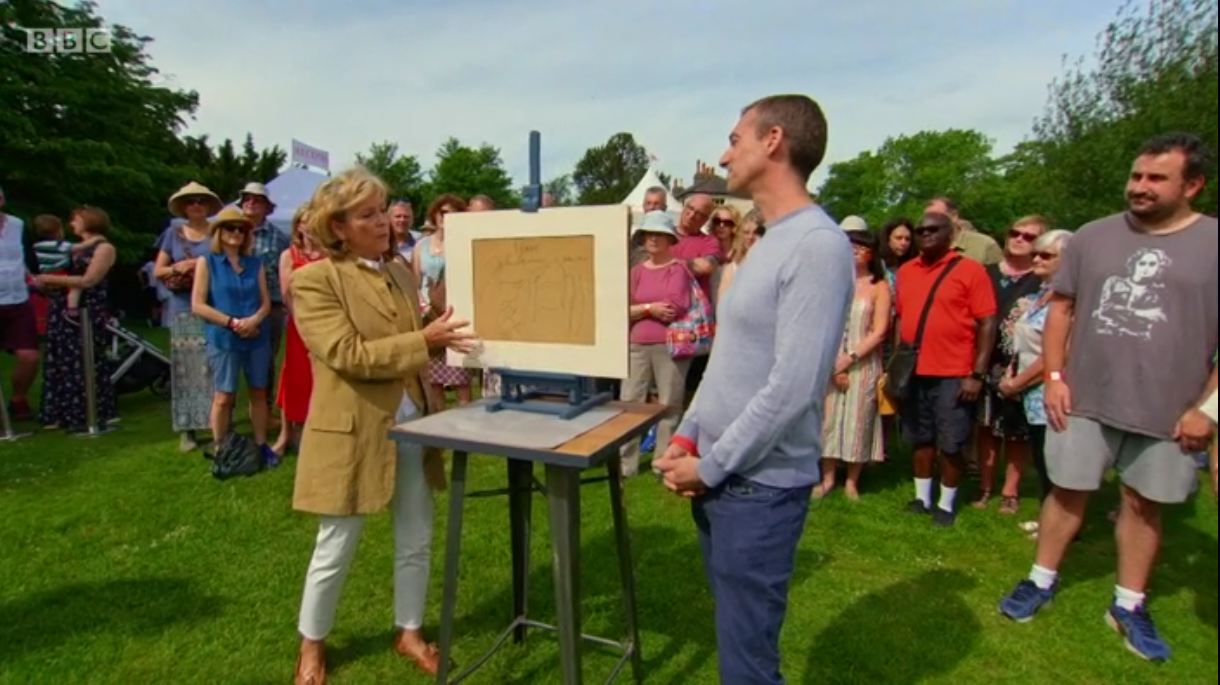