When one guest brought along a Donald Trump vanity set, Antiques Roadshow host Fiona Bruce stepped in to discuss with the owner where he found the unusual item. However, when BBC expert Marc Allum revealed exactly how much the set was worth, the guest was notably subdued by the valuation.

Fiona said: “When I arrived here this morning and a little bird told me that this item was being brought in I thought all my Christmases had come at once.”

“It is a Donald Trump vanity set,” she added. “Geoff, this little joy is yours, tell me about it.”

“Very simple I went to a charity shop, [it cost] five pounds,” the owner revealed.

“So let’s have a look so we’ve got this rather heavy resin box with a yacht on the front and inside look at that,” Fiona continued. 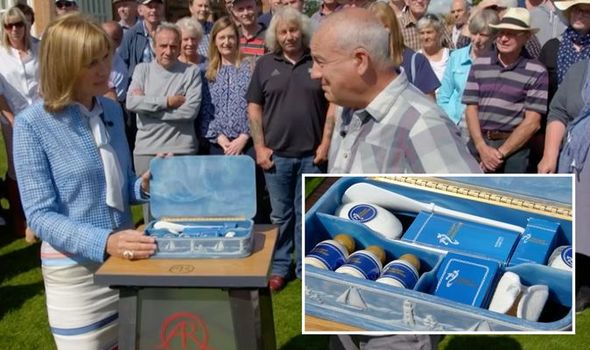 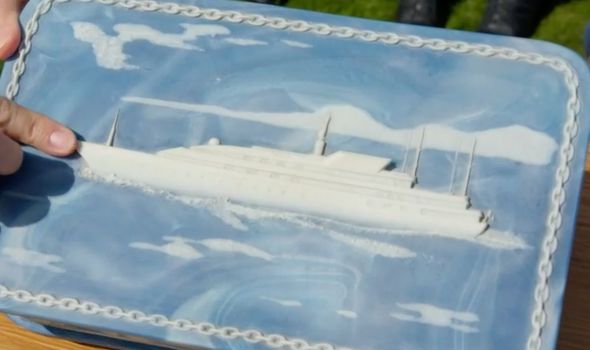 “It was Donald Trump’s yacht,” Geoff noted and Fiona added: “One of his many yachts I imagine.”

“He bought it from Adnan Khashoggi,” the owner confirmed before the host commented: “Another fabulously wealthy man.”

“Apparently so,” Geoff said. “I believe he had to sell it as part of the Ivana Trump divorce.” 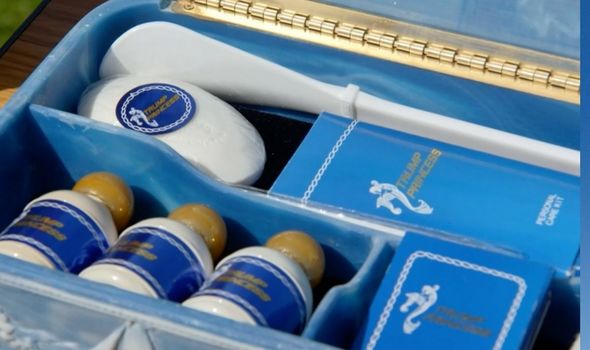 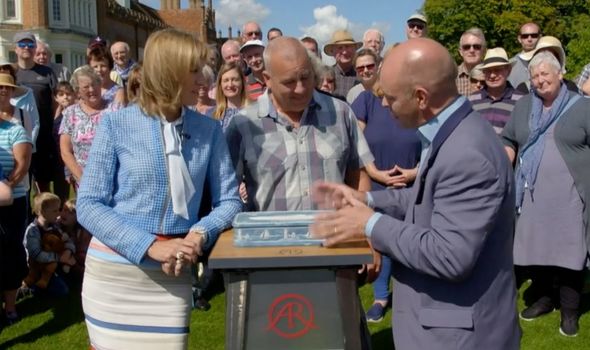 “What I love about it is every single item has his name on it because we know he likes to put his name on his buildings,” Fiona remarked.

She then pointed out the items in the set which included soap, a personal care kit, shower cap, emery boards, sewing kit, shampoo, conditioner, body lotion and shoe horn.

“Now, has it got a comb? Fiona asked. “Surely this is the big ticket item, do we think ladies and gentlemen this would do the job for the Trump’s barnet?

“I don’t think it would. I imagine he has an industrial size comb for that extraordinary comb over confection.”

“So you bought it for a fiver and 12 years ago it probably was just worth a fiver but now that we have Trump the president,” Fiona said.

“It’s doubled in price,” Geoff guessed before Fiona added: “You never know it might be worth more than that.”

“Our miscellaneous expert Marc Allum has been watching over there Marc, do you want to come and have a look at this fabulously kitsch item?” Fiona asked.

“It’s wonderful and kitsch has a certain appeal and certainly given his notoriety,” the expert said.

“I have to say if I’d been staying on his yacht I probably would have taken a few things home as a souvenir.”

Geoff was obviously underwhelmed by the valuation and remained silent while Marc tried to lighten the mood.

The expert said: “Who knows, let’s tweet it and see if Mr Trump thinks it’s been stolen.”