IN the dusty hill country of northern Mississippi, where cotton won’t grow, there once was a humble roadside shack with a rusty corrugated iron roof.

The ramshackle exterior of Junior’s Place, in the tiny settlement of Chulahoma, offered little clue to what went on inside.

For this was a typically riotous “juke joint” devoted to dancing, gambling, drinking and, most importantly, music of the authentic blues variety.

It burned down in 2000 but was already a theatre of dreams for the young Dan Auerbach.

In 1997, aged 18 and already infatuated with the blues, he and his dad drove from their home in Akron, Ohio, to the club run by the late Junior Kimbrough, master of visceral, rhythmic hill country blues.

Today, Auerbach remembers his pilgrimage to Junior’s Place “one Sunday night — because it was only open on Sundays” as if it were yesterday.

Talking to me from his adopted home town of Nashville, where he runs his Easy Eye Sound Studio, the singer-guitarist says: “When you’re out there in the country, it’s so dark — but the stars are so bright. Outside, the joint looked as if it was about to cave in, very haphazard with a lot of plywood.

“But it was incredible inside. The walls were painted different colours and there was glitter in the paint. There were portraits lining the walls of great black leaders like Martin Luther King and, er, Oprah Winfrey (laughs).

“There was a tiny little counter in the back where they sold beer and there was no stage, just a little spot where the musicians played.”

Auerbach was mesmerised by the clientele.

“At a certain time, people just started to show up either by car and on horseback,” he recalls.

“These black dudes with cowboy hats! And I was like, ‘What the f***’s going on?’ That was the first time I ever saw a black cowboy. I didn’t even know they existed. 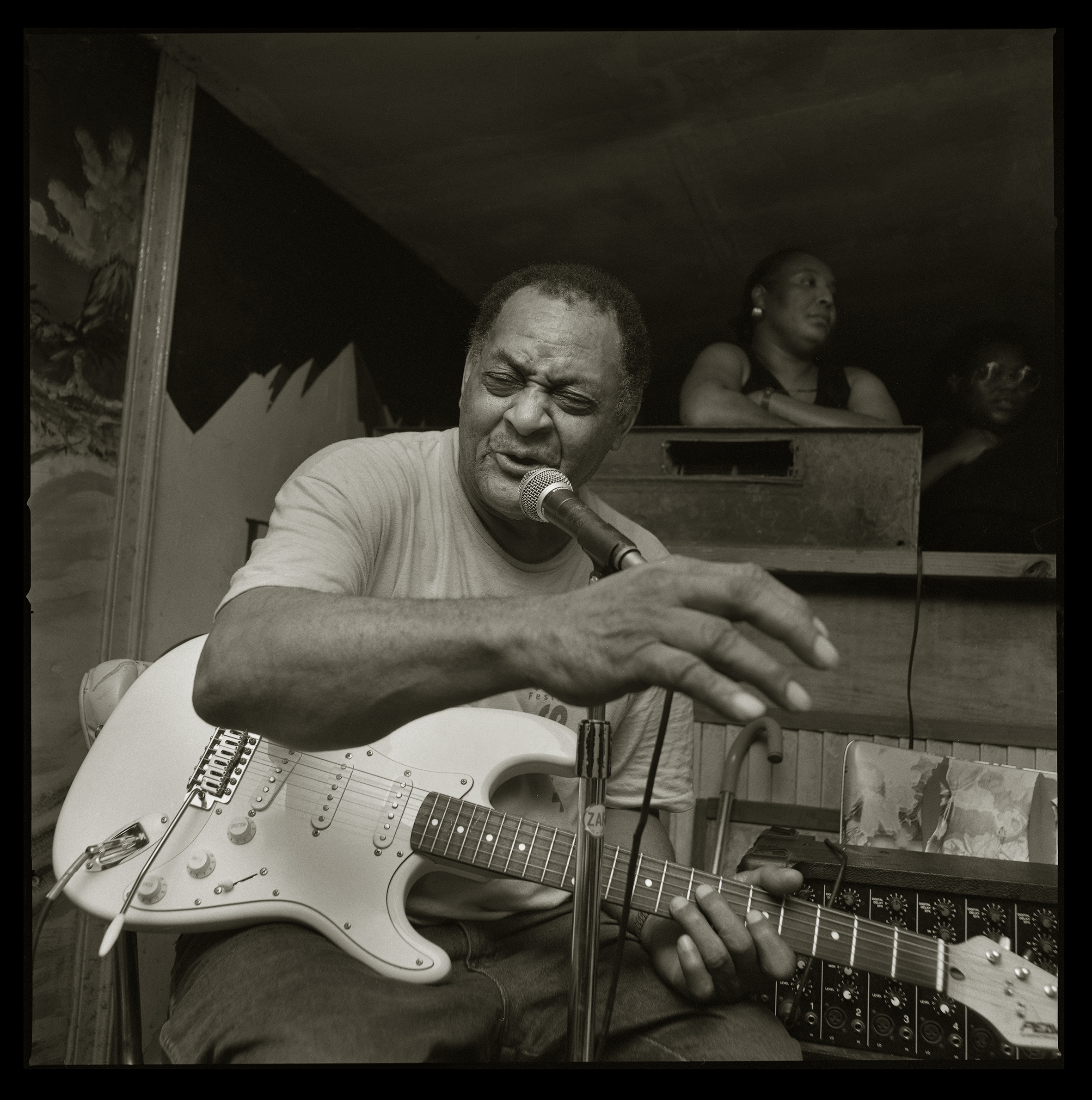 “The whole thing was amazing and I suddenly realised that I was in a totally different universe. The people were very welcoming and the music was very special.”

On that particular day, Kimbrough was sick — he died the following year aged 67 — meaning Auerbach never got to see his hero play live. But he met Kimbrough’s musician son Kenny, who he describes as “the sweetest guy ever”.

“Kenny told us, ‘If you can loan us some money to bail my brother out of jail, he’ll come here and play too’. That was David Kimbrough, who could do his dad’s songs better than anybody. So we got him over and the music started bouncing off the walls. Everyone was dancing like crazy.”

In 2006, still four years before The Black Keys’ breakthrough album Brothers, they made an EP of Kimbrough covers, fittingly called Chulahoma.

Now Auerbach and Carney have revisited similar territory for Delta Kream, recorded over a couple of days in December 2019 — before Covid-19 upended all our lives but long after they established them-selves as a Grammy-winning global force in music.

For an added whiff of authenticity, the Seventies cover shot that gives the album its title was taken in Tunica, Mississippi, by celebrated photographer William Eggleston — and comes complete with a cream-coloured Oldsmobile Cutlass in the foreground.

R L Burnside and Junior Kimbrough, these guys are as important as Howlin’ Wolf and Muddy Waters

Auerbach explains that the project happened by chance when he was producing the album Sharecropper’s Son by soul and blues powerhouse Robert Finley, the America’s Got Talent cont-estant who only started making widely released albums in his sixties.

“I was having such a good time with those guys that I decided to call Pat and see what he was doing the next day,” says Auerbach.

“I didn’t even know if Pat was in town but he came over for a little jam session because Kenny Brown was our f***ing hero.

“Kenny was blowing my mind. I was sitting next to him and I just thought, ‘Holy s***, man!’

“The sound he made was so identifiable and he was doing the same thing on those Junior Kimbrough records.

“Kenny’s the architect of hill country blues and it was an absolute honour to hang with him, let alone play.”

For Auerbach, it was a no-brainer to take those informal jam sessions to the next level.

He enthuses: “I hadn’t played these songs in ten years or more and I’d never sung (Burnside’s) Going Down South in a falsetto, so everything felt like new.”

Live-in-the-studio recordings yielded fresh, fully fledged renditions of tracks Auerbach and Carney had loved so much.

The resulting album kicks off with the mesmerising Kimbrough version of a song long associated with John Lee Hooker and once attempted by The Doors: Crawling Kingsnake. There is also room for free-flowing takes on Missi-ssippi Fred McDowell’s Louise, Ranie Burnette’s Coal Black Mattie and Big Joe Williams’ Mellow Peaches.

“It was a good moment to make music this way,” says Auerbach. “It was so spontaneous, with no overdubs.

“There was a magic there which can never be underestimated.”

“So what is the appeal of hill country blues?” I ask.

“Well, it’s hypnotic and it has a hard edge,” Auerbach decides. 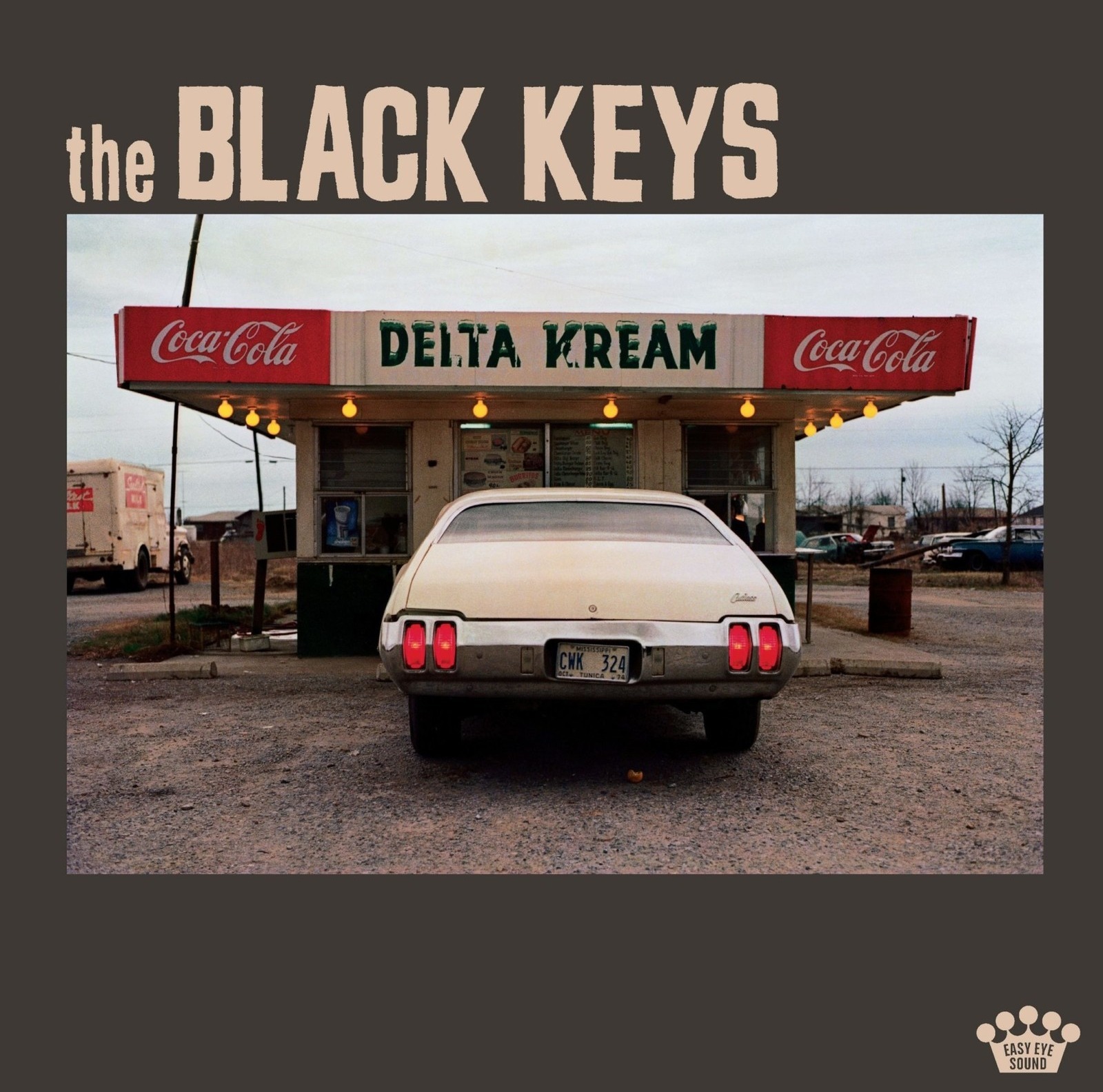 “Compared to normal blues, it has a more driving rhythm and is deceptively simple.

“Sometimes it’s just one chord but there are little twists and turns and the songs tend to be long. This is music for clubs, for dancing to. You want to get the audience into a trance.

“Eric (Deaton) says when he played with Junior, there was a moment, maybe seven minutes in, when he could feel a connection in the room between the people and the song. There’s something exhil-arating about this music which is in the subconscious.”

In the Nineties, the small, independent Mississippi-based Fat Possum Records gave a home to new LPs by Kimbrough and Burnside, despite their advancing years, leading to a revival of interest in hill country blues.

In the early 2000s, the label signed The Black Keys — a natural fit rep-resenting the next generation — releasing two of their early albums: Thick-freakness (2003) and Rubber Factory (2004).

Auerbach is eternally grateful for the opportunity afforded by Fat Possum.

“I wouldn’t be here and we wouldn’t be talking if they hadn’t done what they did,” he says. “They saw dollar signs in us — and rightly so. But they didn’t see them when they put out Junior and R L. That’s what’s really important.

“They put out those records when no one else gave a f*** and they have become masterpieces to me.”

Today, Auerbach remains on a mission to get even wider recognition for both Kimbrough (1930-1998) and Burnside (1926-2005), including campaigning for their own stops on the Mississippi Blues Trail.

He becomes quite emotional when he talks of their significance.

What’s the appeal of hill country blues? It’s
hypnotic with an edge

“Kimbrough and Burnside are just as important as Howlin’ Wolf and Muddy Waters,” he says. “They made some of the most important records of all-time. Kimbrough’s Sad Days, Lonely Nights is a masterpiece and Burnside’s Too Bad Jim (1994) is one of the greatest blues albums ever made.

“It’s all about the feel. I think it’s time to recognise those guys because they made that music very real.

“We thought it was f***ing weird when people played post-punk because that s*** had been dead for decades.

“But we went to the Euclid Tavern in Cleveland, Ohio, and saw R L Burnside and Kenny Brown, with Cedric Burnside on drums, rock an audience. They absolutely killed it.”

Auerbach has an interesting take on the way hill country blues helped blur racial divides in America’s South and beyond.

To him, the fact Kimbrough and Burnside, both black, hired Kenny Brown and Eric Deaton, both white, to play on their records is a classic example. If people researched blues, I think they’d be really surprised,” he says. “Some of the greatest records of all-time were made when everybody was all jumbled up. That’s when the good s*** happened.

“I’m happy to talk to you about race but really I just want music to sound good coming out of the speakers.”

This simple aim certainly applies to Delta Kream, which sounds great coming out of speakers with the volume turned up to 11.

The record affirms the roots of The Black Keys, another subject Auerbach is happy to elaborate on.

He says he was first turned on to the blues by “my dad’s record collection and my uncle Tim’s crazy, great raw stuff”.

He continues: “That led me down the road to finding people like Hound Dog Taylor. Then all of a sudden, R L Burnside and Junior Kimbrough appeared out of the ether and they were real and they were happening.”

As for his brother-in-arms Carney, he says: “Pat and I hung out in different scenes.

“He was into lots of indie rock but also The Jon Spencer Blues Explosion and he knew about R L Burnside. He was the first person to ever play me The Stooges and I was the first to play him Junior Kimbrough.”

In The Black Keys’ early days, which involved incessant gigging, they would drive all night listening to their heroes.

“All of those musicians have a common narrative,” Auerbach says.

But even these hard-bitten types have had to deal with a year like no other since the pandemic took its grip, the cycle of album followed by world tour broken.

“It’s been a challenge,” says Auerbach. “I haven’t stopped working but I also get to hang out with my family a lot more, which has been amazing, and sleep in my own bed for a change.”

That said, this restless soul is looking forward “to getting back out there” and play live.

So, will he be including some of those “hypnotic” Kimbrough and Burnside songs in the set?