CHARLOTTE Dawson has hit back at social media trolls who left vile comments on a video of her stripping off in the snow while heavily pregnant.

The 28-year-old posted a clip of her dancing out in the snow in lacy black underwear and a full-length fur coat to clap back at those "hating" on her Christmas pictures. 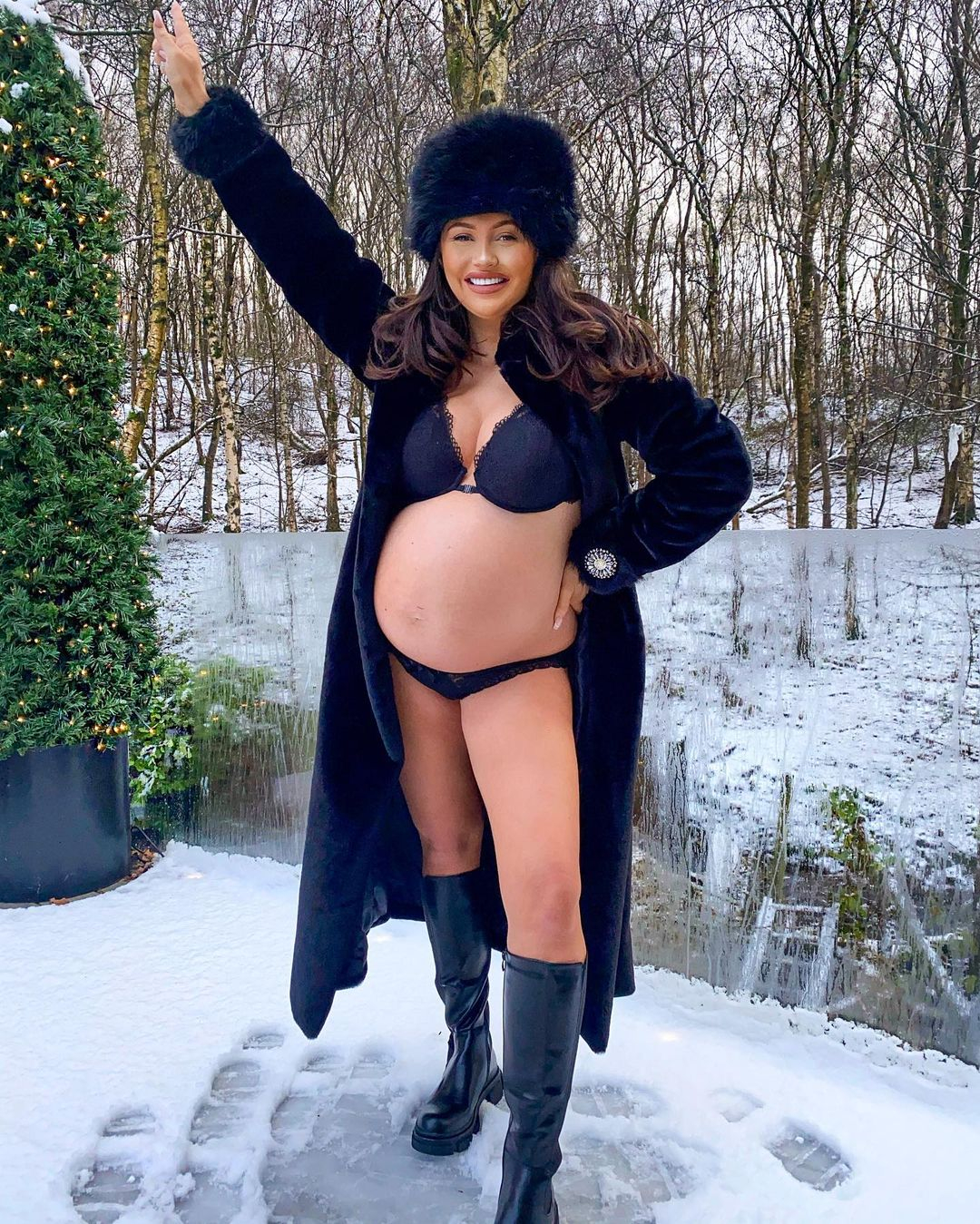 Charlotte, the daughter of late comic Les Dawson, posed outside on Monday while cradling her bump as temperatures plunged to minus three.

After receiving backlash from trolls over the sweet snaps, the star released a video of her playing in the snow, telling haters to "chuff off".

She is seen dancing to the Christmas classic Frosty The Snowman, picking up a snowball and throwing it in the air, all with a smile.

"For all the gimps hating on my snow pics, here is a video too," she wrote underneath the Instagram reel. "Me & bumpylicious are fine, fabulous and warm. 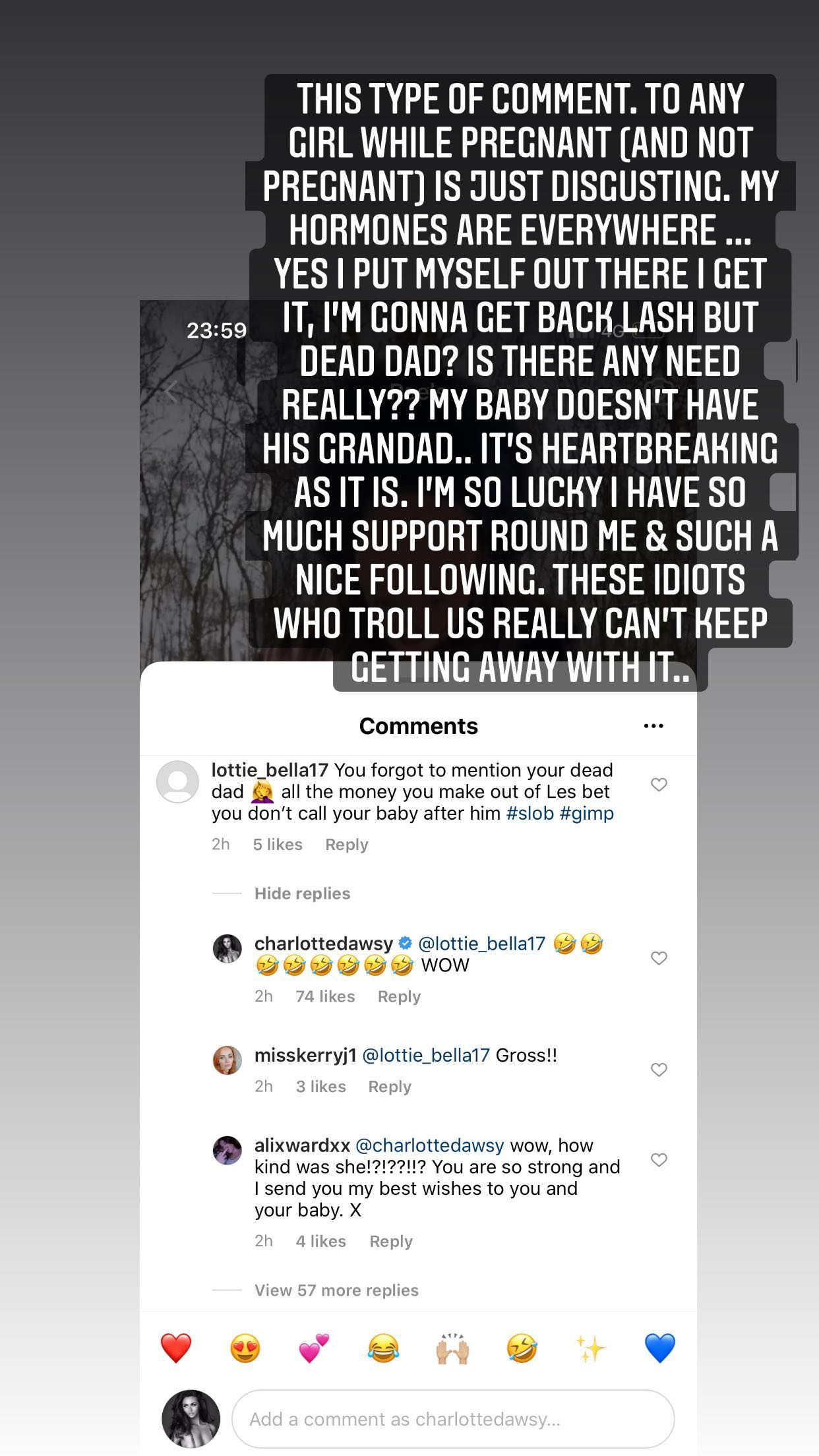 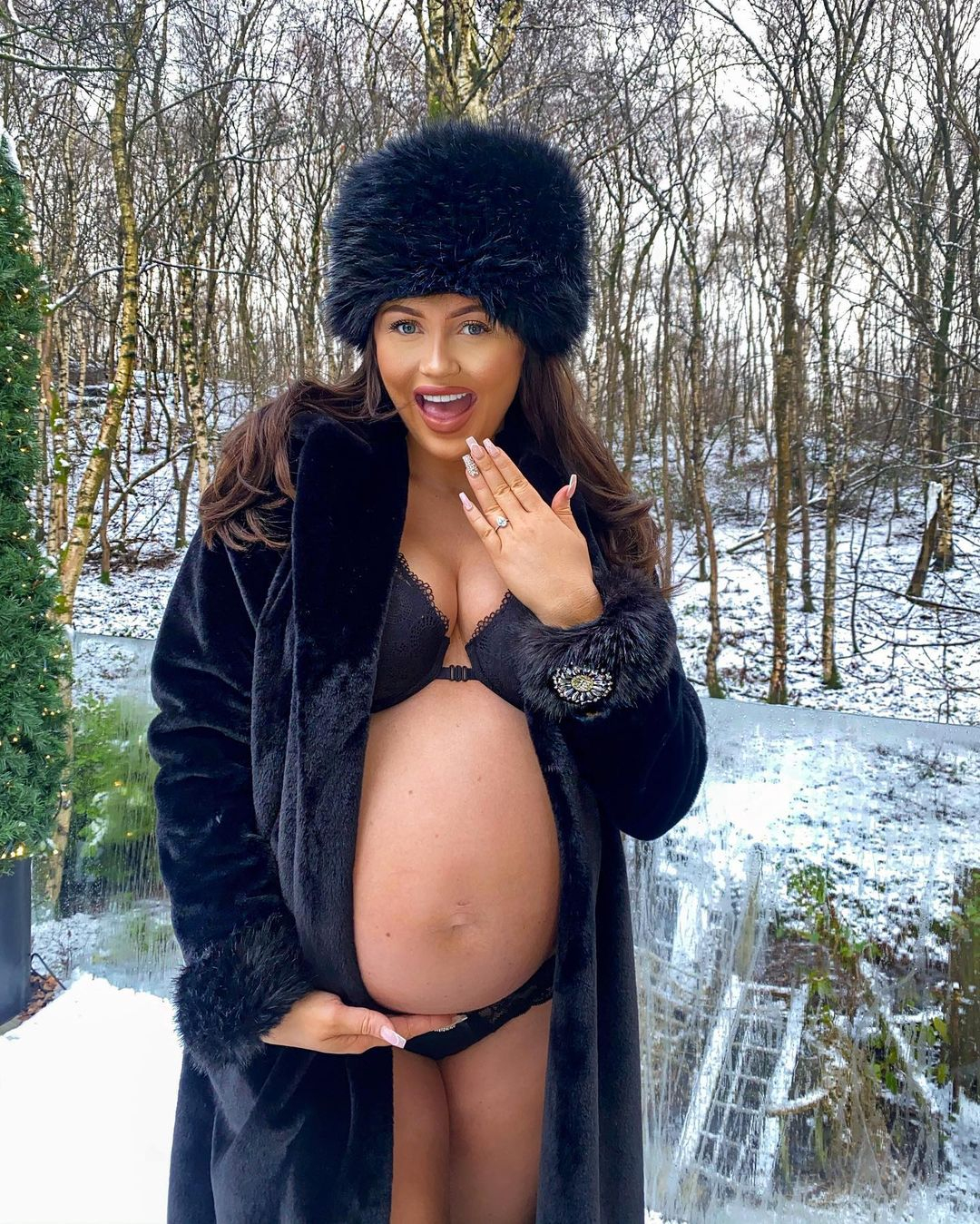 "I'm on my balcony which is safe and I'm right next to my door… so we are having fun, so CHUFF OFF if you don't like it."

She then took to her story to share some of the vile comments, with one woman taking aim at Charlotte's famous dad.

Posting a screenshot, the comment read: "You forgot to mention your dead dad. All the money you make out of Les, bet you don't call your baby after him."

Charlotte wasn't taking any nonsense and shared her reply with her 1million followers, calling the woman "just disgusting". 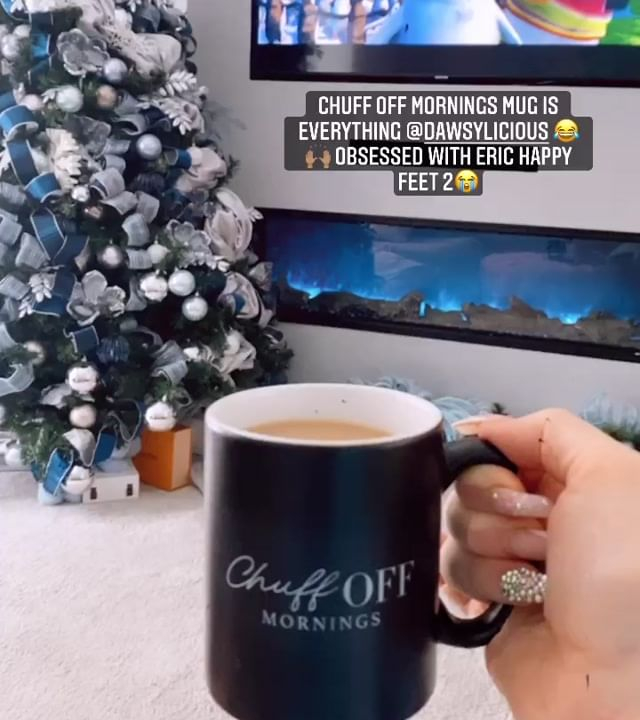 "My baby doesn't have his grandad. It's heartbreaking as it is… These idiots who troll us really can't keep getting away with it."

She revealed that the "keyboard warriors" words had been liked by five of her followers, telling them: "If you don't like me or my content, just unfollow."

To finalise her point, Charlotte posted a picture of her tea mug this morning with the words "chuff off" painted on the side. 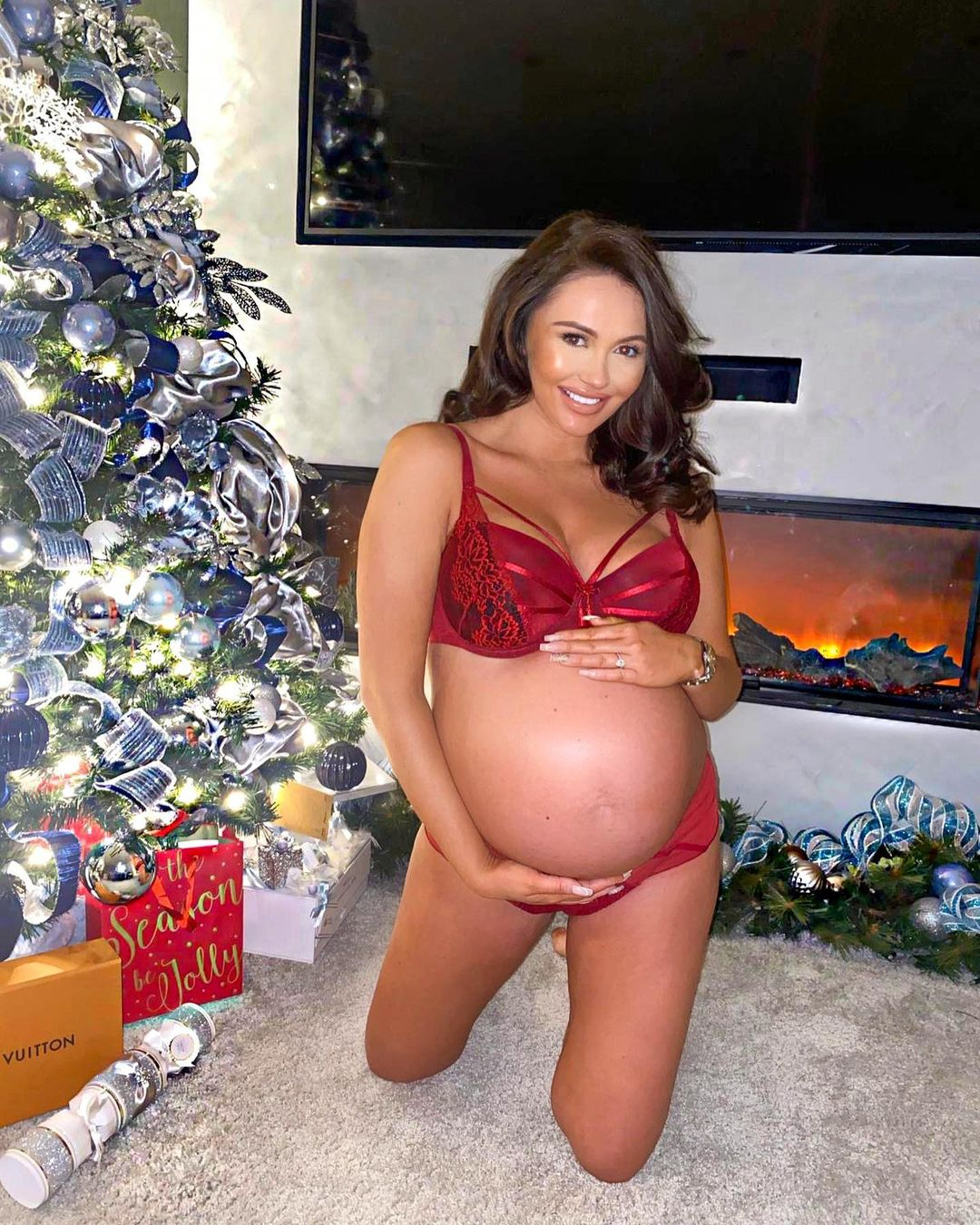 Charlotte revealed boyfriend Matt Sarsfeld had got down on one knee and proposed beside the statue of her dad Les in Lytham in September.

The pair are set to marry on January 25th – just a week before what would've been the legendary comedian's 90th birthday.

Les passed away from a heart attack in 1993 when Charlotte was just eight months old.