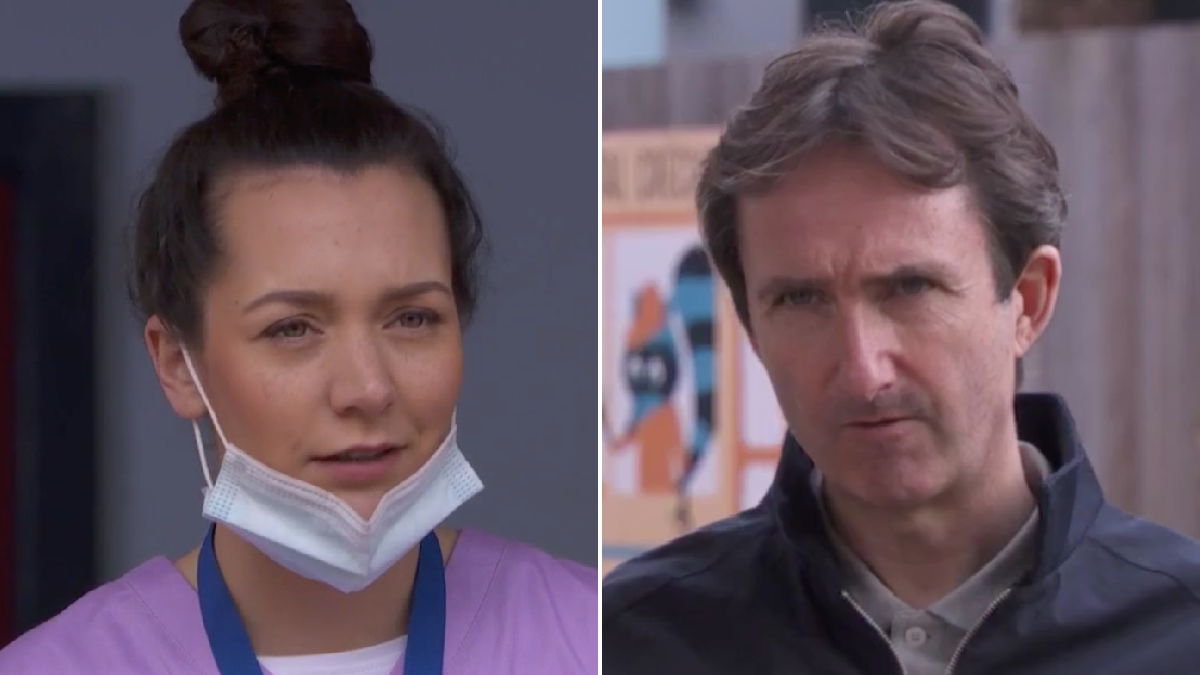 The mainstay of the Channel 4 soap had been enjoying a romantic afternoon with boyfriend Toby Faroe (Bobby Gordon) when she was summoned to work.

She tended to a young lad named Tommy, who’d injured his wrist amid a supposed fall down the stairs – and he also had lost consciousness.

Cleo enquired about how he came to get these injuries, but every time Tommy attempted to speak, his aggressive stepdad Adrian would answer on his behalf – leaving Cleo concerned.

Cleo relayed her fears to Toby, explaining that she thinks Tommy might be an abusive victim – and that Adrain is the abuser!

She attempted to investigate further, and therefore – once Tommy was on his own – she had something of a heart-to-heart with him, telling him he can trust her if there’s anything more he wants to add about his injury.

Tommy confirmed that there was more to his injuries than he initially claimed, but before he could finish his sentence, Adrian returned.

Cleo was forced to lie, claiming that the hospital needs to keep Tommy in overnight for observation given that he lost consciousness.

Toby was concerned at his girlfriend’s actions, reminding her that she could lose her job.

Cleo, however, reiterated that she did not care, as she refuses to let Adrian hurt Tommy any longer.

Will her plan work? Will she be able to expose Adrian? Or will she – and her career – pay the price?

Hollyoaks continues Monday May 10 at 7pm on E4.